As I've promised, in the second part of this article I am going to talk about software that can be used to back your data up before you go on... 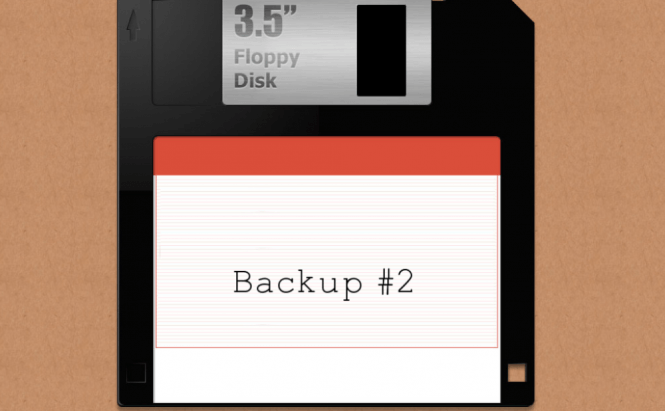 As I've promised, in the second part of this article I am going to talk about software that can be used to back your data up before you go on installing a clean operating system from scratch. There are a lot of paid and free products out there on the market. I did not have the pleasure of testing all of them but I did use the three you will, hopefully, read about in this article.

On a side note, I found a wiki list of 'all' backup software you can come across. To check out the list, please follow this link: List of backup software. It includes such entries as 'dump' and 'luckyBackup'. I have no idea why developers name their products this way. Who wants to try out the 'dump'? Similarly, I wouldn't want to backup my computer based solely on luck, however good this project may be. I only use products that do not resort to voodoo magic but rather the good old compression algorithms, sector-by-sector copying, and hashing, so I know the resulting file isn't corrupt and the data isn't lost.

The three programs I am going to talk about are: Symantec's Ghost, Acronis True Image, and Windows 7's proprietary tool included with the operating system. 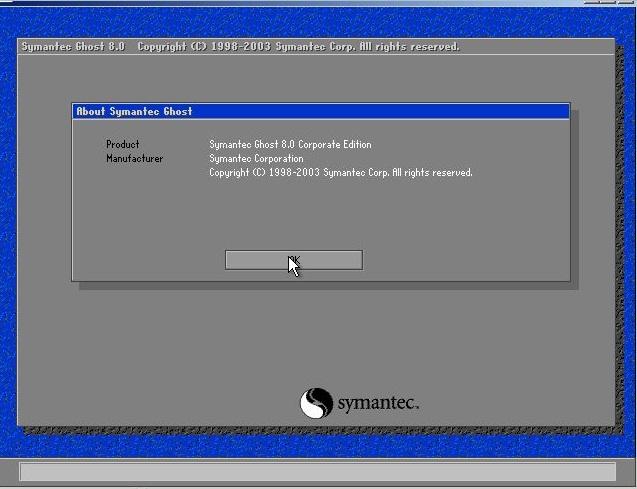 My introduction to this awesome product took place in 2002. I was on staff for information systems support for the Office of Residence Life at my University. We were in business of supporting everything related to network (local and Internet) and supporting Residence Life's computers: Resident Assistants, Hall Directors, Assistant Hall Directors, Janitorial Staff, various organization that are part of RL: RHCA, NRHH, Hall Governments and many other organizations. But the main problem was the support of the computer rooms and Internet kiosks all over the campus. Those computers seemed to always have issues: viruses, spyware, and the naked stuff. Reinstalling Windows each time when something happens was not an option for an office of five who had to support hundreds of computers; hence we tried to purchase computers in badges, so that they had uniform hardware, which made it easier for imaging. On one of the computers we would install an operating system, all the drivers, all the programs, all the security stuff, then use the software to back the entire harddrive up to an image on our server. My favorite part was unpacking all these new machines and setting them up. I will never forget that awesome smell of new. At any rate, we would hook up the computers, boot them into the corporate version of Symantec's Ghost, which allowed multicast reimaging of harddrives. That is when a server broadcasts an image over the network, so as many computers as the local network allows can be re-imaged all at once. Two-three hours later, all of the 74 computers in the residence hall's computer labs were running a clean version of Windows XP with all of the drivers installed and all of the security measures enabled. We have never experienced corrupted images of the harddrives. The multicast feature worked like a charm, well, unless your network card is failing. The program itself was the simplest thing I've ever used.

As of August 2011, version 15 is offered on Symantec's website. It will cost you about 70 bucks per one license. If you like Symantec products and ponder on buying backup and restore software, do not hesitate, get the Symantec product â€“ it usually will leave you satisfied with your purchase. Do check out the website, as there are products that feature cloud storage and all-around PC protection. Symantec Ghost runs on Windows; it now supports Blu-Ray Disks and the partitions that were encrypted with the Bitlocker. And the product comes with Symantec quality. If it means something to you, then you should try this product yourself. 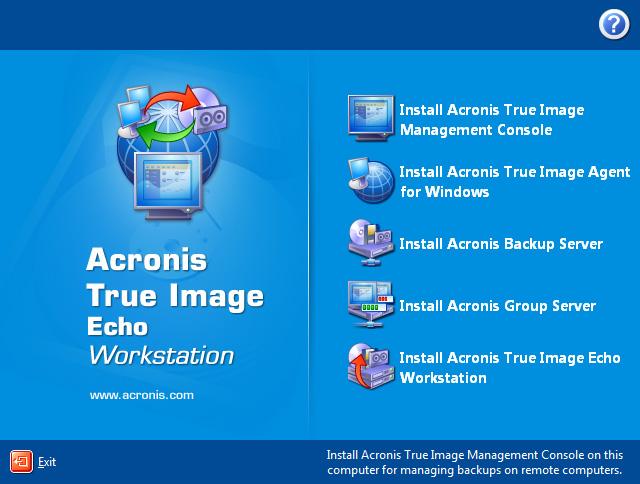 So I know that Symantec's Ghost is a good product. Then why do I insist on using Acronis' product?! I keep using True Image even despite the fact that it was the software that created the corrupted image of my friend's harddrive, despite all odds.

While browsing the program's website I got this feeling that it is all very Russian. The Russians have this unique logic to everything they do. No one understands it but once you recognize the pattern you will see it all over. To cut the story short, I wasn't really surprised to learn that the Russians created True Image and are running its sales and the website. It doesn't mean that the product is jaded in any way, quite the opposite, I believe.

I like True Image's interface, though it is overloaded with options. On the other hand, it is good when for 80 dollars you have a whole array of features to choose from. The website offers you a whole array of products too. There is one for a netbook, another for online backup, the third is to manage partitions, and the True Image is for automatic backup and restoring of the user's and system files. I suggest you check out the product comparison chart to figure out what version fits your needs the best.

As far as the quality concerned, the program works well. There were no more corrupt partition images and even if there was any â€“ I would not mind as I am sticking to my 'back what you need up twice' policy. 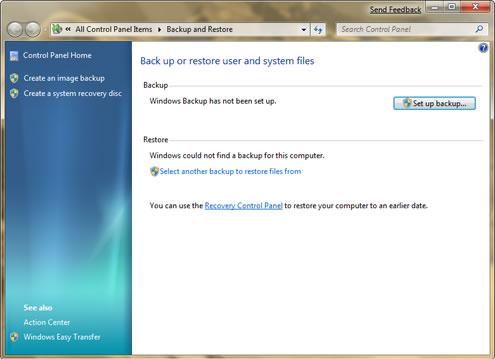 This tool is included with Windows 7 operating system. You can find it in a Maintenance folder under All Programs or in the Control Panel. The program offers you three options: 1) you can back up the entire system, meaning you can create the image of the entire hard drive, which can be restored at a later date; 2) back up only users' files on the machine; 3) restore from a previously made back up. When you are backing up the entire system â€“ you are making the snapshot of your currently working Windows and restore to that position â€“ all of the files created or downloaded after the image has been made will be lost when you restore from that image. So be careful. Backing up the users' files should be done regularly. And since the tool can backup files incrementally, you will not waste any byte of your precious harddrive space. I've read quite a few reviews about this program and everyone is saying good things about it. Of course they mention that the program isn't intended to compete with the third party developers of backup software, but it is a good match if you do not want to waste much of your money, especially if you only need to back something up like once in a lifetime.

There are many great backup and restore software suites available to a consumer on the market these days. It is impossible for just one person to try all of them out, but if you have and wish to share your opinion on its greatness or failure, please use the comment section below to let us all know your thoughts.

But before I let you go, I wanted to also mention that with the whole cloud computing craze these days â€“ I expect the software companies in the backup and restore industry to start offering off-site network storage plans. There are only benefits to the companies, as they are not wasting money due to cracked or hacked versions of their software. But there is an issue for a regular user â€“ if you do not pay money, your backed up files may be deleted to free up the space for the paying customers. So never forget to backup the backup of a backup.