Be Evil: Why Google Finally Introduced Do Not Track into Chrome

It's been 19 days since Chrome 23 was released and the Do Not Track support was finally implemented in Google's browser. Firefox, IE, Opera and... 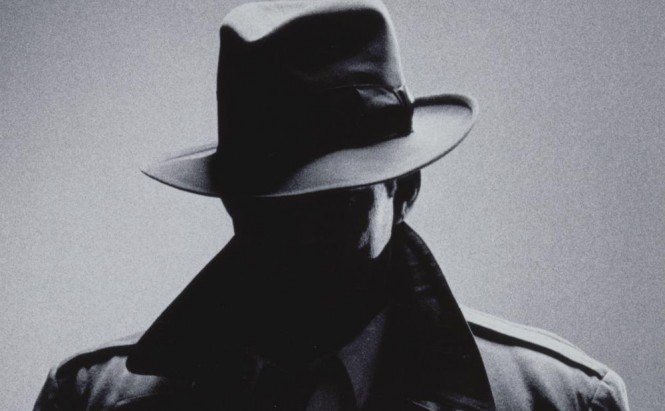 Be Evil: Why Google Finally Introduced Do Not Track into Chrome

It's been 19 days since Chrome 23 was released and the Do Not Track support was finally implemented in Google's browser. Firefox, IE, Opera and Safari have supported it for what feels like ages in the galloping world of the web browsers competition. Why did Google hesitate so long?

It looks like promulgating Google's shady side is becoming some kind of a regular column on SI. I've even thought up a title for it: Be Evil with Keath Wyszynski or something along these lines.

Last time, we talked about how Google tracks your search history and thus puts you right in the middle of a cognitive â€žfilter bubbleâ€œ. Now we'll try to figure out why Google was so stubborn in not introducing the Do Not Track feature into Chrome and why it has finally yielded.

What the Heck is 'Do Not Track'?

That's a legitimate question. Do Not Track (DNT) is essentially a setting in your browser that will explicitly tell the sites you visit that you don't want to be tracked. Their servers will not record where you came from, which pages you have visited onsite, and where you've eventually headed to. All this information is normally used as the basis for personalizing the ads you see on the Web, tailoring them to your personality and needs.

Logically, your tracking records present a very detailed and reliable psychological and social profile of you. Obviously, if it gets into the hands of not-that-scrupulous folks, the consequences can be really severe. That is why having some nice tracking management tool (with blacklists, whitelists, blackjack and horses) sounds like a very good idea for everyone who cares about their privacy and has visited more than four sites in the last ten years.

Now, the rub is that DNT is totally voluntary. Do Not Track is a so-called 'honor system', when it's up to the site owners to decide whether they conform with the user's desire not to be tracked. In technical terms, if you've opted in, the Do Not Track feature will do nothing but send the sites you're visiting the DNT=1 header. In other words, your browser will be making a scary face and start literally shouting to every web page you're opening, â€œWhatcha lookin' at? Turn away an' mind ya business, mister!â€ Now, scary faces and strong language are not always convincing, so people with strong nerves can just ignore them... and that's exactly what some site owners do.

Nevertheless, assuming that most tech entrepreneurs are people of honor, they will readily respect your decision not to be tracked, following some sort of a tacit agreement. That is why in 2010 FTC published a report where it recommended implementing the Do Not Track policy in web browsers.

The first browser to catch up with the idea was Firefox, which included the DNT option early in 2011. Mozilla was followed by IE, Opera, and Safari. Until recently, the only major browser to ignore the DNT trend was Chrome. Why? Let's have a closer look at their probable reasoning.

Chrome is developed by Google, right? And what is the principle revenue source for Google? Ads. And why do Google's ads sell so well? Right, because it has the most sophisticated Web-tracking system ever and the charges for using it are performance-based. There is a direct correlation between how efficient the AdSense works and how much cash Google pulls in. On the other hand, living out the company's famous motto 'Don't be evil', Google would have to stop tracking any user who has opted in for DNT and thus undermine the AdSense efficiency. Building DNT into Chrome would be a suicidal act for Page and Co.

It still remains unclear why Google has finally introduced DNT into Chrome. A possible reason for that move could be Microsoft. Acting in its usual manner of a bull in a china shop, Redmond announced this June that it will activate DNT in IE10 by default. As I was upgrading my OS last weekend, I made sure they were pretty serious about it: the Do Not Track option was really mentioned among other Windows 8 settings.

This decision was met with huge uproar among the web advertisers. For example, Yahoo announced it will ignore IE10 with DNT on. Roy Fielding, the DNT author, released a patch that will allow any sites take no notice of the IE10 users with the opted-in Do Not Track. The argument for these steps is that the default use of DNT does not represent the user's explicit desire not to be tracked. Since there will be no way to tell who has deliberately activated DNT and who is simply not aware of its existence, it would be just to discard all IE10 users altogether. Well, the web advertisers want their money too, don't they?

Now, the tacit agreement between the browsers and web advertisers has been broken and the Do Not Track has been compromised enough for Chrome to adopt it. Who cares about this stuff anymore if the Microsoft story has left such a bad aftertaste? Howbeit, Google was cautious enough not to trumpet about implementing DNT in the media. Moreover, there is no mention about it even in the Chrome settings, so you have to smell it out on your own and install one of the special Chrome plug-ins to enjoy DNT working in that browser (we recommend the plug-in by Jonathan Mayer).

What Shall I Do?

First, don't use IE10. We could assume that it probably might be a halfway decent browser but the chances are most of the Internet will don't give a monkey's about your DNT headers if you're using IE10.

Second, if you're using Chrome, you could think about rather choosing the "Keep My Opt-Outs" technology Google proposed (in a very low whisper) last year as a DNT alternative. The major divergence point between the two technologies is that Keep My Opt-Outs does really de-activate tracking and doesn't merely state you would be very obliged to the site owners if they were so kind not to track you.

If Keep My Opt-Outs doesn't seem very convincing to you, then you can use any of the Do Not Track Plus application you can find in the Related Software section or visit donottrack.us, a website dedicated to DNT and its popularization.

Referenced Windows applications
When did Google stop being not evil?

After the first $ came in.

–  8 years ago  –  Was it helpful? yes | no (0)
Useful Windows applications
Interesting Windows stories