Thanks to the vast Google Doodles archive, we've picked up the most impressive and engaging designs we've seen in 2015 so far. 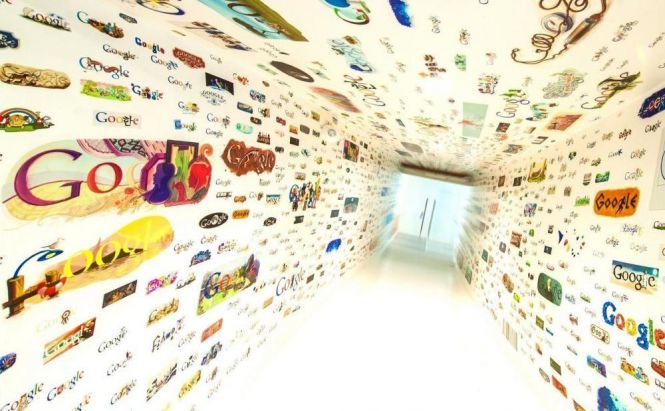 Not only do the guys at Google possess superior intelligence, they also show a great sense of humor and enthusiasm. From time to time, the search giant's team introduces artistic and inspiring transformations of the company's logo to celebrate special occasions, major events or important anniversaries. Today known as Google Doodle, the first creative illustration appeared with a 1998 visit to the Burning Man festival in Nevada, when Larry Page and Sergey Brin used it as an 'out of office' message to the website's visitors.

Since then, more than 2000 doodles have been created worldwide, progressing from minor logo tweaks to mind-blowing illustrations and interactive games. Thanks to the vast Google Doodles archive, we've picked up the most impressive and engaging designs we've seen in 2015 so far. Would like to know which ones are yours? You're very welcome to take a look. With the excitement of Halloween, Google releases the festive-themed doodles every recent year and 2015 was no exception. To get into the spirit of the spookiest day of the year, the team created an addictive game users could play right in their browsers. The Global Candy Cup 2015 featured four cute multicolored witches, each representing a team, whose mission was to collect as much candy as possible, while racing through various obstacles like crows and ghosts. Players picked one of the teams to join and did their best to add to the team’s score. Take a turn at the game now and you'll know who went home with the Cup

Evidence of water found on Mars

Evidence of water found on Mars

Specially for NASA's announcement that it had found evidence of water flowing on Mars, Google designed a nice animated Mars-themed doodle that touched the hearts of millions ofpeople all over the world. To mark the major discover, the Doodle team replaced the second 'o' in the word Google with acute Red Planet charactersipping a glass of water. Look at it! Isn't it adorable?

Women are changing the world and Google knows about it. Celebrating the annual holiday that always falls on March 8, the company posted an inspiring illustration that depicted various ways women of different careers, from scientist to explorer, contribute to the common welfare. Thank you, Google. We appreciate how you treat us.

Along with all the notable events of 2015,Google didn't forget to mark the 60th anniversary of the annual Song For Europe contest called Eurovision. As a rule, the singing competition fever spreads every May, as over 200 million viewers across Europe gather together to cheer up their favorites. To celebrate the Eurovision Saturday's final, Google dedicated its 23 May doodle to the song contest. The colorful picture was filled with funny cartoon characters that represented Europe's diversity and talents.

Ludwig van Beethoven has long been considered one of the most famous and influential composes ever lived. Although it's still unclear when the composer was born, 17 December 2015 commemorated the 245th anniversary of his baptism and what Google found worthy of an appealing special doodle. The Google’s Beethoven doodle was presented as more of a puzzle and highlighted the virtuoso's most recognizable compositions in a very interactive way. Players needed to put sheets of music in the right order to reproduce some of Beethoven's most famous works.

I'm always looking forward to Googles Doodles. I share them. Keep up the fun stuff.

–  5 years ago  –  Was it helpful? yes | no (+1)
Useful Windows applications
Interesting Windows stories