Godot Engine 3.0 is a game-changer

After being developed for about one and a half years, the newest version of the Godot game engine is finally out. Here's what makes it special. 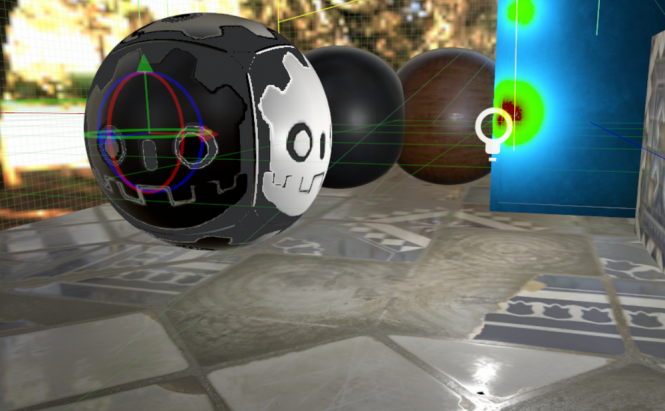 Godot Engine 3.0 is a game-changer

If you're someone who's making games either professionally or as a hobby and you don't have a big company to back you up, you might be happy to know that the open-source Godot Engine has recently released its 3.0 version and the changes that it brings are pretty huge. The latest version of the cross-platform engine has been under development for the past 18 months and its newest features will probably bring it an even greater popularity among indie game developers.

For those of you who haven't heard about it, Godot is a game engine that can be used to create 2D and 3D games. What's cool about it is that even though it's distributed with an open-source MIT license (meaning that it's completely free, customizable and the only requirement for commercial use is to mention MIT), it's also considered one of the best game engines currently available. At this time, only Unity, HTML5, Cryengine and Unreal Engine 4 are rated as being better. Godot supports Windows, MacOS, Linux, Android, iOS, HTML5, BlackBerry OS 10, FreeBSD and DragonFly BSD. The scripting can be done either in C++ or in its own language called GdScript, which is somewhat similar to Python. What's special about Godot is that it aims to be a fully integrated environment for game development and that it's created to make the collaborative task easier as it saves all of its graphical assets and scripts as part of the computer's file system and not into a database. 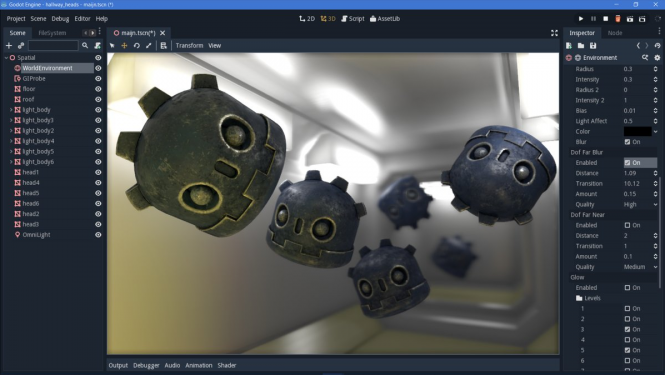 In case you're curious what makes the 3.0 version of Godot Engine a game-changer, I can give you more than just one answer. For starters, it brings with it a brand new physically-based rendering engine that includes different material and shaders, global illumination, GPU particles as well as mid and post-production processing. And since we're talking about engines you should know that there's also a new audio engine focused on audio streams (OGG and WAV files) and that the Bullet physics engine is now enabled by default and fully configurable. Another huge change is the added support for VR and AR with the implementation of the OpenVR API and the added 3DOF head-tracking capabilities. The GDNative framework is also quite important as it allows you to set up extra scripting languages without recompiling: Python, Nim, and D are already supported while languages like Rust or Go require bindings to tie them to the API. Additionally, the 3.0 version of Godot also includes support for C++ 7.0, IPv6 and console, a fresh networked API for multiplayer, support for WebAssembly and WebGL 2.0, visual scripting and a whole lot more.

While there are quite a few tools available for amateur video game makers, Godot Engine is truly a game changer for people with coding knowledge or who want to become professionals, but who don't have a lot of resources at their disposal. Especially now, with the improvements brought by the 3.0 version, one can make some truly great games (both regular and VR ones), without having to pay anything.