Google Earth: explore our planet and not only

If you want to know more about our planets, see how the Earth looks like from space and enjoy the beautiful scenery, Google Earth is one of the best tools. 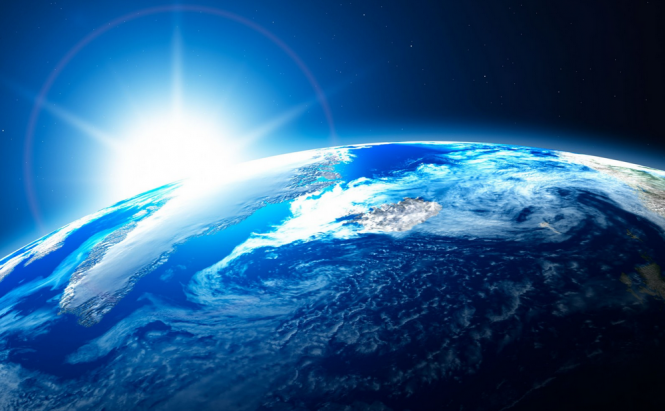 Google Earth: explore our planet and not only

Most of us don't have enough money, time or opportunities to go and explore the world to the full: visit a great number of other cities, countries, continents, see mountains, seas or oceans. Even less of us may check out how planets in our solar system look like from space. While it's not exactly the same thing, Google Earth provides an awesome alternative as it allows you to explore our planet right from the comfort of our homes without spending any money.

For those of you who aren't sure what we're talking about, Google Earth is a geobrowser that offers its users tons of geographical data such as satellite imagery, ocean imagery, aerial imagery, etc. This platform lets you see practically everything in satellite range from images in which entire continents look very tiny to detailed street views. Furthermore, Google's platform doesn't limit you to Earth; you also get access to pictures taken by the Hubble Space Telescope as well as detailed 3D images from the Moon and from Mars. Google Earth has its own downloadable applications for Windows, Mac, Linux, Android and iOS, but you can also choose to install the Google Earth Plugin, which allow you to see the 3D maps directly in your web browser. Until 2015, you could only use the regular version of the platform for free, but last year Google has had a change of heart and decided to make the Google Earth Pro version free as well. This is actually great for those who want to do more than just look at images as it gives you access to powerful measurement tools that help you compute distances and areas, it lets you download and print images with an insanely high resolution and more.

As far as features go, I especially like the 3D Buildings layer that lets you explore numerous interesting cities, buildings, structure, but I'm sure that most of you will love the embedded fly simulator that gives you various options for flying over Mars. Additionally, you have ability to travel back in time in the Historical Imagery section. Google Earth also has a Timelapse feature, which lets you see how cities and various sites have changed over time. The platform is based on actual satellite imagery and not fictional representations, so the time frame is limited between 1984 - 2016, but it's still really cool. Another truly amazing thing is that the IT giant has just released Google Earth VR, which means that if you have a HTC Vive headset, you will be able to see the 3D images in a virtual reality. If exploring through your regular screen seemed like a cold and detached experience, now you're able to actually look around and see things as if you were in that location. Moreover, according to rumors, Google is also working on versions compatible with DayDream View VR, Oculus Rift and Sony PlayStation VR, but there's no official statement yet.

If explorations is one of your passions, you may also want to read some of our other stories like: "Explore the Universe" or "Visit World's Famous Museums Online".