Why does Windows 10 collect your data?

Most of you already know that Windows 10 is keeping tabs on its users collecting loads of data from them, but have you ever wondered why it does that? Here's the answer. 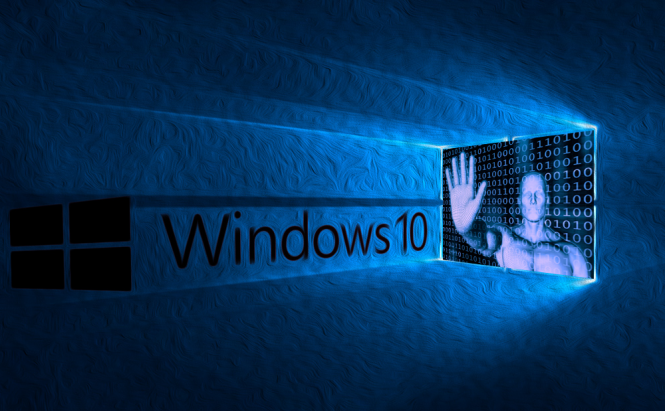 Why does Windows 10 collect your data?

As you've probably seen, we've told you that Windows 10 collects users data even before the operating system was officially launched. Furthermore, we even showed you the settings that compromise your privacy and wrote about the dangers of using anti-spying tools. However, the one thing we've never actually discussed is why Microsoft is spying on its users and what the company does with the data it collects. Let's fix that.

Microsoft has officially stated that it collects telemetry data for two major reasons: security and improvements. In order for the IT giant to effectively improve its applications or the operating system as a whole, it needs to understand exactly how the users interact with the company's services. Moreover, this knowledge also helps developers better understand which features or fixes should be prioritized in the following updates and what aspects can be improved at a later time.

As far as security is concerned, receiving infection reports helps Microsoft know what went wrong and come up with better solutions in the future. Windows Defender gets improved using data collected from the customers and the services that benefit the most are App Guard and Advanced Threat Detection. Additionally, the information gathered from Active Directory allows the IT giant to identify patterns in ransomware or other type of attacks so that it can prevent them in the future.

Those who use the Enterprise edition have almost complete control over what gets shared with the help of the group policy objects. Additionally, these clients also have a fourth level in their Privacy Settings named Security, which only allows the IT giant to see the Windows version installed, the type of device that's being used and MSRT reports (containing information about infections and the IP address). The biggest disadvantage of using the Security level is the fact that Windows 10 updates won't get automatically installed anymore, but network admins generally like to comb through those beforehand anyway.

In case you're using the Home or Pro edition of Windows 10, you won't have access to group policy objects and you will only have three privacy levels, with Basic being the one that sends the least data. Besides the data that I previously mentioned when I talked about the Security level, the Basic level also lets Microsoft see application usage and application compatibility data, thus allowing to company to find errors that may occur on a specific hardware or software configuration. If you're interested in striking a balance between the data collected by Microsoft and maintaining your privacy, then this is your best native option.

Before we end, you should also know that according to Microsoft, the company doesn't collect the user's personal data and that the information that's being collected is anonymized. Additionally, the IT giant also says that it doesn't share our data with other companies, but as a personal opinion, I'm not completely convinced that's true.

Dear editor
Microsoft may collect data as you decribed it, but they write in German EULA they can take every/each file of your machine. That is the problem, I don't like this behaviour. If Windows 7 is finished I will switch to LINUX. Well, another solution would be, blocking all with help of your router, just let those addresses pass to whom you give your consent. Remember C:\Windows\System32\dnsapi.dll there you will find Microsoft's detours. Have a nice weekend.

Moroever, "almost complete control" for enterprise editions, is not enough. Microsoft has stated that its kernel code is "capable" of viewing (and that means copying and transferring over encyrpted channels) files on a computer protected under the law. Before anyone trusts such a system, we need to have an independent 3rd party (preferably a government regulatory authority) access to Microsofts codes to make sure that any such ability is crippled completely.

Nice try, but why should we trust the foxes excuses in the henhouse.

From Win10 EULA,
"we will access, disclose and preserve personal data, including your content (such as the content of your emails, other private communications or files in private folders), when we have a good faith belief that doing so is necessary to"

By its own admission, what Microsoft has done is given itself deliberately the ability to his observe the content of private files on ones computer, these files could contain anything from your child's photos, to hospital information, to governement or corporate trade secrets, copyright protected information, etc, etc. It transfers this information through encrypted channels, so you cannot know whether or not it is being used or stolen. Just having given itself the "ability" to view this information (regardless of whether they do or no) is already illegal under the current laws of the United States of America. We need an FBI investigation, not some lame excuses, and the US government should seriously consider breaking up Microsoft as a company, as it plainly thinks illegal activity like this is OK so long as those encyrpted transfers cannot get easily decrypted. What Microsoft is doing is not what google is doing since this is access to private files on ones or ones company computer.

When you say 'We need an FBI investigation', I can go along with that, but when you say the US government should seriously consider breaking up Microsoft... I don't trust our government to be involved. I think our FBI has tried to do right in spite of the Government and see them like two different agencies.

–  4 years ago  –  Was it helpful? yes | no (0)
Useful Windows applications
Interesting Windows stories