Don't Like the Game You Bought on Steam? Get a Refund 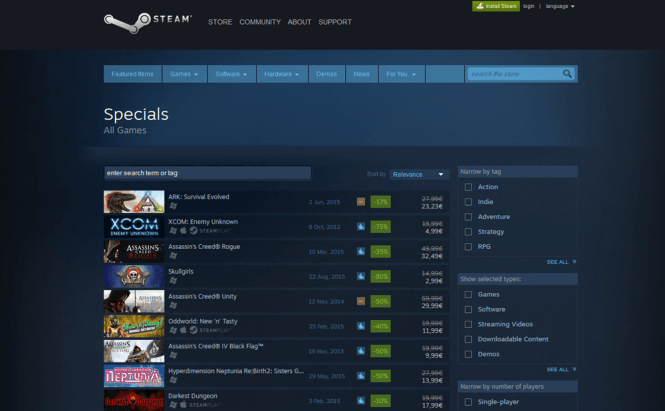 Don't Like the Game You Bought on Steam? Get a Refund

Until now, games were a special part of the economy. If you bought a defective home appliance, you could return it; if you bought clothes that didn't fit you could exchange them, yet, if a game didn't work properly or if it wasn't what you expected it to be, you were stuck with it. Well, that's no longer a problem as Steam has recently announced that it changed its policy and will now allow the customers to get refunds on any game they bought, no matter what the reason behind the return is. Of course, there are a couple of limitations to this policy, but as far as I'm concerned they are very reasonable: the game must have been purchased within the previous two weeks and the customer has spent less than two hours playing it.

From what I've read, there are several concerns related to this policy. For starters, some people complain that two hours is too long as some of the games in the store can be completed (or almost completed) in the allotted time. While I agree that one hour could also be enough time to decide if the game is actually what you wanted, I also wonder why would a game that only lasts two hours would cost enough to be worth refunding. Valve said that it will monitor customers who ask for refunds in order to prevent abuse, but the system is probably too recent to make any drastic changes just yet.

Another (bigger) concern is piracy. There are many game developers who, in order to be more customer-friendly or for other reasons, decided not to use Steam DRM (protection system). This allows customers purchasing the game, copying it to a different folder and then asking for a refund while also keeping a working copy of the product itself. Furthermore, customers also could sell the trading cards dropped when the purchase is completed (Steam-specific feature), then ask for a refund, thus profiting from the process.

But, despite all these issues, there have been too many so-called developers who took advantage of the community by scamming people into purchasing early-access to games which in the end turn out to be way worse than advertised. Some even went as far as creating presentation videos (trailers) which were completely unrelated to the gameplay itself in order to get "a few" bucks, so a refund policy was badly needed.