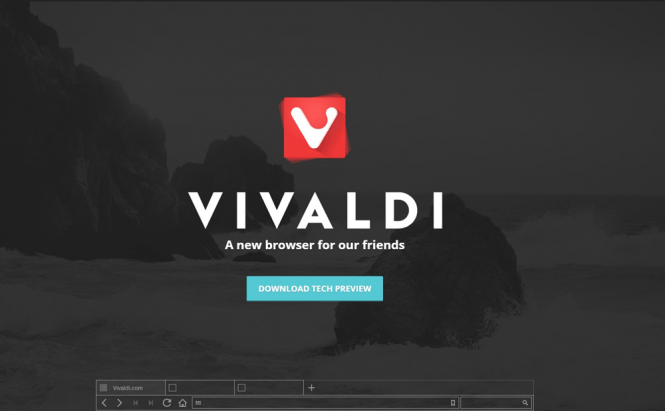 Microsoft isn't the only company that felt the need to come up with a new browser. The team that develops Opera has done the same thing and released their newest creation called Vivaldi as a technical preview. According to Von Tetzchner (co-founder of Opera and head of Vivaldi Technologies), this new browser is designed for the "sophisticated users".

What's special about this browser? For starters, it's based on the concept that it needs to deliver a large set of strong native features in order to eliminate the need for extensions (but it will still be offering API for those). The developers' reasoning for this is that using a large number of extensions increases the security risks and takes its toll on the computer's resources. As far as we know, the application will include its own email client, but it isn't available yet in the technical preview version. Vivaldi also provides a function that enables users to attach notes to the websites that they visit (like Evernote or OneNote).

As far as the user interface goes, I liked that the browser offers you a preview of the current webpage when you hover your mouse over an opened tab. Furthermore, you can also organize your tabs into groups (stacks) and make use of a bunch of quick commands and keyboard shortcuts which will come in handy for power users. The technical preview of Vivaldi runs on Windows, Mac or Linux and can be downloaded from here. In my opinion, Firefox kills the CPU, Google Chrome takes up too much RAM memory, Opera has compatibility issues with certain websites and Internet Explorer... don't get me started, so there is room on the market for a new browser. But can Vivaldi offer a good enough solution for our daily to tasks to stand against the other already well-established web browsers? I guess we'll know the answer to that after it is officially launched.

Aaaaargh, really good news! The old-good-new-looking Opera is back! Now this is my default browser. Waiting for synchronization to work.

Nice one. Now I"m using this!

In the article, there is only a 'Here' button. Just click it and enjoy the software.

I never used Opera. I like its functionality but it stops responding sometimes. Chrome seems faster but different ext. won't work with it. So, I will definitely try this one.