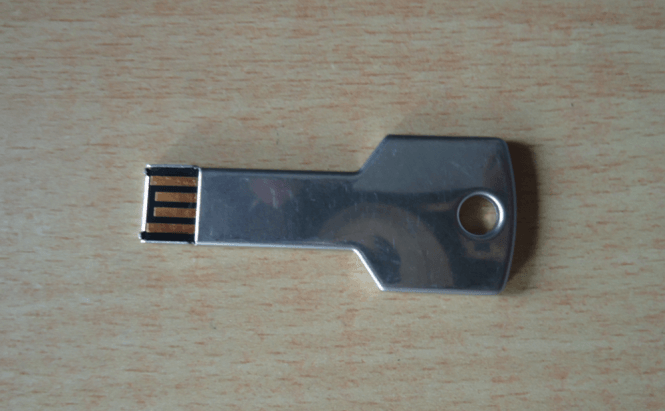 Security has always been a major issue for the regular users as well as for online service providers. We've gotten from simple passwords to complicated two-steps verification systems which involve phone messages. However, no system is absolutely perfect and passwords can always be hacked, and the message sending service which transmits the second code could be having a very slow day. This is why Google is endorsing a new security project which includes USB drive security keys.

A USB drive security key is a USB device which transmits a personalized digital signature that confirms the validity of the log-in request. Although this type of security has existed for a while now, it was never a mainstream product, and very rarely was it used for online services. The USB security key can only be used on computers (Windows, Mac, Linux, ChromeOS) which have Chrome version 38 or later installed, and you will, of course, need to buy the device first (the starting price is approximately $18).

Basically, Google is trying to replace the second phase of the two-step authentication (the message to your mobile) with a USB stick that acts like a personalized key. According to the company's support website, this new method can be better than the old one because you will no longer have to use your phone and because it removes the threat of phishing attacks. With the two-step validation system, determined hackers could have created malicious websites which mimicked Google's logging in system to gain access to your username, password and verification code. Since the USB security key is a cryptographic device, it won't work on bogus websites.

The downside is that you will not be able to use the USB drive security key on mobile devices and that it won't work on any browser except Google Chorme.

Previous story Updated Play Music App with Songza Shadow Next story Reportedly, the Chinese Government Is Hacking Their Own Citizens

–  7 months ago  –  Was it helpful? yes | no (0)
Useful Android applications
Interesting stories