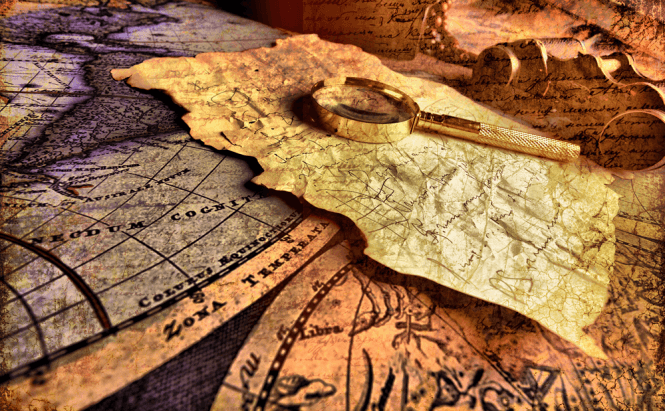 Continuing their tradition of respect for the people's privacy, the NSA has happily started working on the so-called Treasure Map for their next hunt. It already sounds fun, doesn't it? Well, that's only because I haven't told you who they're hunting for. It's us.

According to a German newspaper called Der Spiegel, the National Security Agency, along with its British "twin" GCHQ (Government Communications Headquarters), are working on a map of the whole Internet. Called the Treasure Map, this program will enable the creation of interactive maps which display the data streams on the World Wide Web almost in real-time. And they aren't stopping just at large traffic channels such as Internet providers, but actually targeting each individual and identifying their devices.

When first asked about this project by the reporters from the New York Times, the NSA stated that it's only used to help them understand the network better and not for spying, but the plans seem to have changed. Probably, they finally managed to understand the Internet, and they are now making use of the program's additional functionality: exploits planning and computer attacks (cyberwarfare).

In all seriousness, though, isn't spying supposed to be secretive by nature? I mean, we already use Facebook, Twitter and a lot of websites that make us an incredibly easy target to track, and there are a lot of phone apps which keep tabs on us, did you really have to be that straightforward? And furthermore, doesn't the jurisdiction of a government agency end at the borders of the country they are working for? I guess that since the US government thinks it's okay to coerce Microsoft and Yahoo into handing over information stored in other countries, why should the NSA be stopped by the trivial notion of state borders?

Previous story Places – Secure, Private and Convenient Sharing Next story Jailbreak or Not Jailbreak? That is the Question

This people will not stop their spying until something like Die Hard 4.0 is happened.