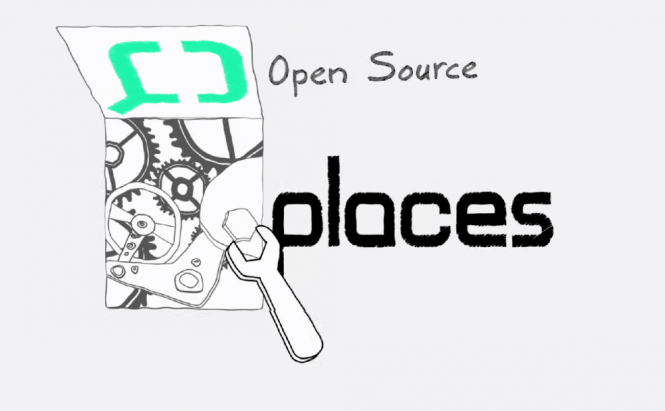 An up-and-coming startup called Places aims to give users what we've come to appreciate more these days – privacy. The ambitious project is built around the simple desire to allow people to share data in a totally secure and encrypted manner without having to 'make a deal' with the commerce-oriented middle man on vague terms, who'd often store data on servers without the necessary level of encryption or promise of privacy, frequently exploiting one or the other way of data mining. It must be noted that Places will also have centralized servers that will not, however, store encryption keys in any way, shape or form, thus keeping the promise. (There's no value in encrypted data if you don't have the keys; and the keys are generated on your machine.)

The project makes use of PGP end-to-end encryption (RSA 2048 and AES 256), which in practice means that the data is encrypted locally, on the client side. Places, or JoinPlaces, will offer the user to host own content on his PC/Mac/Linux machine. The developers will distribute the product as a client for desktop and mobile platforms, and the app will synchronize content across your devices. Obviously, there will be no advertisement in the software; the startup is seeking funding and investors at the moment, and they are yet to come up with a specific monetization plan (likely to be something Dropbox-like). To make things even more clear and ensure the maximum level of security, the developers plan to make the software open source.