Apple Has Run Out of Breakthroughs?

It's no use writing about the specs of the new MacBook Pro: hundreds if not thousands of other tech journalists have done it for us. With the mind... 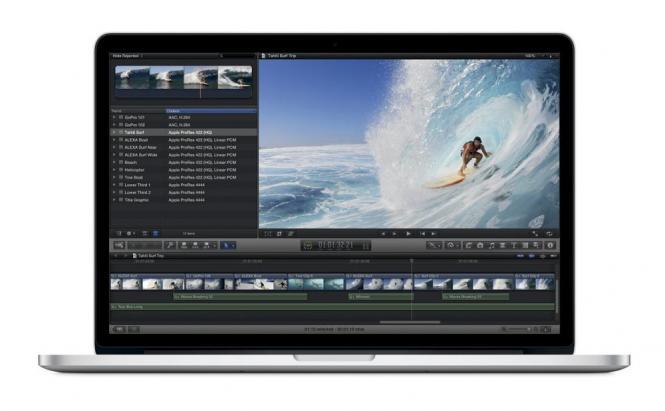 Apple Has Run Out of Breakthroughs?

It's no use writing about the specs of the new MacBook Pro: hundreds if not thousands of other tech journalists have done it for us. With the mind blowing resolution of 2880 x 1800 pixels, the unbelievable battery life of 7 hours, and the nice overall feature range, the new-gen MacBook Pro seems like the first Apple notebook that is worth its $2199 price tag. The new iOS is also by no means bad. So why are so many Apple fans raising their voices in belief the company's doomed?

The answer is quite obvious to my mind: Apple has run out of breakthroughs. Well, maybe not so categoric but it seems to be pretty much the case; the latest company keynotes were not even half as breathtaking as those by the late Steve Jobs. They're not all about eye-opening experiences anymore, unlike when we first saw the new iPhone or iPad model and just couldn't resist the urge to buy this tech wonder immediately because it was so heartbreaking awesome. Their new retina display in MacBook Pro is also awesome, that's true, but everyone would agree that it's no revelation and merely just a nice reason to buy that new-gen laptop.

Today, Apple presents its new iOS and wastes precious keystone minutes telling us about... the 'Do Not Disturb' feature?! Okay, not the worst software piece the world has ever seen, I admit, but could it have been a keynote highlight a couple of years ago? Hardly.

The problem is not that Apple has started producing worse devices than before. iPhone, iPad, MacBook: all their product are still top-notch, are still the best ones you can get on this planet. Apple's two big problems are, first, that it has cornered itself with their previous breakthroughs and, second, that Steve Jobs has died. It's not that now the company is lacking his unchallenged marketing and design genius and stuff. It's rather that his untimely death came at a most inappropriate moment, exactly when Apple could have started transition to the 'minor-upgrading' model. As a result, this transition comes across as if the company hasn't had any ideas after Steve passed away.

The bottom line is, Apple can't tell us, 'Hey guys, you can't have it all each time. We're now into honing things, ya know.' For if they do, the crowd will immediately boo them off the pitch because 'they're nothing without Steve.' Apple have to save their decency and sham breakthroughs with 'Do Not Disturb'. In a better world, they would honestly tell us they change the way they develop their products and would not trade off popularity for sincerity. I really hope it will happen some day. Better sooner than later.

Upgrading such a popular OS several times a year is minor upgrading? Keeping 2012/2013 mobile OS optimized for the 2009 device is minor upgrading? 200+ changes (DND - ya're kidding...) is minor upgrading?
I think only Cydia and Android fans may call it "minor upgrading", because very few of them have an ability to install the latest OS.
Also, one should mention a great lot of improvements to iOS 5 between WWDC and October release. Apple without Steve will die, but not so soon.

Od, man, I'm talking not about that they don't make any upgrades: they do. Still, for the most users these upgrades are nothing to write home about, nothing so tremendously new and exciting as the first iOS releases. The gist is not that they're slowly dying, which they are not doing, the gist is the way they present these things.
Instead of making a poker face and tell us about the revolutionary 'Do Not Disturb' feature as if it were something incredibly amazing, they could have been sincere. They could've told us, 'Yeah, it's not a major breakthrough, but there are a couple of things made better here and there... Oh, and it's pretty much we're going to act further.'
It doesn't matter that there are more than 200 hundreds of 'here and there' places, we won't notice many of them. What matters is that they wuld have been sincere.

Maybe not for "most users", but for me, the greatest breakthrough is polishing the UI which was already ideal - already the best - before that polishing. It's a revolution, it's still going on. When it ends, Apple will end.
P.S. And I didn't notice disappearing the "new and exciting" spirit.

I guess the point is that it's not a revolution any more (the proof being that Apple had to highlight the lacklustre DND feature of all the two hundred of them), but it keeps being fed to us as such. So the only thing that's left of the revolution is the 'new and exciting spirit' slapped on routine bugfixes and catching up with Android (yes, I said that). And yet, even after this sixth layer of polish, I'm still left waiting for iMessage to understand that messages sent to my phone number and messages sent to my Apple ID are not from different universes and shouldn't be treated as such.
Honestly, at this stage, iOS6 seems like the 'catering for the Bastille siegers' kind of revolution: too early for the 14th of July, but too late for the year 1789.

They just showed that they really keep trying not to give a damn about anyone else... And you're saying "catching up with ..."? Very strange

"for me, the greatest breakthrough is polishing the UI which was already ideal"

Then each new Mercedes model is a revolution in the car industry, and each new law is a revolution, as it is intended for polishing some exisiting system. Come on, why be so afraid of the idea the time for revolutions is over? Getting mature is actually better than revolutionizing, it means that your effort has borne fruit.

Generally, voice recognition, wireless network and some AI features are not revolutional, but all of these functioning together make a revolution because it extremely simplifies discovering today's weather and 1M+ things more.

No. No. No. Cars and TV "polishing" do not improve users' kind of living very much, several times a year. Mercedes-Benz on their official site (the page about concept cars) declares following the design approaches founded by Karl Benz. Per contra, Apple has been inviting new approaches during last few years.

Um...WWDC is a developer's conference. While they do release hardware, it's almost always about the OS. It typically isn't about new computers or gadgets. New iMacs will be released later this or early next year along with a redesigned Mac Pro and there should be iPhone and iPad releases before the end of the year. Why not hold off until then before declaring them idea brain dead?

Which is exactly why they presented the new MacBook Pro, without dropping a word about any major software changes in it.