Facebook introduces some important updates in its payment system

Since Facebook introduced its own virtual currency called Credits in 2009, many of its users have been coming across an inconvenience when trying to... 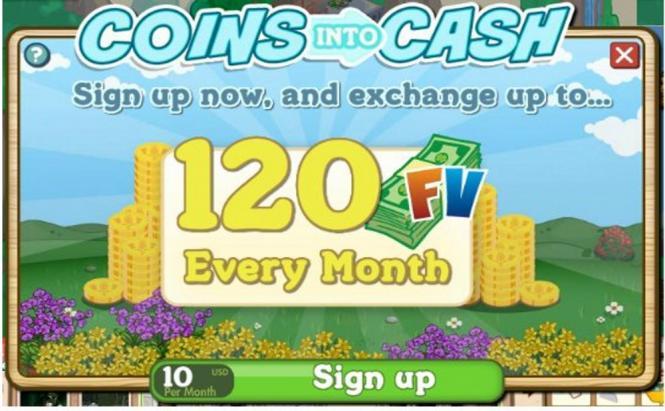 Facebook introduces some important updates in its payment system

Since Facebook introduced its own virtual currency called Credits in 2009, many of its users have been coming across an inconvenience when trying to pay for third-party apps (mostly for games), because they first had to change their money into Facebook Credits, and then Credits into in-game money, whereas Facebook was getting a 30% cut from all these on-site transactions.

Having reviewed all related issues properly, Facebook administration has decided to find some new ways to monetize its business – namely by implementing subscriptions and local-currency pricing, as it has been recently announced in the developers blog.

Starting from July 2012, developers will be able to collect monthly subscription fees for third-party software, as well as offer premium access or paid features within their applications. This should certainly benefit media outlets and entertainment companies, some of which, like KIXEYE and Zynga, are already testing subscription options.

What's more important, Facebook is going to simplify the whole purchase process for all users by phasing out Credits and allowing users to pay for games and apps in regular money. That means all remaining credits and balances will be converted into local currency very soon, whereas the support for in-app purchases will be added in the next few months, and all apps offering commercial services are expected to switch to the local currency format by the end of this year.

"With local pricing, you will be able to set more granular and consistent prices for non-US users and price the same item differently on a market-by-market basis," said Director of Product Management Prashant Fuloria.

The general aim of all these changes seems to be the desire to make the Facebook payments system more flexible and encourage a much larger portion of the 900 million target users of the social network to make virtual purchases. As Prashant Fuloria added:

Have you tried to buy something using Credits? Will you buy more virtual items on Facebook when you get to do that in your local currency?

Previous story Apple Has Run Out of Breakthroughs? Next story Galaxy S3 Now or iPhone 5 Later?

No, I haven't. I don't like the system of credits as I'm not very good at Maths and it involves great inconveniences for me to convert money in credits and then in-game money. I'm really happy that the managers of Facebook are walking away from this particular policy. I'd prefer to pay in bucks.

I love using credits.. It provides me a way to purchase all those in game extras that I want. Without the option of credits, I will no longer be able to purchase anything. I do not have a credit card, nor do I have the extra cash to spend on virtual items, that (I mean come on guys, these things don't even exist) ya know? So now you are cornering hard earning, and working people into spending real money on virtual fools gold. Thanks alot FB! Or whoever's brilliant idea this was. I'm sure you won't care though, seeing as how you will be too busy being evil and rolling around in you're new scam money. $$ Jerks.

Out of curiosity, where did the credits come from before? I've never used them, but I was under the impression that FB credits were actually some sort of real-life currency (albeit intended for virtual goods) - in the sense that you only got them if you deposited some amount of real money on your FB account; which, in turn, would imply using a credit card. Were credits given away for free at some point? Farcebook are still money-grabbing jerks, that's a given; but they may pretty well employ a Poker Stars strategy of depositing $5 on everyone's accounts with the ability to withdraw those if the number goes higher from winnings and suchlike.