Google is watching you day and night. It needs you, needs your data, needs your life. Ultimately, it needs your money. Still, there's a way to escape... 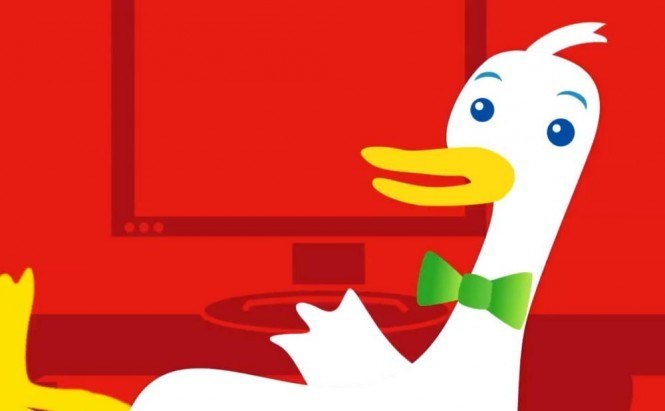 Google is watching you day and night. It needs you, needs your data, needs your life. Ultimately, it needs your money. Still, there's a way to escape the gaping maw of the data-greedy search giant: DuckDuckGo claims it doesn't record your user information. At all.

We privacy freaks are having hard times. Google, Apple, Facebook - virtually every large tech company is out to get my personal data, the more sensitive the better. While all I want is my little cozy room on the Internet, where I could watch my cat videos and write my rants in my chatrooms without anybody looking over my shoulder. I don't want to be patronized or taken advantage of; I don't want some creepy-looking Google nerd of an engineer rummage around in my private life or my government have instant access to unimaginably vast profile of what I do on the Internet. I want my privacy back.

That's where DuckDuckGo comes to the rescue. The alternative search engine, founded by Gabriel Weinberg back in 2010, positions itself as totally uninterested in my personal data. “DuckDuckGo does not collect or share personal information. That is our privacy policy in a nutshell,“ states the engine's webpage. Let's take a closer look at what it really means and how different the company is from Google.

Google's key to success is not that it has a full house and all other players only have a straight. Google is so good because it spies on the user's cards. If you're signed in to Chrome or on Google's website, then you're tracked by Google under your username. If you're signed out, you're still being tracked - by your IP-address, the unique numeric label of your computer. All your search queries, your every movement, every step you make on Google are meticulously jotted down in your web history to be evaluated by Google. As a result, Mountain View obtains an unprecedentedly broad picture of who you are and what your interest are like.

Such drastic attention to what you're doing on the Internet can and does induce paranoia. Having access to the most intimate areas of your life (if you catch my drift), Google gets to know more about you than your own mum. That, in its turn, raises this question whether it is really necessary that somebody knows so much about us. So, about two years ago, a Google engineer decided for some reason that it would be a great idea to snoop in the private chat logs of teens.

Now, DuckDuckGo claims it doesn't track you in any form. Anyway, we failed to find any button or link that would suggest it does. In other words, most probably, when you use this search engine, you must rest assured FBI employees won't be laughing over your search queries.

According to Google's argumentation, tracking serves the only purpose of personalizing your search results. 'Personalization' sounds not that bad: since I am the hub of the Universe (who of us is not?), I see it as the most natural thing that this Universe in general and Google in particular revolves around me.

But is it really so great? In an example DuckDuckGo provides on its promotional page, two people searched for 'Barack Obama'. One of them sympathized the Democrats, while the other was a Republican supporter. The difference in their search results is striking:

The Filer Bubble in Action

Thank God, now it's finally clear why Google is so popular: it sucks up to us. The other side of the coin is that while we get search results tailored to our own needs (which is okay) and tastes (which is not okay), we become blind for everything else. So, a forty-years-old wrestling fan from Alabama will hardly ever get in touch with interests making up the life of a Paris ballet aficionado. People reading this article are hardly big fans of Mexican soap operas.

The user gets enveloped within the filtering bubble of their preferences with very little chance to become familiar with an alternative point of view. In the world of Google, boys will be boys, rednecks will be rednecks, and idiots will be idiots. Even a tiny chance for Professor Higgins to come and make a lady of Eliza Doolittle is out of the question. No hope. Forever and ever. Amen. DuckDuckGo relies on a completely different principle. Its thinking goes like this: “A search result can be less relevant for your query or more relevant. Relevance is an inherent property of the objective reality and does not depend on whether you are a Republican or Democrat, male or female, Caucasian or Asian. If you want an exclusively Republican point of view on Barack Obama, then why not enter 'Republicans about Barack Obama' in your search box?”

To be honest, this attitude is more attractive for me than Google's one. It implies that at any given moment of time the search results for one particular query are the same for every user in the Universe. It plays fair with you, showing you the world as it is, not spoon-feeding it to you and adjusting it to your ideas.

That's basically it. Of course, we could now carry out a consequent side-by-side comparison of the services and the goodies the two search engines offer their users. We could perform a deep-going analysis of the search results they deliver or compare the business models of Google and DuckDuckGo... But is it really necessary? The concept is what matters. And DuckDuckGo has an awesome concept. Well, at any rate, it's better than Google's.

Yes, I love it. Much better responses than Google. Also, they do not track everything you do.

I will give it a try and go back to Firefox.

Nice engine (besides its childish layout!), and thanks for the recommendation.

Yes, we really do!