Trends in technology in 2015

The year 2015 was so boring for the tech aspect of the industry. Still, there are a couple of things to remember to better understand what the future holds. 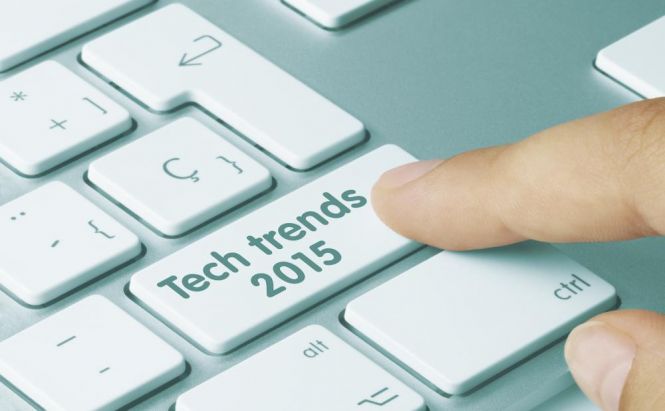 Trends in technology in 2015

As we enter the new year of 2016, one can only wonder how boring a year can be for the tech aspect of the industry. But really, 2015 has been particularly droll. It's been marked by slow continuation of evolutionary processes for corporations and overall calmness of the market. Still, there are a couple of things to remember to better understand what the future holds.

Ever since 2007, Microsoft has been having a lot of flack for its major releases that year. Windows Phone was a mess, and Windows 8 made Vista look like XP. To Microsoft's credit, they have been working to better themselves, starting from Windows 8.1 and then refining the Surface Pro tablet, then releasing their first notebook. The efforts seem to have paid out, since both new gadgets and the new operating system have been met with positive reviews, and Windows 10 is shaping up to be the best Microsoft system of the decade. However, the smartest thing Microsoft is currently doing is making their online services and superb cloud support universal. Many of the apps that used to be Windows-exclusive are now becoming multi platform. This is probably due to the slow death of Windows Phones: since Microsoft failed to produce a good mobile platform of their own, they want to excel at mobile apps that will occupy other platforms. It is as clever as it is cynical, but this strategy works in favor of both the corporation and the users.

Apple Watch is nothing special

This one is particularly amusing. Apple made a big deal out of their first big hardware product since the death of Steve Jobs, and the hype was unprecedented. However, the smartwatch is now something that people talk about with a half-hearted “meh”. Why is that? Well, because it's one thing to make a smartwatch and another to make it useful. There are literally no apps that justify the existence of Apple Watch, except for some texting and fitness tracking tools. This means that the world's most mainstream developer has made a niche product in the same category as fitness bands. How ironic is that?

This doesn't mean, however, that Apple has suffered significantly. After all, iPhones and iPads are still there, and maybe in 2016 Apple Watch will finally get some attention. And I'm sure the evil empire is plotting something new.

Smartphones getting better and better

Smartphones getting better and better

Speaking of, the smartphone is now the most popular device in the world, so it's no wonder it is the one that's grown the most last year. New models are made almost every month, and each offers new and improved features. One can only wonder how the platform will evolve next. Will there be VR smarthpones? Maybe.

But before we have that, we can enjoy 2015 releases from Apple or Samsung, read an obituary for Windows Phones and check out the Nexus line of products. Or you can try out cheaper Chinese devices, if you're into that kind of thing.

With the rise of tablets and smartphones, laptops are becoming obsolete by the day. That's why attempts have been made to create a hybrid of a classical laptop and a tablet, but the sales figures and user reviews show that it wasn't very successful.

This is true, however, only for PC laptops. MacBooks are still selling, but not as good as before. With the sales dropping, hardware developers and corporations need to think hard and try to find a solution if they want to continue selling laptops.

Once again, this process is inevitable. Laptops are too large, too expensive and not as comfortable and easy to use as tablets and phones. Even Mac can't hold out much longer. My guess is that 2016 will see the fall of old-school.

Future tech is in infancy Despite lacking in breakthroughs, 2015 has seen a lot of new ideas slowly growing into future trends that will dominate the market in the near future. There is the revival of VR and augmented reality, making the dreams of sci-fi authors a reality at last. There are driverless cars and civil drones. Finally, there are virtual payments and transactions, paving the way for the death of traditional currencies. Well, this last one may be far fetched, but come on, cyberpunk has long been overdue!

So, yeah, 2015 hasn't been very exiting, although there are some nice tech moments to pay attention to. Let's hope that 2016 will be much, much cooler.