Companies that Surprised Us in 2012

Amirah Mansoor It was an exciting year for Samsung, with plenty of predictable and unpredictable gadgets. The most highly anticipated one for me... 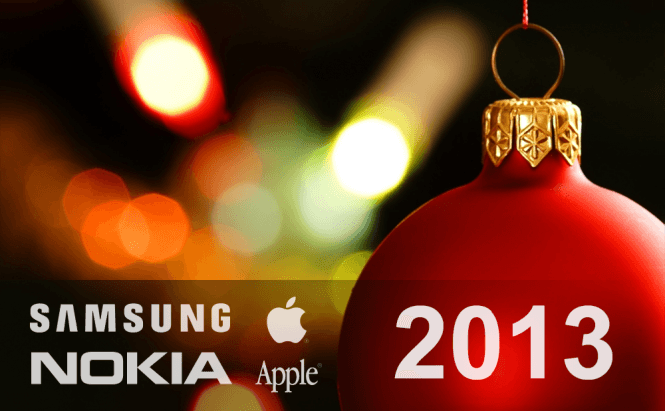 Companies that Surprised Us in 2012

It was an exciting year for Samsung, with plenty of predictable and unpredictable gadgets. The most highly anticipated one for me was, undoubtedly, the Galaxy S III. This phone needs no introduction: its big bright screen, smooth corners, and almost frighteningly slender body - it's an eye-popper. Some say that it's too big. Most, however, will say: "WOW IT'S BIG!" The phone has brought us an 8MP camera with 'Best Photo' feature, AllShare Cast, S Voice... oh, I can sit here listing its features all day.

Samsung was also bold enough to announce the Galaxy S III Mini in October, a smaller version of the Galaxy S III. Sadly, the internals had to be downgraded to accommodate for the smaller form factor, but the undeniably inventive device is still quite good.

As far as tablets go, the Korean company had the quietest 2012, as compared to that of Apple or Google for example. Back in February, Samsung announced the Galaxy Tab 2 and the Galaxy Note 10.1. Both tablets came with a 10.1-inch screen with a resolution of 1280x800 pixels. For me, the Galaxy Note 10.1 seemed a better choice, with its quad-core processor clocked at 1.4GHz and its better camera.

Last but not least, there's Galaxy Note II; and I think it's the second-best thing after Galaxy S III. Note II is supposed to be the perfect gizmo for designers and creative people in general. You may have noticed I like numbers, so I can't help mentioning its 5.55-inch display, optimized for stylus use, the 8MP camera, and the enormous 3,100 mAh battery. I don't think there are any rivals for this surprisingly popular Android phabet.

Drawing the bottom line, I should say that Samsung continues to be a leader in the cellphone market in 2012 - and deservedly so. Despite all these unpleasant fights with Apple, its gadgets are still up-to-date, attractive, and very successful. Apple have had a remarkable 2012, their first year without Steve Jobs. And even though the company has been more into upgrading their existing devices and systems than offering new ideas, the number of gadgets receiving a refresh is impressive.

This year Apple overjoyed us with the release of the oh-so-long-expected iPhone 5. One of the most notable alterings it brought was its new design, as the latest iPhone is taller, slimmer, and lighter; also, the new A6 dual-core processor increased the speed of the device significantly. The lesser changes include the new lightning connector, new earphones (which now don't fall out of ears), and the Panorama feature in the camera.

The next thing of note was the release of the iPad 3 (and subsequently the iPad 4). The iPad 3, which came out in May, introduced a rather drastic upgrade over the iPad 2 - with a faster processor, a new, high-definition Retina Display, and Apple's "intelligent assistant" technology, Siri. At the same time, the iPad 4 only brought a faster processor and the new lightning connector, as compared to its predecessor.

High hopes were set on the iPad mini as it was the first major new Apple device to be released this year. And in spite of it having a non-Retina display with lower resolution, and its worse productivity compared to the iPad 4, the new gadget's sales are still even better that those of the the newest full-sized iPad.

And, to my mind, the most unnoticed event was the release of Apple's iPod Touch 5G and the iPod nano 7G. The 5th-Generation iPod Touch now sports a dual-core processor, a longer four-inch screen, an updated camera, and Siri; while the most radical change in the iPod nano is only its redesign.

Software-wise, Apple introduced iOS 6, with the notorious iOS Maps, and the long-awaited drastic update of iTunes 11, which turned out to be not so radical at all.

In 2012, Apple have enjoyed tremendous profits and done a really good job refreshing almost its entire line-up. Still, it's been a year when the company offered almost no innovations at all. The upgrades of their products were quite predictable and, as a result, boring. The great success of Apple leaves almost no room for doubt that it will do great next year as well; but I still wish they put more emphasis on fresh ideas and would finally surprise us with something totally new in 2013. Nokia used to be a leader in the mobile world, but when Apple and Samsung smartphones came along, people simply stopped buying Nokia phones. The sales dropped, and the company started to incur serious losses; but Nokia was not willing to give up and decided to simply switch to the Windows mobile platform. In 2011, Nokia became a partner of Microsoft and their alliance brought us the Nokia Lumia, a new series of smartphones that used Windows Phone 7.

In 2012, the Lumia team, despite all the difficulties they'd been facing, has managed to launch a number of awesome Lumia phones that use the new Windows Phone 8 OS. Seriously, the resilience of the company can't but impress, as the series itself is not limited to just one Lumia, but a whole diversity of Lumia phones to choose from.

Not all phones are born equal, and I'm not going to describe each of them. I would just like to cover the latest Lumia 920. The smartphone is one of the the most advanced phones Nokia has ever created, and it's one of the more advanced phones on the smartphone market period. What makes it stand out among the peer flagship smartphones? I'll name three main features: its PureView 8.7-megapixel camera, its original design, and its splendid bright 4.5-inch display. And if it doesn't sound like much, it also runs Windows Phone 8, has 32 gigabytes of storage, and supports LTE. The live tiles have become smaller, so the process of scrolling isn't as irritating as before. The innovation I especially appreciate is that its screen responds to gloves and nails, which is an outstanding feature for ladies and users from northern countries. Furthermore, it supports wireless charging: you just put it on a charging plate and its juice goes up (but you'll have to buy the charger separately).

As for its drawbacks, I should say that the quantity of available applications is still underwhelming; and you'll have to pay for most of them (the price is quite feasible, but still). For those who switch over from Android or iOS, the interface may seem a bit oversimplified; however, it is really comfortable to use.

Lumia 920 is a reliable and powerful smartphone that will let you take pictures even when it's cold (you can use it in gloves) or when it's dark (due to its camera improvements) - and Nokia definitely deserves some of its lost attention back. I'm actually having a hard time picking just one company among those that have brought something genuinely interesting to the table over the year. So instead I'll just make a few honourable mentions and try to pinpoint what exactly they have contributed to the industry of mobile devices and to the world of technology in general.

ASUS. The Taiwanese giant has been quite alive and kicking all year long. First ASUS dropped an ultimate transformer on us (which they tentatively called Padfone) - a mobile phone that turns into a tablet that turns into a laptop. All this is done by means of dock devices, and Padfone dynamically scales the displayed content depending on the current display size; and probably the best thing of all, both the tablet dock and the keyboard dock come with additional batteries, partially solving the problem of today's mobile devices being somewhat anti-mobile. Padfone is a niche product, of course, and it still feels more like a promising idea rather than a fully realised device (maybe the soon-to-come Padfone 2 will rectify that), but it's definitely one of the sure ways to justify the fabled technological convergence.

Another Taiwanese bomb went off in July, when Google and ASUS released their über-competitive Nexus 7. Despite its several design compromises - the lack of expandable storage, limited internal storage options, lack of HDMI support - it's still an outstanding media consumption device: its form factor makes it a decent widescreen video player, an even better e-book reader, a nice gaming device, and the list goes on. It could probably work as a media creation device as well, say for composers or video producers, but this is where Android apps still have a lot of catching up to do. The aspect that allowed this tablet to single-handedly redefine the whole tablet industry (hello, iPad Mini!), however, was its aggressive pricing: you can get one for as low as $200. Thanks to the price point, people have readily embraced the whole concept - and the slew of design philosophy changes continues to this day.

LG. A company that has had its share of unremarkable releases, they got their one shot at Nexus 4 - and my word did they hit the mark. Well, okay, the phone still inherited the same design compromises of the recent Nexus breed (no HDMI, no expandable storage, etc.), and it could do without a crack-prone Gorilla-glass back, but it definitely did set a couple of nice industry standards: if you're an Android phone and you don't have NFC, or wireless charging, or a true-HD display, and you don't shoot 360° panoramas, and you're made of creaky plastic, and you cost over $300 - you'd better not exist at all. Actually, scratch the 'Android' part.

Ouya. I must admit, I was among the sceptics when this thing came to 'revolutionise' our couch gaming back in July. The Kickstarter pitch seemed to completely miss the point - both in terms of putting the emphasis on TV and in terms of mishandling the term 'free games' - but apparently it still did enough to convince people to shell out 8.5 million dollars on Ouya's development. And now this thing is real, the development devices are starting to ship, and more and more game developers are signing up for a spot in the launch line-up. Maybe it will redefine the industry of gaming consoles after all, this is hard to say for sure; what it has already done, however, is redefine the term 'Android OS'. Kudos for that! We've yet to see if any of these devices (and the companies behind them) will actually change the IT industry in the long run, forcing their competitors to catch up by building upon the established trends. But there's one thing we can say for sure: 2012 saw limelight-wanting companies battling for existing needs of users, and not for imaginary ones - and that's a trend worth taking upon. Happy New Year, everyone!