Fact or Fiction? Try to Guess

Several tech 'novelties' that seem to be realistic and false simultaneously. 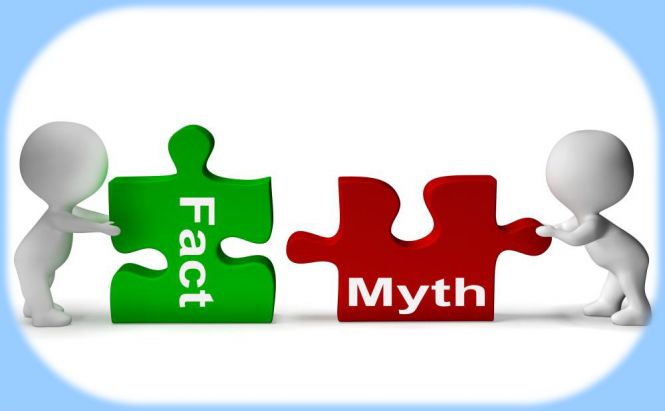 Fact or Fiction? Try to Guess

Although April Fools' Day has already sunk into oblivion, its echoes are still walking around the Internet space. I started to call in question every piece of news. So while surfing the net I stumbled upon several tech 'novelties' that seem to be realistic and false at the same time. It was hard for me to guess whether they exist or not and whether people really need them. I share those links with you and who knows, maybe you will be more successful in disclosing the truth and will distinguish between truth and a prank. The Samsung company released the world's first smart knife, Galaxy BLADE edge. The Android 5.0 Lollipop OS makes the novelty work like Galaxy S6. It also includes the Samsung Kitchen app which is able to get connected to the Samsung Chef Collection appliances to preheat the oven, for example. Can you imagine the technology that can warn you about microbes on the food? The BLADE edge can. The smart knife is equipped with a camera to take photos of the whole cooking process and a razor-sharp diamond edge and a detachable knife handle made from high-quality olivewood. KNOX Security won't let you cut yourself. Just scan your fingerprint on the home button, the finger-detection mechanism will be activated, and the blade will disappear. A smart blood-detection sensor will prevent violent methods and place an emergency call. It all becomes possible now.

Google Japan unveiled its Google Panda – the best personal Internet helper ever. It is meant for people who are not tech-savvy. Just ask it anything and it will provide answers to the best of its ability in less than a second. The smart toy recognizes 50 languages so a lot of people around the world might be interested in its testing too. The cute gadget has been introduced in 2 sizes: Google Panda 5 and Google Panda 6 (see the video below).

Besides, the company showed up its Smartbox – a clever mailbox from the future. The invention can protect you from spammers and sort your letters (paper letters in standard envelopes, not electronic ones). It will also send a notification to your smartphone as soon as the letterbox is not empty (in case you are registered to this address). 85 students from a California state university were offered to participate in the experiment and try to reproduce the world's famous logo of the Apple company. It's interesting that only one of the participants could draw the famous nibbled apple on the paper in spite of the fact that students are the largest part of users who are interested in high technologies. A lot of young people daily hold these gadgets in their hands and read everyday news about the company. 52 of the students have Apple gadgets, 10 of them are PC users, 23 are both Apple products and PC owners. “People’s memory, even for extremely common objects, is much poorer than they believe it to be,” said Alan Castel, the author of the study. Here are several versions reproduced by the students: only one of them is correct, can you guess which one?

A new selfie-oriented product has appeared on the market which is strongly intended to supplant the selfie stick. The American Miz-Mooz brand amazed the world by introducing female shoes for taking selfie photos. The novelty is performed in red and is square-toed. The hollow is set aside for holding the smartphone. All you need is place the gadget there and make a selfie with a slightly raised leg. To start up the mechanism, just push the camera activation button inside the shoe and get the picture via Bluetooth. The company set a price of $199.

Google Took Out a Patent for Safety Bags

Google Took Out a Patent for Safety Bags

And one more ambiguous piece of news from Google in the end. The corporation has been developing driverless cars for several years. And now the technology moved forward and Google is ready to announce one of the innovative product – safety bags. Everyone knows that almost every car is equipped with internal bags inside of a car to make a car crush safer for passengers. But Google thought of the most vulnerable participants of accidents – it took out a patent for the external safety bags for pedestrians. The bags will inflate themselves in case of a driverless car and a pedestrian collision on the traffic way. As classical airbags could push you away and entail grave consequences, Google makes its air sacs of a special material that will help you fall into it during the impact with a vehicle. Driverless cars make some people nervous, we'll see if Google is able to break this strong feeling and make the patent a part of a real car.