Top 5 apps that make the most of 3D Touch

Do most apps really take advantage of the possibilities brought by 3D Touch? These five do. 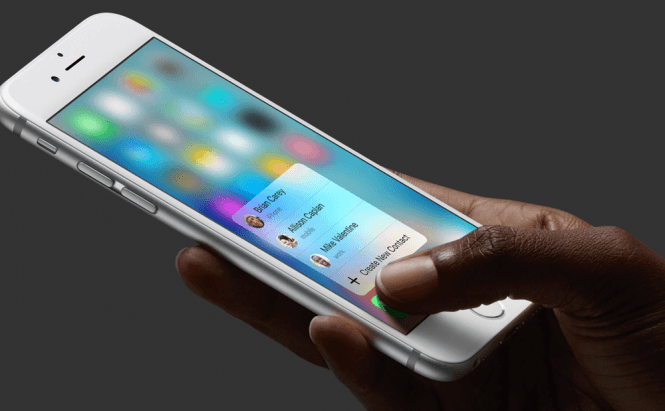 Top 5 apps that make the most of 3D Touch

3D Touch is a very innovative feature, but at the moment it's not completely taken advantage of. Don't get me wrong, there are a lot of apps that integrate 3D Touch functionality, but only for basic features that don't really offer too much. Fortunately, there are also a number of applications that make this new pressure-sensitive functionality actually matter. Here are 5 apps that really take advantage of the new 3D Touch feature. (Just remember that you will need an iPhone 6S or 6S Plus and iOS 9 to experience this functionality.) While not exactly bringing some innovative ways of using 3D touch, the fact that you can use this new functionality to instantly make Shazam listen to the song that's currently playing in your surrounding (without having to launch the app first) is quite a big advantage. Let's be honest, whenever there's a song playing that you don't know, you don't usually have any control over the playlist, so the tune you want to know about might end at any time. This is why, being able to instantly identify it in Shazam is more important than in most of the other apps. For those of you who haven't tried it out before, AG Drive was awesome even before embedding 3D touch functionality. Now, the game responds to the amount of pressure you put on your screen by accelerating more the harder you press (which makes it way cooler). As an added bonus, if you're playing the latest version of a game on an iPhone 6S or 6S Plus, you will also get an enhanced graphical experience, thanks to the fact that AG Drive also takes full advantage of the SoC in the new devices. News 360 is a great example of an app whose developers thought outside the box when it came to integrating the 3D Touch functionality. While other apps simply allow you to peak inside various sections using Force Touch, this application creates short three-sentence summaries for the stories that you want to quickly glance at. If that short resume didn't impress you, you can simply take your finger away from the screen and continue looking around. News360 also provides quickly accessible shortcuts to your saved stories, local news, top articles, etc. Magic Piano is another app which found a great way to integrate 3D touch functionality. This game acts like a real-life piano and takes into account the amount of pressure you use when pressing its buttons, coordinating it with volume of the sounds. Simply put, the harder your press on a key, the louder the noise that you will make is. This actually impressed me, as I haven't seen such a feature in any similar games. For those who actually know how to play the piano, this drastically enhances their ability to interpret a song. Last on our list is an app that was already pretty great: Camera+. However, the latest update to the app brought 3D Touch gestures which give the users a fast and easy way to trigger several important commands. If your phone offers Force Touch support, you can instruct the app to take a photo, a selfie, a macro or enter a view mode for the Lightbox without even launching Camera+. Just like with Shazam, certain photo opportunities are rare and only last for a little while, so being able to instantly capture them without having to browse through your phone directories can make all the difference in the world.

If you're an iPhone user, you might also want to check out my previous article All you need to know about iOS 9 to see exactly what Apple's new OS for mobiles can do.

Previous story How to use YouTube to make money Next story Get paid software for free: top giveaway sites

Articles are pleasant and certainly good.