All you need to know about iOS 9

Apple's latest mobile operating is here. Let's see what it has to offer: 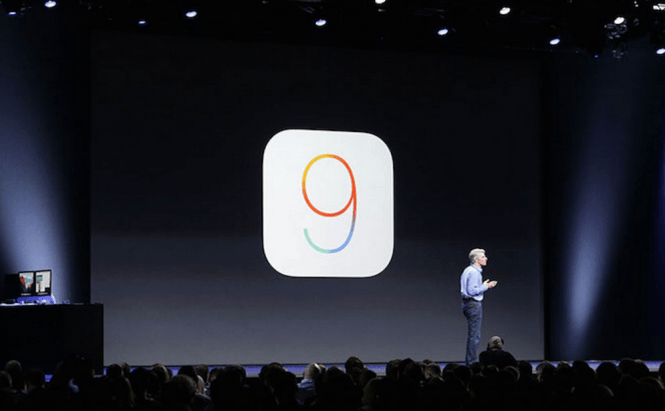 All you need to know about iOS 9

Now that the official version of iOS 9 has already reached a lot of people, I feel like we should talk a little bit about it, so that those who haven't upgraded to it yet can get a feel about what it's like. Apple's latest operating system for mobile devices has been pretty hyped up due to several features seen as huge improvements from the previous version, but it's not all talk. As far as I've seen, iOS 9 is actually better than its predecessor, and the general design isn't very different, so it's easy to get used to it. Here's a rundown of the best features brought by the new OS for iPhones and iPads. In many people's opinion, 3D Touch is the biggest addition to Apple's operating system, but the problem is that it only works on iPhone 6S, so if you want to test it out you need a brand new phone to go along with the new OS. In case if you haven't heard of it, 3D Touch is a feature which allows your phone to figure out the amount of pressure you apply when you tap it and react accordingly. Basically, it's the same thing as the Force Touch from the new Apple tracpkads, but with a cooler name. Additionally, the IT giant also introduced its haptic feedback system to their latest devices, so now you will know when your phone reacts to the commands you give it. The thing that I like the most is that iOS 9 introduces an easy way for its users to block specific content. I know that a lot of companies which make money from advertising won't be happy to hear about it, but Apple's latest operating system now comes with its own (embedded) ad-blocker. Since ad-blockers have been getting more and more popular on iOS, it was only a matter time until the IT giant would introduce this feature on its own. Despite the obvious advantage of removing those annoying, display space-eating ads from the screen, this feature will also make the websites you visit to load faster, help you use less of your Internet data and, of course, improve your privacy. Content blocking works just like third-party keyboards do, so after you install an app, you can choose what you want to block, but it's just a one-time setup and generally worth the small amount of time it takes to get the necessary settings. So far, Apple has never been interested in the "proactive" race in which Google and Microsoft are constantly competing, but that has changed when iOS 9 came out. In Apple's new mobile operating system, the Spotlight tries to guess which contacts or apps you are searching for and offers quick suggestions based on where you are and what you're doing. (Example: while at work, it will prioritize apps ,but when you're at home, it will first give you suggestions related to games.) Furthermore, in the Mail and Calendar apps, the Proactive Assistance feature will offer suggestions based on past events and emails. Lastly, when you connect your iPhone to your car, it will automatically suggest playlists based on what you usually listen to while driving, and when you plug-in your headphones the phone will automatically display a Spotify icon on the lock screen.

Another cool thing is that Siri has gotten a lot smarter, and it now understands natural language and even context. So, for example, if you tell the assistant: "Remind me to buy sugar on my way to work today", it will automatically add a reminder and pop it up when you're going towards your workplace. Additionally, the Proactive Assistance is also a part of Siri, so you can conveniently use it to search for apps, contacts, etc. What's really cool for  people who live in the United States and the UK is that in iOS 9, the Apple Maps also offer information about the public transportation systems (trains, buses, subs, etc.). As far as I know, at the moment, this feature only works for New York and London, but more cities will be added as time passes. With Transit info, the users will be able to select between different itineraries or check out their options in case if they need to get somewhere at a later time. Furthermore, the maps themselves look crisper and are more accurate than ever, so Apple Maps is actually better than most of the third-party apps out there. New apps and features are pretty cool, but you can't make a new operating system without providing some performance-related enhancements, and thankfully, iOS 9 offers quite a few of those. By default, the latest mobile operating system offers 1 extra hour of battery life, which is more than what you would get using iOS 8. (As you can imagine, this is actually pretty hard to test out, so we'll just have to take Apple's word for it.) Additionally, iOS 9 features a Low Power Mode which you are automatically asked to use if your battery goes below 20%. (While the mode is active, the operating system will automatically disable resource-consuming animations, mail fetching, background processes refresh, etc.)

Furthermore, the iOS animations are now powered by Apple's own API called Metal, which makes scrolling and transitions a lot smoother. Lastly, every future update along with the iOS 9 installer occupy less storage space, which is great for everybody. As far as security-related changes go, from now on your device will ask you to set-up 6 digits pass-codes by default. These are just some of the major changes you will see in iOS 9, but there are also a bunch of smaller ones which are too interesting not to mention at least: All in all, iOS 9 is a great operating system, which many (myself included) consider to be better than its predecessor. From what I'm reading, its adoption rate is greater than the one registered by iOS 8, which can only mean that people really like it. If you haven't already tried it out for yourself, you should, and if you need any help installing it or going back to the previous iOS version, you can always check out the guide that I wrote on the matter.