How to Take Full Advantage of Your iOS 8 Device

Everything you need to know to get the most of your devices operating on iOS 8. 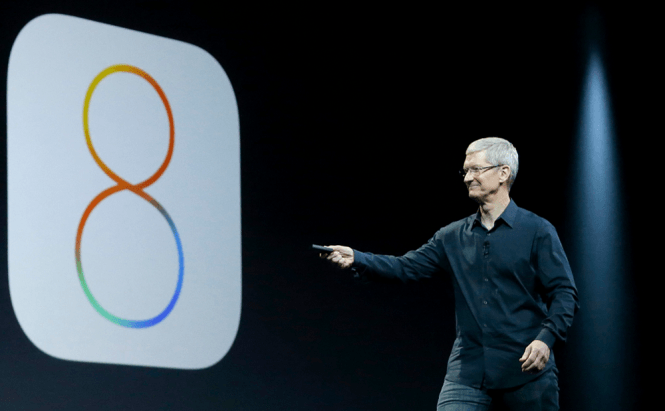 How to Take Full Advantage of Your iOS 8 Device

Despite its many flaws, iOS 8 has all the makings to be one of the best operating systems for iPhones and iPads that we have ever used. The software is filled with neat options and a host of improvements that make our lives a lot easier. Here you will find some of the best tips on how to make use of the new functions brought by iOS 8. One of iPhone's biggest problems throughout its history was battery life. iOS 8 offers you an easy way to see which of your apps have leached the life out of your battery in the past 24 hours or in the past week. This new option is very easy to access. All you have to do is to go Settings --> General--> Usage --> Battery Usage, and you will see a list with all the apps that utilized your phone's energy along with the percentage of battery juice they used. I'm sure all of us have had friends peak at a picture they weren't supposed to see. iOS 8 fixes that by allowing you to easily hide any picture you want by simply tapping the respective pic and selecting the Hide option. In all fairness, the photos are automatically moved to a folder inconspicuously called Hidden Photos, so it's not exactly hiding as much as getting them out of the way. A very interesting idea is the option to store your most important medical details such as blood type, allergies, medical condition, emergency contact or even genetic predispositions on your phone (only available on iPhone). How would this help? If you're ever in an accident, you will most likely have your phone on you. The medical information can be viewed without unlocking the phone, so your doctors won't have to waste any time finding it. Apple changed its keyboard options quite a bit in its newest version of iOS. First of all, the default one offers Predictive text which tries to guess what you are about to write based on your writing style. Since this can get annoying very quickly, you can easily disable it by going to Settings --> General --> Keyboard and slide the Predictive text switch to Off. Furthermore, you are no longer restricted to default keyboard, and you can install third party ones, such as Swype or SwiftKey. Another new feature enables iOS 8 users to easily share their locations with their friends. This means that if you're trying to meet up with your buddies, and they don't know how to get your location, you can simply send them your map coordinates, and they will not only be able to easily find you but also choose the most convenient route. However, if you are not a fan of the Apple Maps, changing to a third party app can be a bit difficult. In order to do so, you need to open an address in the regular Maps app, then tap the car icon to create a route and press the Apps button in the route selection menu. After that simply choose the (already installed) app that you want to use, tap the Route function, and you are done.

Add Photos to Notes and Picture Sharing in Messages Those few people who still use the Note app will now be able to easily add photos directly into their notes. Moreover, iOS 8 allows its users to embed photos and videos into their messages and easily share them with friends. All you have to do is take a picture or capture a video from the messages app instead of the regular app, and you can easily send them to your buddies.

Improved Controls over the Camera App iOS 8 allows you to manually alter the exposure of your photos, so you will be able to easily optimize the brightness level. All you have to do is tap on the app's screen when you are taking the picture, and the slider from the display will allow you to control the device's shutters. Furthermore, you can now take timed selfies. You will be able to program your phone to automatically take your picture in either three or ten seconds. Lastly, all those who love taking artistic pictures will surely enjoy the time-lapse feature. iOS 8 will automatically move the photos that you erase to a folder called Recently Deleted. From there, you can either easily get them back in case it was an accident, or instantly delete any image for good. Be wary, there is a catch to this process: each deleted photo has an individual timer originally set at 30 days. If you don't recover it until the time expires, the picture will be permanently deleted from your device.

Call on Siri to Help You Out Accessing Siri by long pressing the Home button can be inconvenient at times. Apple's iOS 8 allows you to call upon your virtual assistant by using the verbal command "Hey, Siri!". To enable this option you should go to Settings --> General --> Siri and switch the Hey, Siri slider to ON. Furthermore, Siri can now work with Shazam and identify the songs which are currently playing. Just ask her 'What song is this?' or 'What's playing?'. Sharing your files is no longer a chore. iOS 8 offers you a very convenient way of choosing your favorite method of sharing. Furthermore you can easily manage the list of sharing services by rearranging the order in which they are displayed and removing (hiding) the ones you don't use. Another cool feature gives you the possibility to quickly switch between the desktop and mobile version of websites when using the Safari web browser.