The Fair Fight for Users

Got Bored? Come on here! Take a breath and get engaged in a bloody fight between two technological giants. Everybody knows that the key to business... 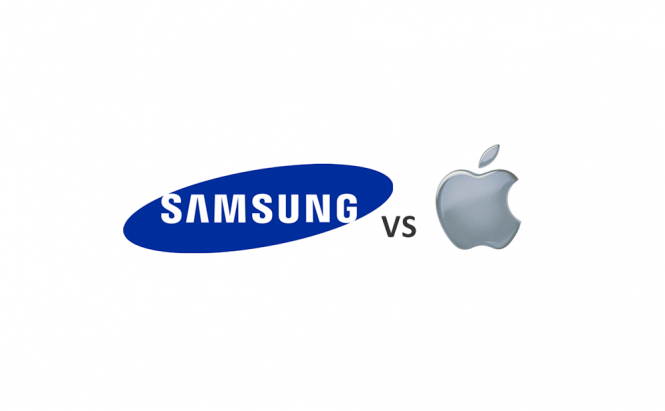 The Fair Fight for Users

Got Bored? Come on here! Take a breath and get engaged in a bloody fight between two technological giants.

Everybody knows that the key to business success is to do something extraordinary when you're trying to appeal to your users. Such reputable companies as Apple and Samsung are certainly aware of this point, so they never stop to amaze us, their dear customers. The smartphones of these fierce rivals have put up a big fight against each other. On the 7th of December, Samsung snatched a win over Apple at the T3 Gadget Awards and earned the title of the Phone of the Year for the first time in three years. We sincerely congratulate Samsung on this particular occasion, but the question is: does this remarkable victory represent the preferences of potential users?

Of course, we should keep in mind that tastes differ and we can enjoy the obvious advantages of both smartphones. But I was curious to calculate the rough percentage of people that make use of both devices. In doing so, I have pestered 100 people on a popular social network to name pros and cons of both designs. The perfunctory research generated some preliminary results that I'm happy to share with you.

Firstly, the users take into consideration the materials used in their smart phones: those should be of satisfactory quality. Needless to say, the prominent role of mobile phones nowadays is to lay in users' hands and make them feel self-assured and significant. 70 people justifiably claim that Apple has just succeeded in overtaking its closest competitor since iPhone 4S is made from such premium materials as metal and glass, while the material of Galaxy SII is plastic, and it is certainly not nearly as good as steel. Thereby, Apple scores its first point: 1 to 0.

Secondly, the users pay attention to the size of both phones. Sure, it's also a matter of taste; however, there's an apparent tendency to compactness, so 60% state that they would prefer the neat laconism of iPhone, which occupies less room in the bag or in the pocket. Still, the remaining 40% wisely insist that Samsung, being the bulky model as it is, is certainly preferable because it can be easily found in the dark labyrinths inside women's handbags.

iPhone (on the left) and Samsung (on the right)

As for me, I find this particular excuse quite reasonable: I'm an owner of a great many handbags, so I have a clear notion of how difficult it could be to find a small thing in the vast space of a bag. Moreover, Samsung Galaxy SII is far from being an irritably big one. Furthermore, Samsung Galaxy SII is much slimmer in comparison with Apple iPhone 4S. You know, it's a new trend that handsets should be as slim as possible. It's just a must! Samsung (on the left) and iPhone (on the right)

By the way, iPhone is also heavier than Galaxy: the former weights about 138g whereas the weight of the latter is 113g. You see, the difference is subtle, but when it comes to a fight between two giants, every detail is of crucial importance. Hereby, Samsung evens the score: 1 to 1.

Thirdly, when we're talking about smartphones, we can't but mention the originality of both designs. The users, being experienced customers, are likely to feel considerable doubts as to who they should give their preference to. They accept that, being rather sleek and quite stylish, both phones are sure to catch the eye. Thankfully, both also turn out to look quite expensive and casually elegant.

The final score is: 2 to 2. I'm sorry not to have given a definite answer, but it is a matter of taste, indeed. That's the firm conclusion the users have reached. As for me, I'm really keen on Samsung's green touchscreen, which looks truly unique; whereas the new iPhone is not all that distinguishable from its previous versions.

By the way, in conclusion, don't pass by and google for some of the weird cases for iPhone.

You are surprised, aren't you? Of the five weird cases for iPhone, which do you like best? Well, I'm personally impressed with this particular one: Delicious, isn't it? Having a sweet tooth, people must be careful not to gulp it down at once instead of picking up a call.

The Ear iPhone case cheers me up. I think it'd be a great joy see a person speaking on this phone when commuting by underground. As for the Hand iPhone case, it drives me crazy and scares me a bit. The artificial hand does resemble a severed one. What do you think about the Beetle iPhone case? It's perfectly suited for nature lovers (and naughty boys crazy about irritating their insectophobic mothers). To my mind, there's no point in making use of any weird case, as I do not really grasp their immense practical value. But tastes differ, so I've thought up 5 possible (and somewhat odd) reasons inducing people to purchase a strange case.

1. Everybody smiles and looks at you in a friendly way, so you're sure to be the heart of any company.

2. It's a cute way to initiate new acquaintances.

3. When you're bored or sad, you could cheer yourself up just by looking at your phone.

4. You can playfully kid somebody relying on your phone's resemblance to real things (for example, you could scare your teacher with a beetle).

5. It is a smart way to defend yourself against criminals (if I were a criminal, I would think twice before taking on someone with three ears or hands).

Moreover, there's a huge choice of said cases: there's a vintage newspaper and spectacles, a stolen Mona Lisa, a piece of old weathered wood, a funny phone booth, piano keys, and so on and so forth.

I really appreciate that Apple not only creates something fresh and original, but also generates a creative aura behind them. A round of prolonged applause!

Previous story Search Me! Next story Impossibiru to Stoppu. Part I

I haven't even imagined that Ear iPhone and Hand iPhone cases exist! Respect to author for this interesting and "delicious" article.