Google Voice Actions vs Siri. Round One 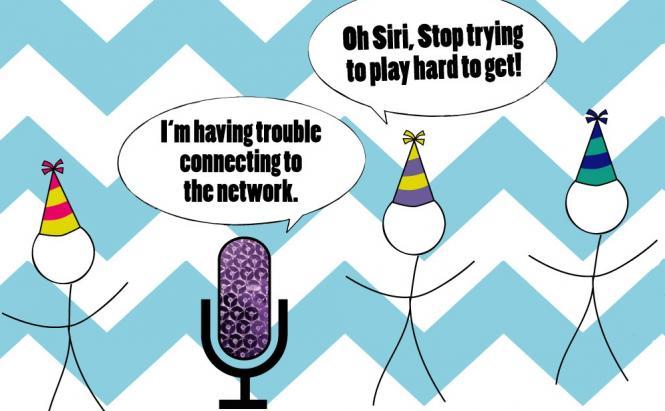 Google Voice Actions vs Siri. Round One

Motorola (soon, one of Google's divisions) has carried out tests: they compared the performance of Google Voice Actions (on their own devices, i.e. Motorola ATRIX 2 and Motorola PHOTON 4G) and Siri on, apparently, iPhone 4S. The results turned out to be surprising, at least for me.

Despite all the innovativeness of Apple's development, in some points it is even inferior to the search giant's product.

The first round included converting speech into text and sending it by e-mail. The second round tested the GPS service, which was later followed by checking the performance of notes creator. The last test was aimed at comparing the speed of Internet surfing.

Well, that was not the case when Apple demonstrated indisputable superiority. The Siri-like assistant by Google (though, silent and most likely a man) managed to process all the queries much faster than iPhone 4S, despite the fact that all the three devices feature dual-core processors. Well, of course, the reason may lie in the point that Motorola has equipped its smartphones with one-gigabyte RAM chips, who knows... But in any case, due to the variety of Android devices, the number of those willing to appreciate the new technology by Google will be incomparably larger than Siri's audience.

At least, it's worth its weight in gold to find a rival's weak point, isn't it?

iPhone or Android? Why?

Previous story Mozilla Adds Something New to Firefox Next story How to: Maximize Your Privacy Protection on Google

iPhone for people who are more into harddrive space and games.
Android for battery life, surfing the web, or working.
Overall, it depends on your style.

Why I've chosen Android:
1. Android is much cost effective than iOS.
2. Software availability is extensive.
3. Most importantly, it's freeware.

Why not iPhone:
1. iPhone expensive, that's why still I'm dreaming on.
2. Again it's expensive, and the thing is that I can buy 5 Android phone by the money of iPhone 5S.
That's terrible.

Off course RAM matters, that's why specialists are laughing at this comparison all over the web. Three Motorola devices (the 3rd one is Electrify) have 1Gb RAM each. Why they didn't take one with 512Mb?

Many also notice that Siri's strong point is understanding natural speech, while Google nowadays understands only robotic commands like in these reviews.

My vote is for Android as it has never let me down yet, touch wood) The speed of turning speech into text is rather high. And that's enough for me)

Android bcoz everything is make is easyly download with it.