The Asians are out to outdo Western companies: Lenovo and Huawei are the number-two companies in their branches and aren't going to stop at it. The... 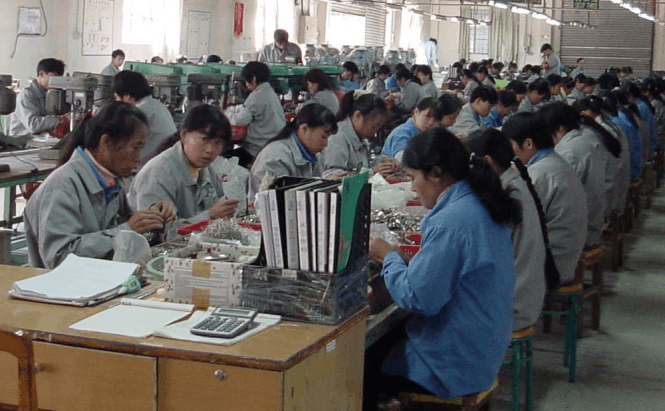 The Asians are out to outdo Western companies: Lenovo and Huawei are the number-two companies in their branches and aren't going to stop at it. Twenty-five years ago, if you had told somebody from IBM or Apple that the Chinese and Indian companies could be their serious rivals on the IT-market, you would have been ridiculed, and then haunted by this irrelevant assumption for the rest of your professional life. If you had done as much as suggest that Samsung could be Apple's most important friend and foe, producing the displays for their touchscreen devices and filching their tablet computer design, you would be responded with a long thoughtful gaze and most likely end up in some nice cozy mental asylum, taking several dozens pills a day.

If you had done the same ten years ago, your colleagues would have met you with an academic mien and said that those trends were no news for real professionals, but it was still miles and years away from the real market situation. They would have also advised that you should care more about the Japanese, who at that time posed a more evident danger to Western companies.

Today, as the Japanese are trying to reanimate their economy after the devastating earthquakes in March, we're observing the following: 1) the ratings of many Chinese companies are soaring after they have accumulated enough technological skills in the previous years; 2) India may be justly renamed into Outsourceland, providing most of the leading world IT-companies with client and tech support specialists and many competent programmers and web-designers; 3) Samsung is leading a legal battle with Apple on almost equal terms; the company is also the world's largest IT-company by revenues according to a number of sources and has become synonymous with Korea in the minds of most Western experts. In short, the Asians are on the go.

How on earth has it all come into being? Let's take a closer look at the flagships of the Asian tech competing against the U.S. and Europe dominance in the industry, and speculate on whether the Oriental corporations can eventually become something like the omnipotent Kanemitsu Corporation from Robocop 3.

The company was established in 1984 in Beijing as the "Chinese Academy of the Sciences Institute of Computing Technology" and started with distributing the products of leading Western IT-companies like IBM, Hewlett Packard, etc. Several years later, the Asians realized that selling other companies' devices could hardly bring the Chinese entrepreneurs anything more than peanuts, and began producing their own gizmos (although it started producing first Chinese motherboards as early as 1985). At first, these gizmos were what the Chinese goods are associated by most of us with, i.e. low-quality crudely fabricated stuff. The products, however, were an order of magnitude cheaper than their Western counterparts, which was one of their crucial advantages.

With time, this policy started bringing fruit: Lenovo Group occupied the top position on the Chinese computer market in 1996. This success was quite feat in and of itself, because the Chinese market was at any rate one of the biggest and most promising in the world. The Asians, however, didn't want to stop at that and began expanding to the West.

In 2005, Lenovo purchased the ThinkCentre desktop line from IBM, and relocated their headquarters to Raleigh, NC, employed an American CEO and got a new image. The company's revenues increased from 2.9 billion to 13.3 billion dollars over this period. Having combined its China-based production capacities with the IBM's PC business, Lenovo became the second largest computer manufacturer in the world.

In January 2011, Lenovo announced it was going to fuse with NEC, one of the oldest and largest Japanese electronics company. In July 2011, the European Commission gave green light to the acquisition, so in the near future, Lenovo is going to become twice as large as it is now. The transformation from a Beijing-based manufacturer of low-end hardware to one of the world's leading corporations has been successful. Unlike Lenovo Group, Huawei doesn't try to compete with the Western grands, and has occupied the comfortable low-end niche, selling smartphones for prices starting at about 150 bucks. The company's commitment to manufacturing cheaper devices is reinforced by the bold corporate naming policy: Huawei is the only Chinese IT-developer, operating worldwide under an openly Chinese name (for instance, Lenovo is called 'LiánxiÇŽng jítuán' in the Middle Kingdom). If you see a phone with a Chinese name, would you expect its performance rates to be of especially high quality? So when simply looking at its name, you get an idea of what the thing you're buying is. To my mind, it's nice to have a company with a decent naming policy for a change. If one thinks about Apple, who named their latest flagship product 'iPhone 4S', or another major Chinese IT-market player, who happened to be called 'Asus', it becomes obvious that Huawei's rivals just screwed up the whole naming part.

The Chinese company established in 1987, and is one of the world's largest companis, owned by their own employees. The beginning was everything but promising: it was not before 1992 that the company made its first major breakthrough in China, and not before 1994 that the corporation began large-scale operations country-wide. Till that time Huawei eked out the existence of an average Chinese electronics company.

In the early 2000s the company successfully entered the overseas market and soon established itself as dynamically developing manufacturer of cheap devices. Last year, the Huawei's revenue amounted to 29.11 billion dollars with 4.47 billion profits. Okay, not that much compared to Apple's 108.25 billion, but I'd like to draw your attention to the fact that twenty-nine billion is larger than the GDP of an average developing country. Huawei provides its services in more than 140 countries and co-operates with 45 world's largest mobile operators out of 50. The company is the second largest global telecom equipment manufacturer, and is earnestly hoping to become the largest one.