Microsoft announced its significant update to Windows Phone 8.1 and presented its new partners. 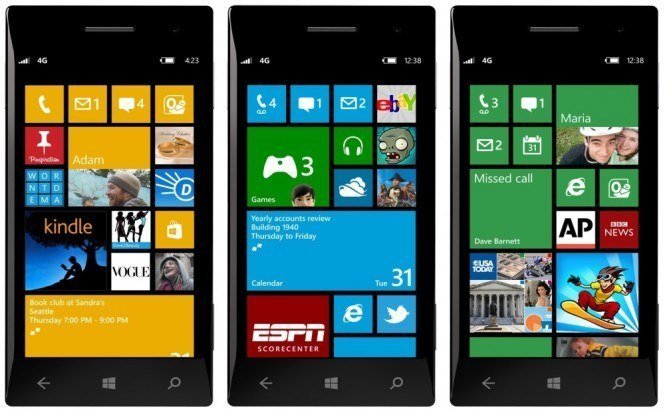 At the Mobile World Conference, Microsoft announced its significant update to Windows Phone 8.1 and presented its new partners. There will be 13 companies, mostly Asian manufacturers.

According to Microsoft's official statement, the following companies will release devices running the Windows Phone OS: Foxconn, Gionee, JSR, Karbonn, Lava (a brand (subsidiary) of Xolo), Lenovo, LG, Longcheer and ZTE. They will join HTC, Samsung, Huawei and Nokia that already have some Windows Phone smartphones and tablets in their product lines. Besides that, Joe Belfiore, Microsoft's corporate vice president, provided some details of the Windows Phone 8.1 update, which will be available in spring for all current owners of the Windows Phone 8 devices, as well as for the new customers. The operating system will support on-screen buttons, dual-SIM, an ability to store apps on the microSD card, which will encourage the development of cheaper phones with less on-board storage. Above all, new hardware support for Qualcomm's Snapdragon 200, 400 and 400 LTE chipsets will also allow device makers to create cheaper products. Thus, Microsoft hopes to win new audience on the market, especially in the Asian countries.

However, it's still not very clear whether it will be possible for Microsoft to successfully contend against its competitors, given the fact that in 2013 Android claimed nearly 79 percent of smartphone global market share. In the opening line of their presentation video for the Windows Phone OS distribution in the last year, the developers pointed: "We've overtaken BlackBerry." It caused laughter among the journalists who took part in the event, because this fact can be considered as just a minor milestone for such software giant as Microsoft that has only 4% on the global mobile market share. There are also other facts that confirm the doubt concerning the fast growing of Windows Phone OS sales. For instance, Nokia presented 3 Android smartphones at the conference, which really upset Microsoft leaders:

That looks really odd because Microsoft announced its intention to acquire Nokia's phone and tablet business in a $7.2 billion deal due until the end of this year.

LG, another Microsoft's partner, presented three smartphones with Windows Phone OS at the MWC: two of them belong to the flagship G-series, the other one, simplified, is a continuation of the L line – LIII.In their interview with Pocket-lint, the LG leaders have confirmed the company's plans in relation to Windows Phone products, but added that their occurrence is not expected in the near future. Most likely, the South Korean manufacturer will launch gadgets with OS from Microsoft at the end of this year or early next year, suggested the online source.

Unfortunately, there are no news on when the rest of device makers plan to start distributing Windows Phone products yet.

To sum it up, it is still not easy to assess the Microsoft's chance to increase its sales on the global market. It is still not clear how much the Windows Phone 8.1 devices will cost. More than that, consumers of these cheap devices will get access to the Windows Phone Store, where only 245 000 apps are available. In comparison to that, the number of applications on Android Market has already exceeded 700 000. Experts claim that until Microsoft has a vibrant app ecosystem similar to that of Android and iOS, there's very little benefit for consumers to own one of the Microsoft's phones.

Do you believe in the Microsoft's ability to strengthen its market share? Would you buy a Windows Phone device if its cost were no more than $200?

Previous story Best Upcoming Smartphones of 2014 Next story Is There Any Life Beyond Facebook?

I already own Nokia Lumia 520 and will continue to use Windows phones over Android because I got sick of messages like "app.apk has stopped responding". The primary issue with Android is its unstable nature: the longer you use the device, especially if, like me, you use the phone heavily with a lot of apps running.

Why not?)
But Microsoft tends to overcomplicate things. I mean there is a bunch of programs I don't really need and never make use of. Though I like its illustrative GUI)