All You Need To Know About Microsoft HoloLens

If you don't know how does Microsoft's new headset look like, you've come to the right place. 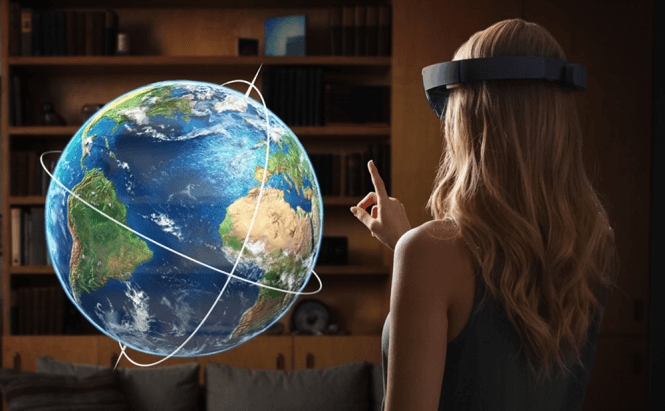 All You Need To Know About Microsoft HoloLens

At the latest press event in Cupertino, Microsoft shocked the entire audience with its new HoloLens project. Generally, I get a bit excited about most of the new stuff I see, but after a while I start realizing that the product is something that I would never really need. However, this was not the case. HoloLens is an amazing gadget based on a very impressive concept.

HoloLens is an augmented reality headset which produces 3D images that only the user can see. Although Microsoft calls those holograms, the term suggests a 3D image that can be seen by lots of people simultaneously, so augmented reality is more accurate. Nevertheless, I can understand why Microsoft doesn't want to use the term augmented reality, since Google ruined it for everybody. Basically, HoloLens is a pair of glasses which takes images from your computer and shows it to you in 3D. Furthermore, the system takes into account the environment that surrounds you (walls, furniture, etc.), enabling you to play games on a coffee table, or use the wall as a screen and allow observing the images from different angles as you walk around the room. The device can be operated through voice control (Cortana integration) and gestures (the same as with Kinect). Even though I heard a lot of people complaining about the gestures thing, stating that no one likes to wave their hands in the air, for me it seems to be the most natural way to control the device.

Is it different from all the other augmented reality devices we've seen?

The answer to that question is yes... and no. It differs from every other product of the kind that we know of. However, there is one device that is very similar, at least in its objectives, but we will talk about that in a jiffy.

What does HoloLens do?

Unfortunately, I didn't manage to visit the press event where the HoloLens was introduced, so I didn't get to test it out personally. However, according to Microsoft's presentation and videos, the headset is capable of some pretty amazing things.  Let's take them one at a time: When will it hit the markets?

When I first reported about the HoloLens, I stated that the gadget would become available in two years at the most, but I think I was wrong. Microsoft announced that a consumer-grade version of the headset will be launched during the Windows 10 period. So in other words, if the IT giant decides to maintain support for its upcoming version of Windows for the next 10 years, it could actually take as long as that. But let's not be pessimistic, the HoloLens is amazing and I hope to get my hands on it as soon as possible.