Take a look at the list of upcoming and anticipated handsets of 2014 and decide what is worthy of notes and what is just a broken record. 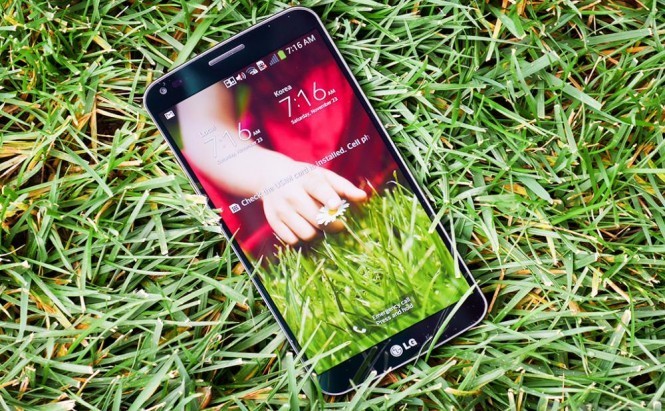 With the rat race for the powerful rule on the tech market, there's always something waiting for its uh-oh moment. Like winking, the manufacturers put forward new products hoping for big sales and significant success. This year is no exception, so we've taken a thorough look through all the upcoming or anticipated handsets to make you decide what is worthy of notes and what is just a broken record.

Galaxy S5 is apparently the most rumored smartphone of all times. Except that it's gonna be the hottest device of the year, it's also claimed to be focused on what users really need rather than on useless gimmicks. The new Galaxy comprises a 5.1-inch Super AMOLED display with a 1920 x 1080 pixel resolution and the metal surround almost identical to the Note 3. The back of the phone is really appealing: no more than ordinary plastic resembling a leather notebook, which makes the whole design look nicer and more solid in hand. The device has a 2.5GHz quad-core Qualcomm Snapdragon 801 chipset, that is pretty good in terms of power and battery life. Besides, the smartphone's speed has been improved thanks to the 16-megapixel camera with a fast focus and a download booster promising to operate over 4G and Wi-Fi in step. Endowed with a curved flexible screen, LG G Flex will become an unconditional exclusive among consumers. The unique display is not yet another design trick, but a legitimate quality to make the images more visible by creating a more immersive visual experience. More than that, the shape is to reduce reflection and contour the face which is better for calls and comfortable in hands. Still, it's also possible to press it back flat without breaking as the phone has a 'self-healing' coating on the back to repair scratches. The G Flex has a 13-megapixel camera of good quality, a 6-inch 720p display, and a Snapdragon 800 processor. Well, pretty interesting, isn't it? This is rumored to be a refined version of the Xperia Z1 launched only 6 months ago. Xperia Z2 is gonna have an extended to 5.2-inches display with a super high resolution of 2560x1440, that surely will deliver great color reproduction. The whole design is mainly the same, it remains large in size like the previous model but with rounded edges. Besides, as the handset will include a meaty Qualcomm Snapdragon 800 processor combined with 3GB of RAM, it could be one of the fastest smartphones around. As for the camera, there isn't anything that has been improved - the same 20.7MP camera sensor already seen on the Z1. There is a number of other features that Z2 will impress you with, so it seems to become an excellent upgrade of the premium class.

Nokia Lumia has been moving into top gear during the last year. Thus, the Lumia 1520 was fantastic having brought new ground to the Windows Phone. Yet, most users found it quite big for daily routine use. So, the Lumia Icon brings those competitive specs into a 5-inch screen, which isn't too large or small to hold. The novelty combines all the best features from the previous Lumias that might grab the attention of those getting tired of iOS and Android. Metal edging with a polycarbonate battery cover and a boxy shape bring the device an eye-filling look that we've always wanted in Windows Phone. Like the Lumia 1520, the Icon also features 1920×1080 pixel OLED screen, but the fact that it is crunched into a smaller, 5-inch display makes it the densest screen ever available. In all appearances the long-awaited refreshed iPhone version will hit the shelves in 2014. According to the latest rumors, the new iPhone 6 will feature a 5.5-inch display crafted out of sapphire glass, that could allow it to compete with all the successful Android devices. Big upgrades on the pixel density side are expected as well - 2560 x 1440 pixels. The concept defines a so-called tapered look resembling the popular Macbook Air laptops range that turned to be pretty successful for Apple. Moreover, at last check, the manufacturer will supposedly stretch out the display panel to the maximum, leaving a super-thin bezel, or even transform it into a borderless phone with edge-to-edge display.

Which of them do you expect the most?
View results

When comes LG G Flex on the market?

I like a design of LG G Flex. What price is it?

After G4 is completed locally, I will score a smart phone. Not before. Samsung gets me hard, but probably shops for the price/function mix.

Are the above pics of the products really theirs?

Lumia is the world best smartphone.

iPhone all the way.

I like Samsung Galaxy S5. Please tell me the price

I can't wait until it comes out. Will boost mobile be able to have these available?