A new instrument for gamers is being invented: a mouse and a keyboard are becoming united in one device. You may have a chance to try it out soon. 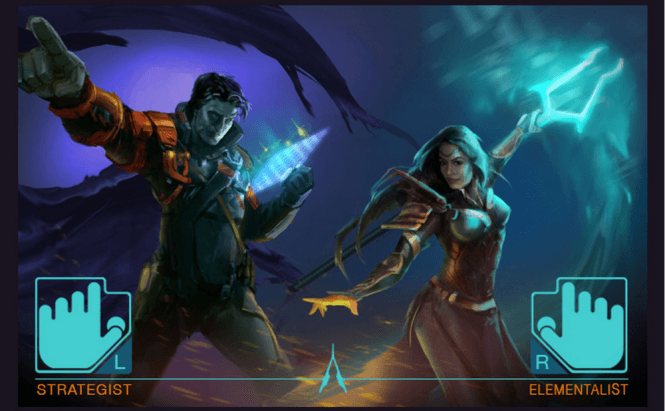 Gamers are often irritated with the need to move their hands from a keyboard to a mouse and back when playing a game. As you can't write in the chat field using your mouse, as it is not convenient to control camera movements from the keyboard. Solid Art Labs have found a solution for this frustrating situation. They've invented the King's Assembly device, which they call “a computer mouse full of awesome”.

Well, to be frank, at first sight you do not classify this pretty large double device as a mouse. It looks too strange and large for that. The keyboard-joystick-mouse thing appears to be of a noticeable size, though, if we judge upon the video, being easy to control.

The designers have put all their creativity to make King's Assembly ergonomic. An adjustable platform that follows the curves of a human palm is placed on the top of its parts. This stand allows you to move the construction around without having your fingers involved (this is one of the key concepts). The feet of each mouse is covered with teflon pads, which contribute to the slide smoothness. This Is How It Looks

The front sides feature a 30-button keyboard, bended for quick and comfortable access. The layout is QWERTY by default, but can be customized and saved in the device's memory.

The thumbs were not forgotten too with five buttons and a joystick provided for each. The mouse scroll wheel, we all got accustomed to, is absent. Joysticks are programmed to substitute it.

Thus, we have a very complex device before our eyes, which does the utmost out of the three separate units combined.

The two devices, which form King's Assembly, have their own names (the Strategist and the Elementalist) and can be used separately, though providing more functionality together. You won't get that from an Elementalist or a Strategist paired with an old-school keyboard.

At the moment, the two parts are connected with a wire, but the wireless cooperation is in goals. The more fundings the developers collect, the better the device will become. Now they have reached the second money goal, where the styling is to be changed.

Totally, the invention seems to be interesting, at least. The doubt upon comfort arises as the keyboard-combined mouse turns out to be pretty high, thus, hands may become strained, if King's Assembly is used for a long time. Hopefully, it will become more ergonomic and compact. All-in-all, King's Assembly appears to be a start of a new computer-user interaction era.

What's your impression of the device?

I agree, as well.

The tool is good.

Well, why not a camera that turns your subtle hand and finger motions into the keyboard and mouse output? I mean how this thing would work on my Super_Tablet/ Notebook Gaming Machine?

Well, I do not think it will hold up against what is already available.

This looks like exactly what I would want on my computer. It would be a very good accessory for someone who works in a CAD design team.

I have a red pencil box. It is nice.