Asus is not bad, Acer has been at the ball for years; the Chinese rule. So, Lenovo is cool as Rambo, Huawei isn't that bad either, but it would be... 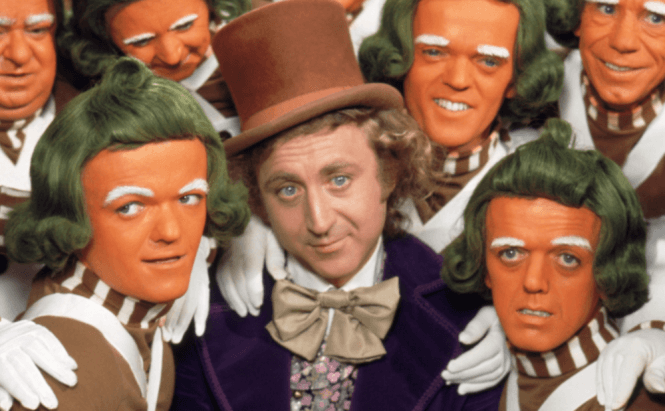 Asus is not bad, Acer has been at the ball for years; the Chinese rule.

So, Lenovo is cool as Rambo, Huawei isn't that bad either, but it would be utterly overconfident to think that such a juggernaut economy as China would spawn only two big IT-companies to play a significant role on the modern tech market. The Chinese nationality, which is 1.3 billion people and 11.3 trillion dollar of GDP strong, has shaken the very foundations of this economy sector, earlier dominated by the American and Japanese companies; and the People's Republic did it more substantially than just introduced two more powerful players into the global competition.
To give a prime example: where do you think iPhones are produced? The USA? Japan? South Korea? Nope, sir, it's the People's Republic of China. Think about it: the American corporation, almighty locomotive of Silicon Valley, the biggest company in the world by market capitalization, reformed church of the creative people and snobs from all over the world, has its devices produced... in China? Quite a strong argument in favor of the thesis that the tech market is gradually tilting towards the Awakening Dragon of the Orient.

The consequences of this tilt are numerous, but the flashiest ones are represented by the huge – no, not even huge – humongous Chinese corporations, having a fair share in various market sectors. It is quite amusing that many people have absolutely no idea that such big companies as Asus or Acer are actually from China... Oh, if I've already started talking about these two companies, let's stop here and focus on them in the second part of our 'big Chinese four' review. This company is more known in China as Huáshuò DiànnaÇ’ GÇ”fèn YÇ’uxiàn GÅngsÄ«, which can be rendered into English as 'Great Splendid Computer Corporation' (no joke). If you remember the names of their product lines like 'Eee' or 'Media Bus', it becomes clear that the naming policy is the company's staple stumbling block.

The question whether Asus is a truly Chinese company is debatable, since it is Taiwan-based. As of today, the governments of the People's Republic of China (the mainland China) and Republic of China do not recognize each other as legal entities, and each of them states it is the only legal force on the whole territory of China. 99% of the rest world population will never tell a Taiwan person from a 'mainland' one, so I think that it would be fair to speak of Asus as a Chinese company and not to go into political details no-one cares about.

Disregarding the poor naming policies, Asus is quite a decent electronics manufacturer. Their laptops are certainly not the best in the world, but they're at least not so hopelessly overpriced as the Apple's devices, and are not so poorly designed and manufactured as some other Chinese gizmos.

The company was founded in 1989 by four former Acer workers (Captain, mutiny on the ship!) who decided to run a business of their own. The four proved to be good engineers and business people who managed to give their child a sufficient momentum, so soon it was able to deliver its products to the overseas markets like the U.S.A. and Europe.

The Asus' history is not so bright and full of ups and downs as, say, Huawei's. Instead, it presents an exemplary picture of an industrial Asian achiever, who works extremely hard to ensure the steady growth of his company. However, reading the Asus timeline can induce catatonia even in the most enthusiastic fan of this company: there's hardly any other text, so tightly stuffed with indigestible abbreviations as this 'success story'. That's why I'm not going to reproduce here the company's history milestones mentioned in this document, and will just give you the some information about the company's current standing.

As of 2010, Asus yielded 19.07 billion dollars of revenue, out of which 390 million dollars account for profit. The company has a well-established position in the 'Asia's Top 10 IT-Companies' ranking by Business Week and is described by Wall Street Journal Asia as the best Asian company in terms of quality and service. Not a bad result after twenty years of hard work, isn't it?

Acer has the longest history of the four companies we have reviewed: it was founded in 1976 as Multitech. It had eleven employees and 25,000 dollars of capital. Back then it specialized in distributing electronic parts and creating machines designed for teaching the basics of programming and assembly language. The most famous example of such training computers is, perhaps, Acer/Multitech's Micro-Professor MPF-I, which was introduced in 1981 and has been sold ever since till today. In the late 1980-s company joined the PC-market, where it eventually became one of the major manufacturers.

In 1996, the company went beyond the PC market borders and started producing and distributing a number of home electronic devices like disc players or videophones. However, the Acer-label itself was only the top of the iceberg, with a bulk of the corporate mass being 'underwater': the key to the company's success at the time was its extensive OEM-activities. In other words, Acer earned most of its revenues by manufacturing parts for other tech companies like IBM. Few people know it, but Acer was the third largest computer manufacturer in the world already in 1998. This fact is little known just because it manufactured a greater part of its produce for other companies – just like so many Chinese companies are producing iPhone parts these days.

Eleven years later Acer topped Dell as the second largest PC manufacturer under their own label, and it is currently right behind IBM. This success is to be accounted for the low prices that Acer sets for their devices following the best Chinese IT-traditions (albeit there are gobbles of Acer laptops for more than 2,000 bucks)

So, 35 years after its foundation, Acer is thriving, having further production expansion in mind, and aiming at the top position.

It's time to draw conclusions from what we have learnt about the four big Chinese companies. The conclusion is unambiguous: the future may belong to the Asians. The post-industrial age in the West has prompted the relocation of physical production to other countries, and the computer industry is no exception. The volume of computer production is on the steady fall in the U.S. and Europe, and the trend of selling PC businesses to Chinese companies is distinct: that's what the two erstwhile leaders of the branch, IBM and HP, did, when they quit making personal computers.

The Chinese are more than happy to take over the role of the major computer suppliers and build more and more factories all over China to meet the market demand.

But what if the Asians decide not to stop where they are and to take over the software market as well? What if, as time passes, they want to fight for the global leadership in the tech branch, not willing to put up with the menial workers' position?

That's a thing for the current market leaders to think over. I hope that after reading this article, you have come to the similar conclusion.

Previous story Impossibiru to Stoppu. Part I Next story Talking about Doodles of Google