Two months ago, on September 4, Google Inc. celebrated its thirteenth birthday. After 4,475 days of its work, the Mountain View based company has... 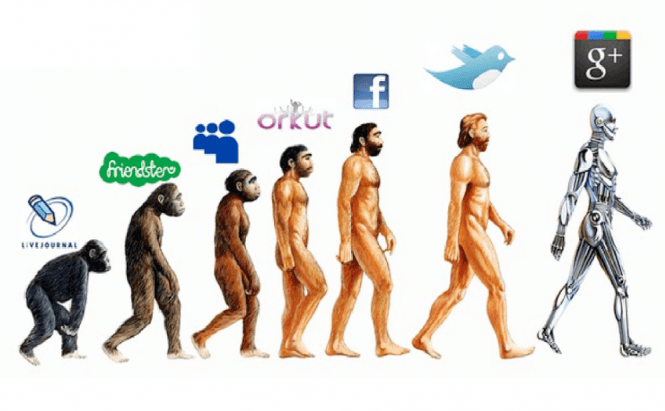 Two months ago, on September 4, Google Inc. celebrated its thirteenth birthday. After 4,475 days of its work, the Mountain View based company has come to grow from a humble Internet search company with an office set up in a garage to a juggernaut, big-brotherish corporation with a huge range of products and services and the total value of assets at $57.8 bln.

Apple, Microsoft, Facebook: the names of Google's major rivals make nerds from all over the world tremble with awe. Howbeit, Google doesn't get confused by big names and is successfully competing in a number of IT market sectors, like the web-browsers, mobile operating systems, or video sharing. The 104 acquisitions of tech companies Google has made since 2001 have secured its prominent position among the industry giants.

Nevertheless, unlike the other IT leading companies, our birthday kid suffers from a really bad problem: the lion's share of its revenues (99 %, to be more precise) is still coming from a single source, and namely from advertising, which is a pitiful situation for such a huge company as Google. It's even more pitiful, because about seven years ago Google failed to notice the new era of social networking coming and waved away any thoughts about Facebook's great potential. As a result, Zuckerberg has become reacher than any of the Google stock holders and is now rubbing his hands, anticipating the billions he'll get after the Timeline profile becomes the standard one on Facebook and allows it to depose Google as the largest web-advertiser.

No wonder Larry Page, the company's co-founder and CEO, and Eric Schmidt, the Executive Chairman, are bending themselves backwards, trying to diversify the ways Google's ads are delivered to its users. Since Web 2.0 has long been the reality, the emphasis is social-network projects, which, quite ironically, are failed by the Mountain View corporation with enviable regularity.

First Google failed to acquire Friendster in 2003, then it failed to make orkut, its first social network, popular in the United States and Europe, giving the way for the newly emerged Facebook. Another dismal failure was the shut-down of a whole bunch of social services and apps this year, including Google Buzz and Aardvark (both programs were launched only in 2010).

All in all, wasting millions of dollars seems to be the staple of Google's social networking policy, otherwise I can't explain, why on Earth they had to pump the estimated $585 mln into Google+ just to screw up again. Actually, the beginning was more than promising. Google+ was launched on 28th June on the invite-only basis, and was surrounded by an unprecedented hype. Millions of people from around the world were craving to check it out, which led to the number of users increasing to 10 million in just two weeks after the launch. The 'Like'-like '+1' button has been reported to have reached 5 billion clicks per day by October. A survey, carried out by a market researcher ComScore Inc, has shown that 13% percent of the U.S. adults had signed up for Google+ by the beginning of August, more than a month before the social network went public on 20th of September.

It was going public that spoiled the whole thing. First, the advertising campaign around it was totally awful. The huge annoying blue arrow on the Google home page, telling the world it can join Google+ without the need for an invitation by pointing at the link to Google+ was subject to much public outrage, as it mucked up the perfect conciseness of the site interface. The Google+ Arrow: Mucking Up the Home Page

The users didn't have to lurk for invitations any more and were left one-on-one with the Google+. That's how they found out it is crushingly, mind-numbingly boring.

The biggest problem about Google+ is that almost everyone has an account on Facebook already, so a regular user would join another social network only with purely cognitive goals. Therefore, the features the new Facebook rival would have, should be way better than those of Zuckerberg's site to attract the users' attention and make them stay. As of today, this goal is hardly feasible. Facebook is a hive of web-activity, where users can share almost everything they want with the world, play gobs of games, use scads of apps, and follow thousand of celebrities. This site is the central web-hub, where the most popular web services are merging into one seamless entity. And what does Google+ has to offer? The same Facebook stuff, but on a smaller scale, minus most of the web-services. Just to prove my point, consider Google's response to the Timeline profile: the 'incredible' “Google+ Ripples”. This is essentially a visualization tool, graphically representing how a post has been reshared. You can view the dynamics of the resharing process, compare the relative influence of resharers, read some sharing chain statistics, etc. Back in 2007 this feature set would have made me utter a gasp of admiration, hang up the Google logo on my wall and worship it every morning. Today, set against the features of Timeline, it can make me utter only a giggle, maximum a hem.

Following the logic I have mentioned above, the users sign up to Google+, find out it can offer them nothing new, yawn and return back to Facebook. As for me, I signed up the same day the search giant's social network went public, checked out the available features, added Larry Page and Sergey Brin to my circles, stared at my screen for a while and left the site to never come back.

Bime Analytics published similar statistics, according to which 83% users of Google+ are absolutely inactive, i.e. have no public posts at all. Rather conspicuously, this information was removed from the Google+ infographic later, 'as many feel that the data is simply not accurate enough.'

The third statistical evidence concerning the failure of Google+ is its enormous unpopularity among Google's top management. As of 3rd October, three of the 18 top search corporation officials, including Eric Schmidt, didn't have any Google+ account yet, seven made no public posts, five made less than 15 posts, and only Sundar Pichai (SVP Chrome; 58 posts) and Vic Gundotra (SVP Social; 150+ posts) were prolific enough.

Google has to face the truth: so far its social network hasn't been able to keep up with Facebook, lagging miles behind it, and there is no indication whatsoever that the situation is going to change. I would agree with my colleague, whose recent article has treated 'the humongous corporations' inefficiency' in detail: Google has reached the top and doesn't know what to do next.

Well, at least, Schmidt's company has a universal answer for all the questions if the projects it is investing money in will give any positive fruit: 'Search me!' Well it is goooood.