If you knew the fine print for your comfort, would you still make the trade? Let's find out. 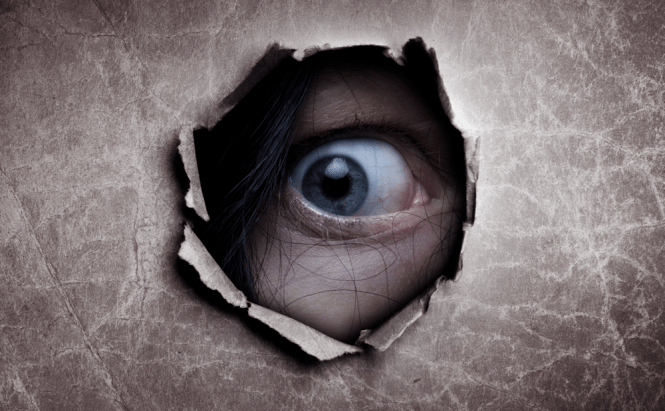 In recent times, there has been a lot of talk about the need for privacy on the Internet and how the big companies are taking advantage of their users. If you've read at least some of my previous articles you probably know how much I dislike it when corporations and government agencies spy on people, but let's be honest here, most of the "victims" are just as much to blame.

Let's take two of the most infamous names when it comes to privacy issues: Google and Facebook, and analyze the matter. Both of them don't charge you for their services so clearly they are after something else. The general consensus is that they are recording data about their users and using it for different purposes or selling it to other interested parties. At first, people were outraged by the matter, said that they didn't know about it, and strongly stated how important privacy actually is, but they kept using the respective services.

So, if you could make an informed decision, would you stand up for your right to privacy or would you choose convenience and simply not care about what large companies or governments are doing with the data they collect? Let's find out, shall we? No, it's not about the speed dial on your phone but the one in your browser. Speed dial is a feature that replaces the blank page that you get when opening a new tab with slots that contain quick links to your favorite websites. When Opera first came up with this idea in 2007, a lot of people were ecstatic and all other popular browsers quickly integrated it into their functionality as well. The problem isn't the feature itself, but how the websites in those slots are selected. Admittedly, you can set your bookmarks to show up there, but the biggest catch is that your browser is intuitive enough to figure out which websites you like the most and places them at your fingertips. How does it do that? By tracking your online activity. The data then goes to the browser's developer, so in case you like using Chrome, Google will get it. As a side note, syncing your contacts, preferences and other personal data between your mobile devices and Chrome also means that Google will have a copy of them. Virtual assistants are awesome and there's a lot of them recently: Siri, Cortana, Google Now, Amazon Echo, etc. They are amazingly smart and actually very helpful, but they pose a tiny privacy risk that somehow people seem to forget. Since they are voice activated, your gadgets are constantly listening in to your conversations. And since all of these assistants are intuitive and learn how to better interact with you, you can bet they keep at least some of the data. Where? Most likely on the very private place that no one can get to called the cloud. As far as I know all these devices will only record the data once you wake them up by using "magical" phrases like : OK, Google, Hey Siri, or Alexa, but even that info could suffice. So, is it worth the tradeoff? Using the same password for all your accounts is a high security risk and remembering dozens of passwords is difficult. This is when social login comes into play. In case you aren't familiar with the term, social login or social sign-in is the process of singing into a website using an already existing account from social network or website that is largely popular. I'm sure you've all seen websites where you can sign in using your Facebook, Twitter or G+ information and, I must admit, it's pretty convenient. However the big downside is that we are handing more personal information to the same corporations we were complaining about not respecting our privacy before. Not only will they be able to track us while we are accessing their services, but now they can follow us on other websites as well. Now that you have been made aware of the situation will you stop using social logins? From my point of view, nothing in life is free, so there will always be a tradeoff between convenience and privacy, but the question remains: who is willing to make that deal? Don't get me wrong, just as I prefer staying off the radar as much as possible, everybody else is free to make his or her own choices without being judged for them. However, it's really not cool to give IT giants a lot of power over our day-to-day lives and then complain about how much power they have.

Did you make up your mind?
View results

Nothing in life is free. If your citizens keep letting these pundits, keep giving you that slogan, you will lose all freedom and become a slave. For that it is what it means to not have freedom. You're a slave, this is where it is going and that is the ultimate plan in the techno age. There is no room for freedom, companies are springing up for security. This means security is against you, people are the security problem, one bad apple and your all bad. The man who wrote this tract is a part of the problem and is telling you, you must give up some of your freedoms for convenience? You've already given up way more freedoms that you needed to be a free human being, you cannot get it back once they take it from you. It is now to late to turn back once you realize you are in a slaved society, you will have to do one thing to get out.