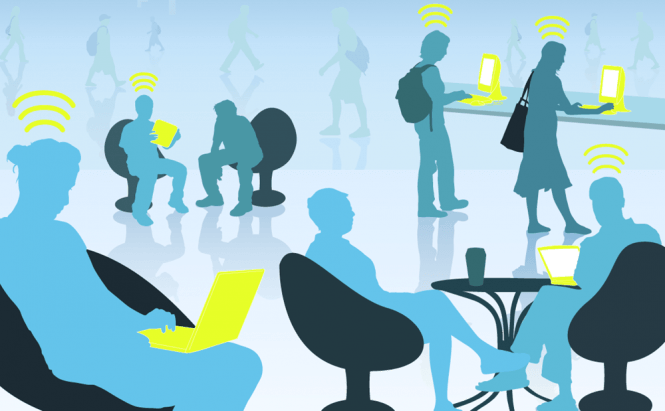 Did you ever wonder what happened to the old analog TV frequencies that are no longer in use? I'm sure, you didn't. But, apparently, a number of scientists have analyzed the situation and are now advising governments all over the world to turn those frequencies into super Wi-Fi networks that would be free to use.

The switch from analog to digital television freed up a lot of frequencies and governments are selling them to telecom operators who are looking for a solution to expand their services. But according to a team of scientists from the Karlsruhe Institute of Technology (KIT) in Germany, turning these frequencies into wide-range free to use Wi-Fi would be much more beneficial for the economy than pawning them off. As the infrastructure allows it, this Wi-Fi signal could be transmitted at lower frequencies than the one regularly used, thus drastically expanding the coverage.

This kind of networks would practically render 4G connections unnecessary taking a lot away from the hold that mobile communications companies have over their customers. Furthermore, as it is to be cost-saving, such a move would have clear, measurable economic benefits. Lastly, having this kind of network could serve as a functioning means of communication during or immediately after a huge natural disaster such as an earthquake.

Unfortunately, there are a few obstacles that need to be overcome before such a plan could be put in motion. For starters the governments must be convinced that the long term benefits of heaving such an Wi-Fi system will be far more relevant than the short-term money infusion obtained by selling the frequencies. An additional problem could be the congestion which could make the Internet speed unbearable, but that could be avoided with the right technological approach.

The scientists from KIT will take this project to the UN World Radiocommunication Conference that is going to take place in 2015, but, at the moment, their chances of success aren't very high.

Of course, it won't happen. Tesla already tried free Wifi decades ago. You all know what happened to that, the gov does not want people having free Wifi so as to lose control and corps getting undercut. They are having problems keeping the truth of what they are doing secret, such as hoaxing school shootings and manufacturing hoax bombings and as well as keeping the cover on 911 which they are losing. No, they won't let people have free Wifi.