Cyber-warfare and the future

A look at the prospects of the Internet with a bit of hope and sci-fi. 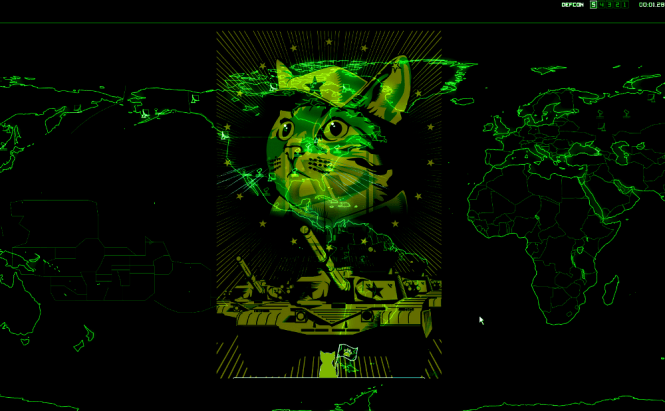 Cyber-warfare and the future

The war on terror is worldwide, and people get killed every day around the world as part of the fight. But not only soldiers on a battlefield are combatants in this kind of war. The Internet is no less affected by the confrontation, which is only natural: today, the Web is as much of a reality to most of us as the world outside the window. That is why the term «cyber-warfare» is as relevant as ever. Today, hackers become soldiers and spies and websites become battlefields.

But what is cyber-warfare? Generally speaking, it's a set of actions by a certain group that tries to penetrate another group's computers or Internet networks for the purpose of causing damage, stealing data or creating other kinds of damage. With the rise of the Internet and more and more institutions relying on online capabilities this kind of espionage, bullying, libel campaigns and spying gained a darker edge: direct attacks and sabotage. An agency is incapable of functioning if its servers are brought down, a newspaper or a recruitment site is useless when crashed by a DDoS attack. Such things, that used to be trivial and unimportant in the grand scheme of things, can now become crucial in the war effort against such «hybrid» militant groups as ISIS. However, just like the actual wars changed the face of humanity forever, cyber-warfare changes the Internet. Let's have a look at some of the possible effects it may have in the near future.

This is the first thing that comes to mind. Over the last few years, blocking and monitoring of suspicious content has been getting increasingly serious, and now EU sites are no longer allowed to host terrorist content. This is a very divisive trend, seen by some as a necessary evil in the free world, protecting people from the harmful ways of the ill-willed, yet feared by others as an excuse to oppress free speech and impose censorship. All your Web are belong to us

Indeed, this measure is a double-edged sword. Let us not take sides in a political debate, but instead, talk about the pros and cons in terms of a regular, apolitical user. Is having access to certain sites blockedpotentially bad or inconvenient? Yes. Indeed, when chased out of separate sites, terrorists and criminals will pollute public platforms like Facebook or Twitter, which will have to be censored as well. However, such platforms can never be brought down, and only specific offensive and illegal content can be taken out without damaging the experience of people who want nothing to do with it. Therefore, banning suspicious and illegal sites is a lot like chasing a predator out in the open during a hunt: they are easier to catch this way.

New generations of of hackers

Looks like visionary writers of cyberpunk like William Gibson were right when they invented the cyberspace that gave the name to this kind of warfare. Today, a young person with a laptop can do more harm than James Bond or earn more than Henry Ford without leaving their room. If online is the lifeblood of modern society, than hackers are its vampires. People who can bypass protection and gain access to networks and computers are the foot soldiers of cyber-warfare. Even today, their exploits and influences are legendary, albeit more as criminals than warriors. There are even lists of the most infamous hackers, like this one. This is my keyboard, this is my gun

How will reliance on cyber-warfare change the hacker subculture? There will be many more professionals among them, both criminals and «hacktivists», with government training and resources, even more profound knowledge of online and computer security and overall savviness when it comes to getting away with breaking into the vaults of data, money and secrets. The antics of infamous hackers of the past will look tame in comparison to what former cyber-soldiers on government payroll will be able to do. It will be the Vietnam War syndrome and Reb Brown movie plots all over again, only on the Internet. The Cyberspace has you, Keanu

Both censorship and government-trained hackers will undoubtedly cause changes in the way the Internet operates and the means to use it. Even today, projects like the Tor browser are trying to ensure that the Web has a chance to survive the online warfare by staying independent of government censorship. There's no doubt that online services, network structures, security measures and data protection will also change to be able to face the new policies and the ever-persistent confrontation that is cyber-warfare. So, maybe we will see the future where people wear their computers in their heads, and hacking involves uploading your mind to cyberspace. Hey, it was cool when Keanu Reeves did it.

Previous story EU sites are no longer allowed to host terrorist content Next story Chose your side with Star Wars: Galaxy of Heroes