Chose your side with Star Wars: Galaxy of Heroes 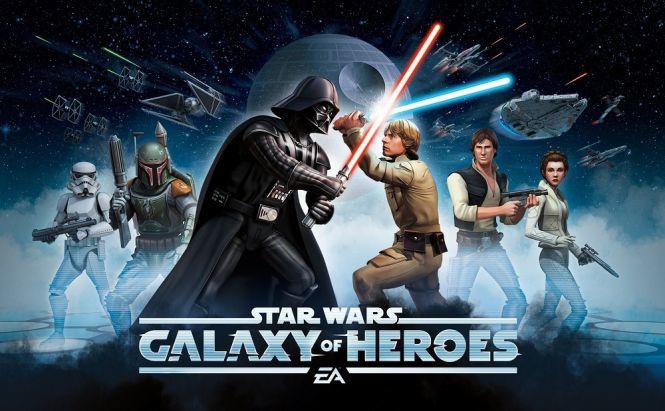 Chose your side with Star Wars: Galaxy of Heroes

I know you must be pretty tired of all the hype around Star Wars lately, as it, sort of, makes the wait not that sweet, right? So I won't be making any references, and jump directly to the point. Electronic Arts released a mobile game, called Star Wars: Galaxy of Heroes and, surprisingly, it's quite nice.

Those of you who can't bear all the mockery that game developers make of the canon can relax. This is a game inside the game, just like Gwint in The Witcher 3: Wild Hunt. The concept, though, is the only similarity you will find. Battles in Star Wars: Galaxy of Heroes are fully animated and the graphics are pretty nice for a mobile game. Playing through the battles, you will be able to upgrade and level up the cards of your deck and unlock new characters. At the moment, there are about 60 heroes and villains from the prequels, the original trilogy, the Clone Wars series and even the Old Republic series. Right, you will be able to add HK-47 to your deck as well. PvP battles are available at the level 8 and you won't be able to play for the dark side until you reach level 12. Pity, although you get levels pretty fast.

Although the game is free to play, it has a rather strong emphasis on in-app purchases. Sure, all the content is unlockable with in-game currency or with progress, but the chances to get new cards are pretty low, as it seemed to me. On the whole, Star Wars: Galaxy of Heroes is worth of checking out if you are tired of the old mobile games based on the Star Wars universe and want to kill your time while you're on a bus. The game is now available worldwide for both iOS and Android.

Previous story Cyber-warfare and the future Next story BitTorrent users alert: VPN bug could give out your location