Most of us have lived through various information wars put up by the governments around the world to distract their citizens from the economic... 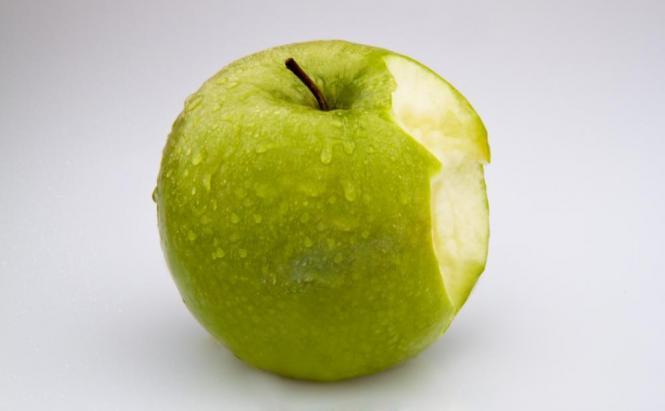 Most of us have lived through various information wars put up by the governments around the world to distract their citizens from the economic, political and other kinds of hardships. And it seems this strategy is paying off, for the most part. Some people in the United States still believe that the Russians are out to get them, or President Obama is the reason the country has its 14-trillion public debt. The last one is a result of a very well thought out and executed marketing campaign by the opposing party. But the truth is, the same kinds of wars are happening in the software/hardware area as well. Remember the VHS vs. Betamax war? Betamax was a more technologically advanced alternative to VHS, but the latter became the choice of the public. When relatively identical technologies are at war, the one with the best marketing wins: remember HD DVD vs. Blu-Ray and USB vs. Firewire. And when you run out of options in terms of positioning your product as superior to any of the alternatives, you hit your competition below the belt, just like what Apple is currently doing in the courts around the world.

This is not about innovation anymore, but rather about stopping everyone else from catching up with your advanced technologies. The Mobile OS War can also be called by its other name: the First World Patents War. Actually, it is very hard to make any sense of this mess; everything has meshed together: Java, mobile OS, tablet technologies. So let me try to sort it out for you.

Not too long ago, Microsoft released its brand-new mobile operating system, Windows Phone 7. At roughly the same time, Nokia was claiming to give up its own operating system, Symbian, in favor of WP7 for the smart devices. Analysts were afraid that Nokia might be doomed, in the light of its underwhelming 2nd quarter results in 2011: consequently its stock lost 2 dollars per share. On the other hand, Nokia will never be hit with a patent violation lawsuit from Microsoft, which is definitely a benefit (especially if Microsoft stands up for its little but strategic partner).

Up until a few weeks ago, Samsung was Apple's choice for production of high-quality screens for its iDevices. When Samsung released its Galaxy S and then the Tab, Apple accused Samsung of various patent infringements, including the “look and feel” of the product. (How is it the keyboard-stripped design of a tablet PC, which was around for at least a decade, is suddenly a copy of the look and feel of the Apple's device?! It feels like I am the only one who noticed it and I am going insane.) Well, the much-respected Samsung reduced to responding dirty with a comical twist, only to lose a couple of millions of dollars in the process. As part of the lawsuit, Apple asked Samsung to hand over the designs of the current and the upcoming devices for inspection, including iPad's main competitors – Samsung Galaxy S and Tab, both of them running on the Android operating system. In return, the smart Samsung, who knows that Apple capitalizes on people's anticipations to get the latest product at elevated prices, hence guarding their new products with unprecedented intensity, literally outed Apple and publicly asked them to reciprocate with giving up the designs for the upcoming iPhone 5. Apple's next move was to begin searching for a new screen panel manufacturer for their devices. But that's a bad idea, since Samsung's quality beats that of many other developers by far.

The last battle I will mention before I tie everything together is Oracle vs. Google. Android is based on a Linux kernel, which is free and Linus Torvald is not going to press charges, so it's cool. But all the applications that run on Android are based on derivatives of the Java technology. Not to go into details, Oracle wants a couple billions of dollars of lost royalties for the use of their tech. It will be hard for Google to prove that Oracle shouldn't be paid off for what is rightfully theirs, meaning there is a chance that the free Android operating system may not be so free in the near future.

So this is the time to tie everything together. Microsoft barely sees Apple as its threat. The evidence of this came to light last June when Apple and Microsoft were in the same consortium of technology companies that outbid Google for the package of Nortel's some 6,000 patents. At any rate, when Microsoft released the new mobile operating system, it was more than willing to side with Apple and fight Android together. Nokia could go Android as well, plus in the light of the recent Windows 7 monopoly trials, Microsoft aggressively begins to make friends with European companies: first Skype, now Nokia. It will be like a greedy guest you do not like at your party and you can't kick out because he is a mutual friend of all your guests. From now on, hurting Microsoft will mean hurting Nokia, which will affect the economy in the Eurozone. A smart move by Microsoft, I think. Oracle is also a sideliner in the wars against Android, since there isn't really any benefit for the company (besides huge money, of course). Maybe there is some sort of under-the-table partnership with Apple going to be the result of all of this? Who knows. But, regardless, Oracle's entry into the patent wars was not a coninky-dinky, I think. Finally, Apple, the quarterback of this game, attacks a couple of companies at once on the fronts around the world. It sucks when your profits are eaten away by the mere imitators, making your operating system less popular (judging by decreasing market share numbers) and forcing you to innovate to be able to compete and to stay in the game.

The patents wars between Android phone manufacturers and the iDevice creator, the developer of Java technology and the company behind the Android operating system, and within the consortium of rivals against Google, will get hotter and more interesting. I mean, Google snatched Motorola with its humongous number of patents and its own handset manufacturing sites, which are quite successful. That will show Apple a new development in the patent wars. Besides, Apple could have licensed the older version of the iOS to other manufacturers; instead, Android, even its supposed paid version, will take over much of Apple's market share. It seems to me, Apple is losing the same way it lost to PC back in the 80s. iDevices come in the same 2 flavors and are produced by only one company; while Android devices come in all flavors and colors, in all regions, and are manufactured by many developers around the world. If numbers mean anything in this patents war, then it will be for Google with its Android. I am all for diversity and freedom, but the conservative Apple seems to aim otherwise. So, to claim my freedom from iOS, I am going to get the sweet Lenovo's IdeaPad Tablet with my next pay check. Whose side are you on? I think war will only bring hatred among these companies, maybe dialogue can help so as to facilitate further growth and development in these business sector and to enhance active corporation for effective growth. Remember, war doesn't pay.

Good. Before I touch on Microsoft for its abuse, now these two. Stuck together while lower prices on everything Apple.
Indeed WINDOWS PHONE phones are very good. There should be no prejudice.
A Sansung Apple is crushing in Europe.

A look at Ubuntu would not hurt.