Foreword As if something had prevented me from finishing this article yesterday. You know, I was sitting at home, and every word I wanted to write... 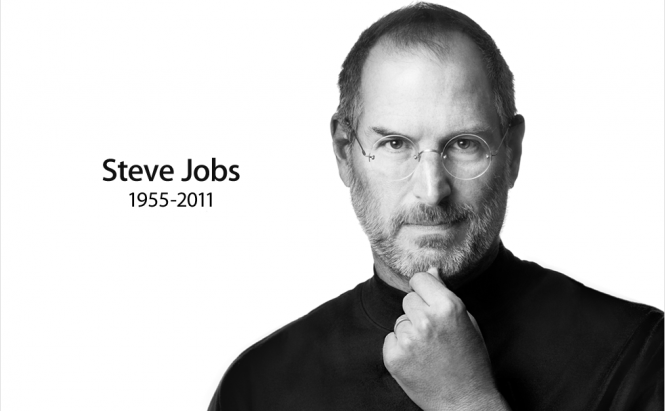 As if something had prevented me from finishing this article yesterday. You know, I was sitting at home, and every word I wanted to write was playing in my mind over and over again, but for some reason I just couldn't write that all down. No, it was by no means bare idleness. Today I finally realized what made me feel that way. I wish I hadn't.

Yesterday in the morning we all were trembling with excitement, and that is not to mention the whole last month's wallowing in rumors and conjectures. 10 a.m. PST became an H-hour for all Apple fans and common breaking news lovers. That was the minute when millions of people all over the world clung to their screens in order to be first to learn about iOS 5, iCloud (eh, who cares?), and to finally find out what the new device under one of the most high-status brands will look like.

I was right amidst those who glued their eyes to the laptops. Left breakfastless, I pressed the F5-button every seven seconds while eagerly reading live presentation tickers, all that in the hope to find one sacred word: iPhone. Just like thousands of people, I was inflamed by the rumors blazed by the self-proclaimed Apple insiders and couldn't wait to see who of them was right. First of all, the public was extremely unwilling to admit that Steve Jobs, the co-founder of Apple and its most flamboyant CEO, really did leave the company. So, many believed he was going to at least chair the presentation of the latest innovations. Concerning the digital status indicators, the one said there would be a completely new iPhone 5, the others - that the corporation was going to launch two different devices: iPhone 5 together with an improved 4th model. None of them was right, however. And that's a pity, because what happened yestermorning seemed to me much duller than even Dullsville.

My ticker about the 'Let's talk iPhone' conference began with a photo of happy (although obviously nervous) Tim Cook and a message that read: 'This is my first product launch since being CEO'. Well, as I understood later, it was not the most felicitous event either. No, I mean, Cook really stood up for himself, but the product that should have become a new idol for millions...

After tiresome recitation of Apple's achievements, as in Apple stores' revenues, the level of user satisfaction with iPad 2 and some other evidence why Apple is one of the leading corporations in the world, Cook finally got down to the new developments. Here we saw, at first, iOS 5 (a new-generation mobile operating system) description; then finally understood what exactly iCloud (based on cloud computing data storing service) can provide to its users. But the main part of the performance, long awaited by everyone, was still veiled in mystery.

It was almost 11 a.m. when all the live streams burst out yelling 'Finally iPhone!'. At that moment we could see it. That's what we saw and still keep on seeing: it looks perfect for a new iPhone. It has a band made of stainless steel around its oblong body. It has black glass on its front and back. It has the typical round button under its Retina touch screen. So dandies can say good-bye to your dreams of taking-your-phone-out-of-the-pocket-and-producing-the-'wow'-effect. It looks EXACTLY like the old iPhone, number 4!

You won't believe, but it even retained the number. It is iPhone 4 as well, but now it has an S-suffix. It is now called (stop laughing!) iPhone 'for-S'. And that is how everyone regards the innovation by Apple. Well, right, the hardware has totally been changed, as it usually is done with new iPhones. 4S has a dual-core A5 proccessor. It has Siri, the 'personal assistant' that allows the happy owner of the device to totally control it by voice. 8-megapixel camera adds to the list of the device's advantages. And all these things really represent serious competitive advantage of the iPhone in comparison to some similar gadgets based on Android or Windows, as although other developers have long implemented similar features, they failed to achieve that quality level of Apple. But again, who cares about technology when it comes to iPhones? iPhones are, in fact, pure image-building trendy whimsy-whamsies designed to show off. Classy well-marketed not-that-cheap devices have always been a perfect means of demonstrating prosperity. But iPhone 4S became a complete disappointment in that terms. And that was Tim Cook's obvious strategic mistake. Apple's stocks fell by 3% right after the presentation, millions of fans' expectations were deceived.

That was where I stopped yesterday. Today my only feeling is grief. I could never think of finding out on the next day after the presentation how wrong I had been when saying about expectations. Steve Jobs has died. Died of his long-torturing disease, rare form of pancreatic cancer. Died peacefully, among his close relatives, at the age of only 56. He was the person who became a real small god, who became a living legend. A part of his soul seemed to be embedded into every single Apple's product. He turned the world of information technology upside down. He created the first 'beautiful' personal computer, the first trendy smartphone, prestigious pad... He was the first, he was the Man, with a capital 'M'. I wish (and I'm sure most of you wish it too) some time I could express my respect to him personally, but, unfortunately, this dream will never come true. Here I would encourage you to honour memory of Steve Jobs, one of the most outstanding personalities of our century, and finish my narration by extending sincere condolences to his family and friends on behalf of the whole Software Informer team .

Yes, Steve Jobs was a great person in the computer world but, anyway, his success is mostly based on the hight-pricing products (Mac computers, iPhones)...
I think that there is also a lot of open-source developers and engineers who also has made some big changes in the computer world.

Agree with Arvis, Steve Jobs was really a great person. I salute him, my salute is always there for open source developers who are really great great and great...

I don't know why Steve Jobs is so much worshipped, like some God.
He's a common businessman who has done well, but he's only a "Messias" in the eye of techno-crazy people.
From a general point of view there is no humane greatness about him. Just success in business. The're lots of that kind around.
I have nothing to say against him. He was probably a decent person - at least as decent as a businessman can manage to be. But to worship him in the way that the press does is not good. We should have higher ideals about noble human behavior than just successfull business.
Anayway, may peace be with his soul. May peace be with anybodys' soul, for that matter.