Having lost the chance to be among the first to test Google+, this morning I was quite excited to finally find an invitation to the new social... 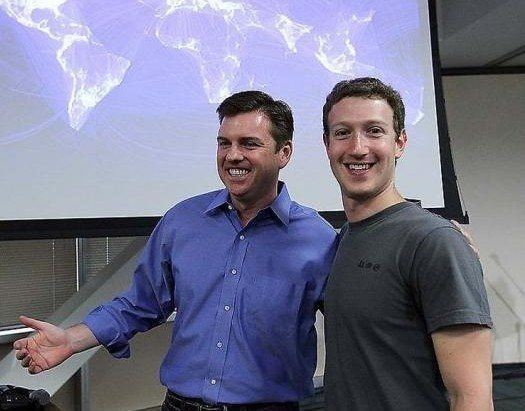 Having lost the chance to be among the first to test Google+, this morning I was quite excited to finally find an invitation to the new social network in my mailbox. Impatient to see something whopping, I could hardly wait to open the page and find myself completely astonished... but it never happened when I signed up. No, I didn't find anything revolting, the interface is extremely convenient, and given all the bugs are fixed over time, it can become a great tool to share and browse media files, i.e. photos and videos. But it certainly wasn't what I had expected it to be. The usual minimalism of Google reflects itself in every button, or, to be more precise, in their absence. Someone will certainly find it an advantage as opposed to the overloaded Facebook's interface, but I believe the long-lasting habit of using Facebook's blue windows will oust the impersonal newcomer.

However, it must be extremely stressful for Mr. Zuckerberg, who had for so many years been eased of all competition cares. The value of Facebook rising up to $50 billion, no serious rivals heaving in sight - all that made it possible for the young boss to rest assured he would never be defeated. The time and tide wait for no man, however, especially when exorbitant sums of money are at stake. So now it's time for him to face the consequences of the invigilance.

We have already touched upon the topic, but I, as a devoted Facebook fan, cannot leave it alone without looking into the matter from Zuckerberg's point of view. In my humble opinion, the greatest blunder of the Facebook team was to act like a college senior who never gets to finish his projects before the deadline is missed.

Around a year ago Facebook developers promised to come up with drastically new ideas. We heard a lot about new security measures, new communication features and about the partnership between Facebook and Skype. We were anxiously waiting for all these options, but never found them neither on the website nor even as an announcement in the official blog. The time has come, Zuckerberg's period of carelessness has come to an end. Another world empire has decisively appeared on the horizon, and Zuckerberg is no more able to turn a blind eye to the needs of his 750-million worldwide community.

In an attempt to catch up, Zuckerberg decides to implement a multilateral chat, known as a group chat. Okay, it is already available. With some bugs, just like the regular chat, but still, it works. What should have caused a stir is the video chat created in cooperation with Skype; and it would have worked out, if it hadn't been for Google's meddling in. After the launch of Google+ beta version it looks however just as if Facebook tries to put the clock back and urgently introduces the raw version of a semi-finished product. Panic has never been the best friend of a businessman, and this case is not an exclusion, but now the two companies have seemingly equal opportunities. Despite the pro-Google forecasts heard at every corner, at the moment I refuse to agree with the those opinions. In the near future Google's social network will by no means beat the established giant, Facebook, and take its place, and here are the reasons.

The first point to consider is popularity. Of course we can't deny that Google Search page has around 1 billion unique users. Not more than 250 million of them however have an account. Compare it to Facebook, which has around 350 million people visiting the website at least once a day, and note: not to search for anything, but just to communicate with friends and check the news. It is a serious advantage for Facebook, and it will remain so for at least the next couple of months. Google will require time to allure a significant number of users before people feel comfortable with spending less time on Facebook, and get fully absorbed in Google's Circles and Hangouts instead. This time span gives Zuckerberg an opportunity to implement something exciting and new to keep his users from leaving to Google's plus. The second is functionality. In fact, Google+ just copies the existing features of Facebook, although in a more intuitive visual presentation; and no matter what, at this moment Zuckerberg's team is coping with the task much more successfully, primarily due to their accumulated experience. Of course now you're infuriated: what about the video chat service? My answer will be: neither of the companies has introduced it yet. While Facebook does not even pretend to, Google+ fails to provide any service at this stage even given the latest Chrome version is used. As for me, I wouldn't consider highlight declarations as a competitive advantage.

Although everything mentioned above contains only rough calculations and bare assumptions, we can't fail to admit that at this very moment Google does not possess even a half of Facebook's potential. Now we can only try to guess what will happen next. To prove our theories we have to wait until Facebook integrates the features promised and Google+ is launched in full mode. And despite all the affection towards Facebook, I truly hope that it is not another case of Larry Page's wasting money, just like it happened with Google Wave, Orkut and some other slushy projects.

Previous story The new update lets you hide your face on Microsoft Teams Next story Apple vs. Google or Mobile OS Wars