Is automation a thing to fear?

A closer look at the fear of digital overlords taking over our lives. 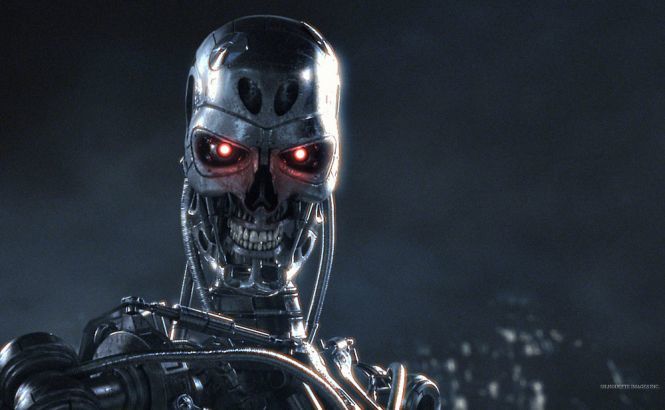 Is automation a thing to fear?

So, the Japanese finally did it: they introduced robot medical workers who will assist in taking care of people's lives. This has been done in the age of drone warfare, toys teaching children programming and self-driving cars becoming the next best thing in the transport market. Let's see: we have Windows with Cortana, cars that use GPS and don't even need drivers, and now we have robotic bears lifting patients and heavy equipment. Looks like the human element is slowly being driven out of the process of... well, pretty much everything. Is the dark future foretold by Sci-Fi authors really coming? Are we going to rely more and more on machines to the point of being enslaved by our own creations? Let's try and apply logic to that fear. First of all, we still have a long way to go. Current state of automated hardware and intelligent learning software can be described as very early infancy. Machines can't learn yet. Yes, Cortana may serve as an assistant, and so can Siri, but expertise and knowledge of such (highly advanced) programs is limited to just a fraction of the computer's functionality, and even then, their function is more decorative than anything. Cortana may inform you of something or assist with finding something else, guide you through processes and actions you have to perform yourself. Of course, over-reliance on such assistance is detrimental, but it's a far cry from replacing a man with a machine. The same goes for drones, GPS, robotics and self-driving cars. There is no real artificial intelligence. Humans are always in control.

Now, as we have seen the restricted capabilities of automated programs and devices, let's analyze this some more. Yes, machines cannot do as much as humans, but are they really perfect at what they can do? Even a timer you use to st an alarm can sometimes skip and not wake you up. So, what about complex programs and huge systems of various pieces of hardware and software working at the same time? Computers crash, drones get lost and fall down, GPS shows the wrong way, and Cortana mishears you offering some very strange things instead of what you want. Automation is not only young, but very, very flawed.

Finally, let us realize something. Automation will not make our lives worse and our minds weaker, because it already is everywhere, and we are still fine. Remember when you had to correct every spelling mistake in a document on your own? Now it's automated. How about command input by typing entire words instead of clicking a mouse? All of those issues that seem so ancient now were resolved with the help of automation. Background self-updating antiviruses, virtual assistants and self-driving automobiles are just the next step in man's eternal pursuit of comfort, and that is nothing to fear. Now that we've learned that automation isn't half as scary as cyberpunk novels say it is, let's take a look at the good little things automation brought into our lives.

First, there are the installer managers, such as Advanced Installer, specified software installers, driver installers, etc. These are the programs that let you install complicated sets of programs, alter or upgrade program code with a few clicks of the mouse. This is pure automation, making casual users as proficient as programmers of old.

Second, there are update managers, media software and system performance enhancers. Nvidia nView for graphics and desktop, CCleaner for hard drives, K-Lite Codec Pack for audio and video — all products of automation created and updated to spare the users tedious work of accessing every part of their system separately in a long, non-intuitive process that can easily lead to system or performance damage.

Third, on the hardware and machinery part, we have washing machines, smart fridges, the very same GPS operators helping us find a way, demolition robots preventing the loss of human lives, databases, automated regulation of every aspect of complex systems that would be unable to function without computing — all of this is what makes modern civilization what it is today. So, should we really be afraid of Cortana or a robotic nurse? Of course, progress is a good thing, but one must always remain vigilant. Automation brings a lot of good, but at the same time it may cause problems. Imagine, for example, an automated factory that no longer needs hundreds of workers engaged in manual assembly. This leads to a loss of many jobs, and extensively, to a loss of the basic workforce. We all know that even the most fool-proof systems are prone to breaking — and who is going to fix them? Specialists, of course. But in the age of automation narrow specialization is the king of education, so there will be only a few specialists who can solve specific issues, and they will be unable to fix everything. Lack of timely maintenance and repair paired with the over-reliance on the now-broken machinery may lead to a shortage of product, which will lead to a loss of capital, and potentially, a loss of effect the product makes on society. That's all just one tiny example of possible dangers of conveyor belt automation backfiring.

Despite many fears being simple over-reaction, a high degree of automation can lead to consequences that need to be taken into account. That is why, while embracing the comfort, man must always retain a sense of responsibility for his own well-being.

We can always enjoy the benefits of machines doing our work for us. But we should always remember that, in the end, humans remain at the helm.

Previous story Researchers found a way to hack self-driving cars Next story What to expect from Apple's keynote event?