Things to know about Fallout 4

How I stopped worrying and built myself a home in the Wasteland. 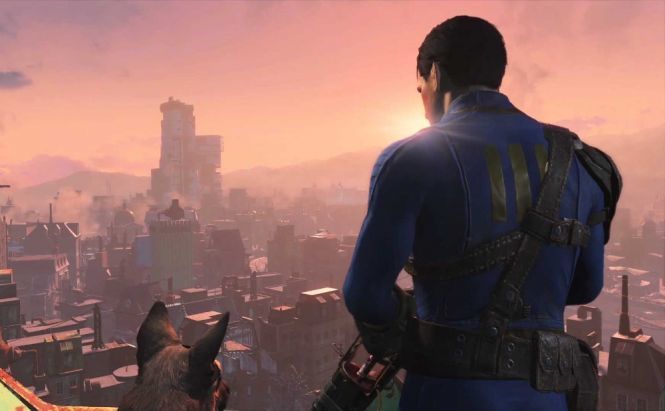 Things to know about Fallout 4

Recently, a lot of "old" video game properties have been getting new releases. Star Wars is getting both a new movie and a new big game. Activision Blizzard seems to have a great deal of ambition now that StarCraft II: Legacy of the Void arrives soon along with a promised DLC, and now the long-awaited fourth part of the legendary Fallout role-playing game series has been released to the general public. Unsurprisingly, this sequel sparked quite a bit of controversy on its release, it being another game in the series developed by Bethesda, a studio famous for "The Elder Scrolls" franchise and for being the company that sets the standard for open-world games that have been all the rage ever since Bethesda's Skyrim was released. Bethesda previously made Fallout 3, reviving the franchise after a decade of slumber after the end of Black Isle Studio's reign over classical RPGs, and the changes the new developer brought were not universally welcomed by hardcore fans. Shooter-like first-person mechanics and a revised version of the S.P.E.C.I.A.L. system at the core of the character creation and development seemed like "blasphemy" and ruined the experience for some players, not aided by Bethesda's traditional lack of polish when it came to bugs and rather obsolete animation due to the same graphical engine being used since The Elder Scrolls: Oblivion. However, the game was a great critical and commercial success, followed by a spin-off Fallout: New Vegas developed by Obsidian Entertainment, a company where several creators of the original Fallout worked at the time. But since 2010, no new games have been released or announced until E3 2015, where it was revealed that Fallout 4 is coming, and it's coming soon.

Earlier this week, the game was released and divided the fanbase even further. Changes were obviously implemented to make the new outing conform to the standards of modern RPGs, borrowing several elements from the style of other developers such as Bioware. Some have already decided that those changes derailed the series completely, others find them refreshing and adding to the unique atmosphere the games have. Let's take a look at some of the new features of Fallout, some of them well-known and controversial, others actually surprising when you find out about them.

Fallout games tell us a tale of the people trying to survive and rebuild in the aftermath of World War III in an alternative timeline where nuclear rockets were launched and destroyed civilization as we know it. Different games showed us different periods of the post-apocalyptic history, and this time we go adventuring 200 years after the end of the world. This immediately reveals a new design and storytelling decision by Bethesda: the world is different from earlier Fallout games. Humanity has two centuries to try and restore at least a shred of its former glory, so the Wasteland now has a lot more civilization in it, with well-organized societies, primitive infrastructure and a living world that can almost feel all-right... if you discount nuclear wastes, mutants, anarchy, violence and ruins. So, expect to find a very different atmosphere in the Boston Wasteland. It's not that much of a wasteland anymore, but is still as dangerous and terrifying as before. Here's looking at you, kid

Second most divisive element of the game is the new protagonist. Whereas former Fallout heroes were heroic (or villainous) mimes with only text as their speech, this time both male and female main characters are fully voiced in a manner similar to the one Mass Effect, even sharing one of the actors, Courtney Taylor, the voice of the "wife". Why is she called the wife? Well, because this time the protagonists have a set backstory, making them both (male and female) a family who had lived in the time before the nuclear war and then were put in suspended animation in one of the franchise's iconic Vaults, designated Vault 111. A lot of fans hated the idea even more than the one from Fallout 3 where you started playing from the moment you were born - at least, back then you could shape the person you will become. Now the character is always a war veteran, always initially married and always has a child who gets kidnapped kicking off the story. Many people believe this limits or even outright ruins the role-playing aspect of the game, taking away the player's freedom to create the character from scratch. However, it has been noted that this approach to the protagonist can actually make the role-playing experience richer. The character feels more personal now, has a voice and a history, he or she plays a lot more like a real person than a mute dummy we used to have. With more personality, comes more involvement in the story, a new take on interactions with characters. This is also a base-breaker, but not exclusive to Fallout. A traditional dialogue system has been replaced by a wheel with several reactions leading to prolonged phrases like in Mass Effect and every other RPG except maybe for The Witcher series. Some like it, some don't, but it's hard to deny by this point that this is the way interactive dialogues will be in the future. So, Fallout is just joining the rest. The dialogues themselves, with options for subterfuge, intimidation, flirt and bumbling idiocy, are not in any way inferior to the previous incarnations.

Indeed, the new editor for the protagonist's appearance has finally broken the tradition of Bethesda games having a lousy customization system. You can now create any face you want, from your own to Robert Downy Jr.'s, if you want to. With a cute new face, you select the name of your character, and here's a secret not many people know: there are several hundred names in the game's database that are fully voiced. Usually, a game omits addressing a character by name, since it would take great pains to customize every dialogue for both genders. But here, your name can actually be heard if it was recorded. The tricky part is guessing which name is in the database.

With a different Wasteland and a different protagonist, what else could be so new and controversial about Fallout? New character stats, of course! S.P.E.C.I.A.L. is back, but now it's completely different. Perks and stats are now displayed as one big canvas with several ''levels'' the player can gain in order to improve his shooting, talking, running or hiding. This makes it more simple and more complex at the same time. Just be ready to find the old S.P.E.C.I.A.L. gone, at least at first glance. There is still a sea of abundance when it comes to developing and personalizing your character, it's just not the same. Home, sweet home. My pet and my power armor are here for me

Finally, there's the elephant in the room. Fallout 4 is now a game with micro and macro management  more complex than ever before. Now you can modify everything, from weapons and armor to your own house. Yes, a house. You can now build yourself a shack in the Wasteland, install a power generator, a water pump, and even drapes on the windows that come in many versions. In this aspect, the game looks like a variation of The Sims set in a post-nuclear world. This may seem silly and unnecessary, but it's a staple of Bethesda games to create an environment simulating real life. Combined with a set of traditional activities one can engage in around the map, this mechanic adds a new layer to the role-play and the personal character of this game.

So, here we are. The new Fallout looks like the result of a decade of genre evolution. Being the massive hit that it is, this game can actually show us what to expect next. It seems that the RPGs of the nearest future will both enrich open-world environments by adding new things to do and trade blank customizable characters for personalities you can play with to define their actions and attitudes. Some will not like it - Fallout 4 is getting a lot of flack for the elements described above, because they seem too alien, too non-canon - but they surely feel fresh and new. That's why it's safe to say that, despite changing things, Bethesda once again gave us a game that millions can enjoy.