Everything that happened at this year's E3 Gaming event

In this article you can read about the highlights of this year's E3 event. 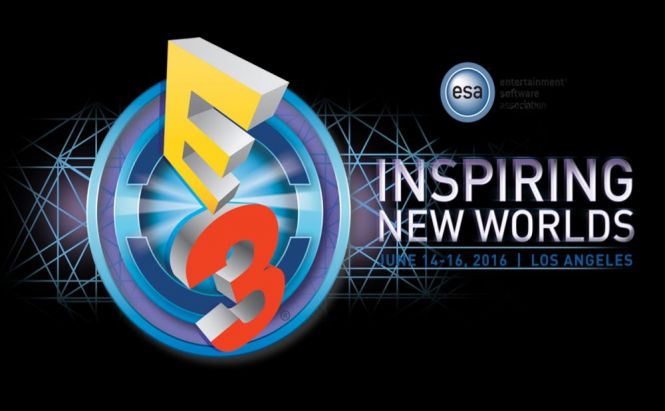 Everything that happened at this year's E3 Gaming event

Now that this year's E3 convention has ended, gamers from all over the world are excited about all the new announcements and are starting to prepare themselves for the upcoming releases from their favorite developers. And we're not just talking about long-anticipated video games with amazing graphics or compelling storylines, but also about new hardware and multiple improvements.

Getting in detail with all the cool stuff that each of the participants brought to the conference will take forever, so, if you have missed the event, here are some of the highlights that will definitely give you goosebumps.

At this year's conference, Sony came with a lot of announcements that were crammed together in their presentation. We were able to see new and exciting games, like the open-world survival game Days Gone,  we saw Kratos, "the Ghost of Sparta" and everyone's favorite god-killing machine taking its business up with Norse gods this time in the upcoming God of War video game, and trailers for Resident Evil 7, Horizon Zero Dawn, a great-looking game with robot dinosaurs (weird, right?) or Detroit:Become Human, a sci-fi game placed in Detroit, where androids lack any type of human rights. The developers also gave us October 25th as the release date of the anticipated The Last Guardian video game. Also, Sony announced their collaboration with the highly-acclaimed game developer, Hideo Kojima, the former vice-president of Konami Digital Entertainment, for Death Stranding, a promising video game that will star The Walking Dead's star, Norman Reedus, which you might be familiar with as Daryl Dixon, the crossbow-wielding, zombie killer.

Besides a large number of video games announcements and improvements to their older titles, Sony also revealed October 13th as the release date of the PlayStation VR and Batman: Arkham, Final Fantasy XV or a Star Wars mission and playable content. Can you just imagine how playing as Batman or flying an X-Wing in VR will be like?

Compared to Sony, EA was a bit more reserved about their announcements, but we could see some trailers and gameplay scenes for Battlefield 1, Titanfall 2, which will also include a single-player campaign, FIFA 17 and their continuing plans for the Star Wars franchise. Another announcement that made some of the fans forget all about the other presentations was about the development stage of Mass Effect: Andromeda. Even though there wasn't that much information, we know that there will be new planets, new alien species and an entire new galaxy to explore that got Mass Effect fans really excited. Sure, we'll miss Commander Shepard, but the new protagonist might be good as him, if not better. I guess we'll have to wait and see.

Other than that, EA presented two new initiatives. Play to Give is a donation program where players will be able to complete various in-game achievements for real money that will be donated to a variety of charities and EA Origins, a program that will help developers to publish high-quality indie games.

Even though Microsoft announced a series of new video games, like State of Decay 2 as a release within the Gears of Wars series, ReCore - a robotic monster-themed game, Sea of Thieves - a game with pirates (finally!) or a nice gameplay preview of Final Fantasy XV, the main focus of this panel were Project Scorpio and the new Xbox One Slim. Project Scorpio is the name of the new console that Microsoft is developing which features 8 cores, 320Gb memory bandwidth and six teraflops of performance, suitable for 4k gaming and it will be available sometime in 2017. Xbox One Slim was presented as a gaming console that is 40% smaller than Xbox One and it will be available in stores from this August, starting at 300$.

Also, we shouldn't forget about Microsoft's Play Anywhere initiative that is designed to break the barrier between Xbox One and PCs. Basically, you will be able to play the games you have bought on your Xbox One on your Windows 10 PC and vice-versa. Guess we'll have to see if this gamble will pay off or not.

During a somewhat weird and funny presentation, Ubisoft announced several video games releases that got fans quite excited, especially the new expansion for The Division, called Survival. Other games like Star Trek: Bridge Crew, a game that offers VR support, Grow Up - the sequel of Grow Home and their new winter-themed sports game, called Steep are soon to be released. You might also want to know that Trials of the Blood Dragon became available immediately after its presentation. Now, these three upcoming games might be the highlight of Ubisoft's presentation. Of course, we're talking about Watch Dogs 2, Ghost Recon: Wildlands and For Honor, a game where you take the role of a viking, a samurai or a knight and fight with other players for supremacy. I, for one, am really waiting for the release of the latter.

As many fans were expecting, Bethesda announced a remastered version of Skyrim that will also give console users the possibility to use MODs and DLCs as well as graphical improvements. It will also bring some new features for PC users, but the main focus were PS4 and Xbox One players. We could also see a footage of Dishonored 2, where we found out that we can play as both Corvo Attano, the steampunk assassin or as Emily the Empress of the Empire of the Isles, watch the trailers for the Quake and Prey games and find out about the release of a DLC for Fallout that will allow you to build your own vault. One news that got fans very excited was the announcement that Bethesda will be releasing a VR version of Fallout 4 for the HTC Vive. Just imagine how it will be like roaming around the post-nuclear wasteland from Fallout in virtual reality.

If you are an Elder Scrolls Online fan, then you might rejoice at the news that One Tamriel is finally going to be released. This will allow players to freely travel the entire world, as each zone will scale according to the player's level. Pretty neat.

So, as you can see, this year's edition of E3 brought us a lot of exciting news, trailers, hardware presentations and promises. As I've previously stated, these are just the highlights of the conference. There was a lot more to see and various publishers and developers to follow, but, in my opinion, these are the most important ones. I'm looking forward to these new games and technologies and, hopefully, I'll get the chance to test them out.

Previous story Setting up parental controls on Xbox One Next story All you need to know about liquid cooling systems: part II