Most Anticipated Game Releases of 2015

Here are the upcoming games that make us excited about 2015. 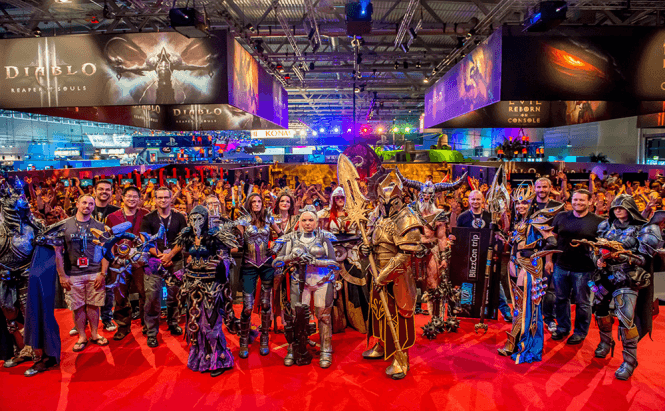 Most Anticipated Game Releases of 2015

Gaming is a passion that many of us share, and sometimes waiting for a really awesome game can be very similar to waiting for Christmas. No matter what platform or genre you prefer, there's surely a game that you just can't wait to be released. Here you will find some of the titles which are expected to make 2015 one of the best gaming years we've ever had.

Featuring one of the best female characters in the entire gaming universe, Tomb Raider is a popular franchise with a worldwide fan base. Lara Croft: Rise of the Tomb Rider is the follow-up of 2013 reboot and it is where we will find out exactly how Lara became the Tomb Raider we all know and love. This 3d person action game is set to be released sometime during the holiday season and will be available exclusively on Xbox One.

This 3rd person shooter will bring the players to an alternate history London and drag them into a breathtaking story full of monsters, heroes and steampunk weapons. What really captivated me about this game is the awesome gameplay experience that it offers.The amazing cinematic effects,  a well-written plot, and a huge arsenal of unconventional weapons - these are the reasons why I just can't wait for this game to be released. Plus, the game won over 25 awards at E3, so that's sounds really promising. The Order: 1886 will be launched on the 20th of February 2015, only for PS4.

The Legend of Zelda Wii U

The new tittle in Zelda series, The Legend of Zelda Wii U is an adventure game that takes place in the mystical land of Hyrule. So far I know very little about the gameplay and storyline, but what I can tell you is that this offspring of the Zelda franchise will feature a really vast, beautifully-designed gameworld for players to explore. The game will be unveiled sometime in 2015 and will be available for the Wii U Platform. In the video below Aiji Aonuma from Nintendo tells more about the upcoming game, so if you want to get the picture of it, jump to 1:20.

Oh yeah, Mortal Kombat is back again. Are you ready to bash some heads? Mortal Kombat X combines the classic gameplay of the series with even more awesome graphics and will allow players to interact with the environment. Although you won't be allowed, say, to plant some flowers in Scorpion's Lair, you will surely find a lot of objects to use for head-smashing purposes. Every fighter will get three different variations, each with a different fighting style. So the new MK will most likely turn out to be the best one of the series so far. The highly anticipated fighting game will be released in 2015 for PC, Xbox 360, Xbox one, PS3 and PS4.

Tom Clancy's The Division is one of the most awaited MMO third-person shooters on the market. This game features an epic storyline which takes place in an apocalyptic future where agents of the division fight disparately to prevent the fall of the society. The launch of The Division has been postponed and the game is set to be released in 2015. Playable on Xbox One, PC and PS4.

One of the coolest single player games and co-op first person shooters I've seen in a while. Evolve is a game I just can't wait to be released. Why? Because the graphics are excellent, the story is captivating, and the gameplay looks very appealing. Let's be honest, who doesn't like a good "humans-team-up-to- kill-alien-monsters" game? This shooter will be revealed on the 10th of February 2015 for PC, Xbox One and PS4.

The Witcher 3: Wild Hunt was critically acclaimed with the release of the first teaaser. I have to tell you, this combat based role-playing game looks absolutely amazing. Featuring an open world and over one hundred hours of hardcore battles, The Witcher 3 is one of the main challengers for the tittle of "the big cheese" on the RPG market. The said launch date is February 24, 2015 and the game will be available for PC, Xbox One and PS4.

The next game from the Halo saga, Halo 5: Guardians will become available for Xbox One sometime in 2015. Although there is not much info about the plot of this upcoming first person shooter, there is a juicy bit of gossip which makes me believe that this will turn out to be truly great. It seems that Steven Spielberg is working on a live action TV show based on Halo which will be launched at the same time as the game.

The newest game in the Uncharted series looks like the one that you wouldn't like to miss. The sad part is that, if we stop to judging the game by its covers, we are led to believe that Nathan Drake (one of our favorite adventurers), will finally meet his end. The action-adventure game Uncharted 4: A Thief's End will be unveiled in 2015 and will be playable on PS4.

Maybe you should go ahead and turn on the light before reading any forward or watching the trailer. The same guys that made the Dead Island series are now back with another captivating and scary zombie adventure. Take a good look out of your window before starting to play this game as it will probably take long before you manage to go back to the real world. Astounding graphics, an open word, tons of side quests, hordes of zombies and other monsters will keep you in your in front of the screen for quite a while. Launching in February 2015, Dying Light will be available for PC, Xbox One, Xbox 360, PS3 and PS4.

As far as I know Blizzard didn't make any announcements about a new Warcraft release.