Elemoon – a Minimalistic Wearable to Match Your Style 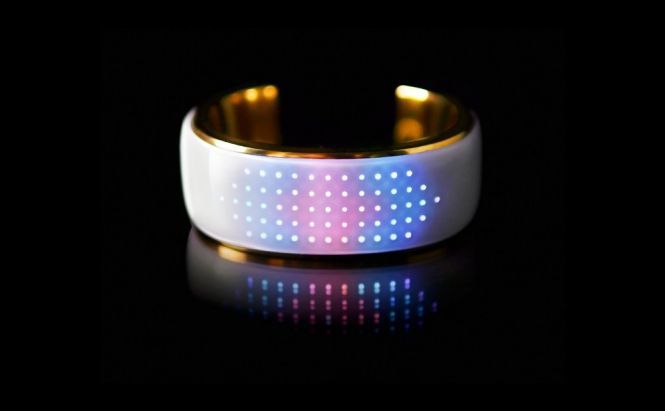 Elemoon – a Minimalistic Wearable to Match Your Style

A group of designers and hardware developers from New York teamed up to create a fashionable minimalistic alternative to smartwatch. The device is simple as a chunk of wood, though an elegant chunk of wood.

Actually, Elemoon looks more like an accessory than a gadget: it has a customizable pattern of LEDs just where a smartwatch would have a screen and is synchronized with your phone via Bluetooth. The device has two most basic functions: to notify you whenever you have an incoming (or missed) call or a text message and to help you find your phone by rubbing the bracelet. Elemoon is also going to have a companion app that will allow you to convert any image on your phone into a LED pattern or create your own layout for the bracelet.

The project’s goal on Kickstarter is $100,000 and at the moment the team managed to pledge more than half the sum. The bracelet will set you back $199, which is actually quite expensive, but as the folks from Engadget said: “nobody ever said being fashionable was cheap.”