Let's take a trip to the olden days, when games were small, disk space was even smaller, but the joy of playing was a lot greater than today. 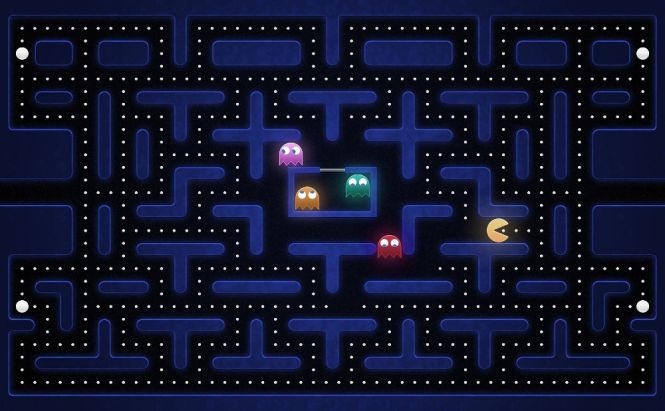 With the new trends taking over the industry, and episodic gaming becoming the new normal, it's always nice to remember the games of old, those special treasures we all found on those big old CDs and DVDs. Some of them are almost universally forgotten, while others remain cult hits. But all of them can still be enjoyed. The visuals were pretty cool for 2006

Ah, the mid-2000's, when ambition of the golden age of gaming ruled over common sense. Emergence was a product of that time, developed by Ritual Entertainment as the sequel to the classic shooter SiN beloved by many old-school fans.

It was supposed to be the first big blockbuster game developed episodically and distributed via Steam with no intervention from classic publishing bodies, providing an amazing degree of freedom.

Unfortunately, as many innovators, Ritual failed. The game itself was great, but it never sold that well. Too short, too rushed, too unusual to buy. If only it came out a couple of years later... Emergence never became the first of nine planned episodes and remains one big cliffhanger for the story of John Blade.

If you want a bit of nostalgia, I can't recommend this game loud and proud enough. It's a textbook example of what a great linear first-person shooter should be, with the story of a B-movie, tons of fanservice and old-school adrenaline-fueled explosive action. Think Half Life 2 for Schwarzenegger fans.They simply don't make 'em like that anymore. This used to be actually scary.

Now, here's a blast from the past: a game from as far back as 1999. Developed by the same people who later gave us the cult hit BloodRayne, this game combined elements of Lovecraftian horror, film noir and action. It told a story of a government agent fighting eldritch abominations during the Prohibition era. Despite pre-rendered backgrounds, the game had cutting-edge graphics for its time, even if it sounds silly in 2016 after looking at the screenshots. There was some nice public domain music, classic fixed camera and Alone in the Dark / Resident Evil controls and not much else in terms of gameplay. What sold the game was the story and setting, reminiscent of classic literature, old cinema and the original Alone in The Dark, only scarier.

The game was clearly set up for a sequel, but it never saw light. We'll never know why, but it's safe to assume that legal rights and publisher's pushing for a more profitable franchise came into play, which resulted in BloodRayne.

Nocturne remains one of the few horror games that can still be played and enjoyed by gamers old and new. You just have to remember that it was made in the last century.

We all know about the monstrous cult following of Vampire: The Masquerade – Bloodlines, the game that most people associate with the World of Darkness adaptations. I'm the last person you will see trying to disrespect the greatest RPG of all time (and I'll fight whoever tries to argue with that title), but let's give credit where credit is due: the first game to make us fall in live with WoD vampires was Redemption. These romantic leads only look wooden.

In the year 2000, the story of a Medieval crusader Cristoph Romuald who fell in love, but was cursed with the existence of an undead monster felt like something out of this world. It was well-written, well-acted and had the feel of a good Hollywood movie. Story-driven games were a rarity back then, and Redemption changed it for many of us. Great character, amazingly rich and deep lore of the tabletop source material, twists and turns of the story, multiple endings depending on the player's choices – everything was as good as it could be. The only thing spoiling the fun was the gameplay. A clone of Diablo with combat that felt a bit lazy was not the worst option, but it left a lot to be desired when it came down to the skill and talent system that turned out to be too rich for the experience offered. Vampiric disciplines were plenty, character development options were abundant, but the two parts of the gameplay felt very ill-suited for each other.

Still, even almost two decades, even after Bloodlines, Redemption remains a great game. It was even optimized for running on modern PCs and displays, which is a tell. If you want a great Gothic tale of love and horror, I can't recommend it enough.

This last one is a real treat: a movie-licensed game set in the world of one of the greatest Sci-Fi classics that is both good and respectful to the source material. Blade Runner was as legendary to games as the original film is to cinema. It's the Blade Runner Blues...

The game follows a rookie Blade Runner, a cop who kills androids in the fictional 2019 Los Angeles. It's a classic voxel-based 3D quest focused on searching for items and advancing the plot via dialogues. It was one of the first truly good point-and-click games utilizing 3D in the late 90's and had the story conveyed through cinematics and fully-voiced dialogues. The story was great, the intrigue remained to the last minute, and, shock of all shocks, it was non-linear. Events changed, characters' fates depended on occasion or player choice, the manner in which you investigate the case of runaway replicants decided on where and how you end up when the climax comes. The music, one of the strongest points of the original, was present here in full force, as well as the cyberpunk atmosphere that defined all later works of the genre.

I can't honestly say that Blade Runner is forgotten. It's held up as the golden standard of quests even now, and none ever managed to achieve its greatness in both the story and the style. The only reason the game never had a sequel was that it would have been too expensive for a game back then. A shame, really. But it doesn't mean that we cannot enjoy this classic, with a little help from the people who patched it to be playable on modern computers. The most romantic scene of my action-filled childhood.

With the tremendous success of Hitman games, the latest of which is coming out today, it would be good to remember the one that started it all. This ambitious 2000 stealth action was something to be amazed with back in the day. Not only did it present the world with one of the most recognized gaming anti-heroes, but it created an experience no one thought about before. You took control of the titular assassin and conducted your dirty business with finesse and style. You got rid of the bodies, you infiltrated parties and hid in plain sight, you utilized cunning rather than brute force. All of that was set in places that felt straight from a bond movie and accompanied by some of the most atmospheric musical compositions ever.

The secret to Hitman's initial success lay in the fact that the character was both unique to the world and easily discarded as the vessel for you, the player. You were the one who lived through stylish and gritty adventures, but you could always see that Mr. 47 is with you every step of the way. And you wanted his company, because surviving in the world of assassination alone is impossible, unless you are the best.

Of course, the experimental gameplay felt clunky at times, the young developer team made some design mistakes, and the difficulty seemed almost impossible. Codename 47 kickstarted the franchise that became one of the staples of the genre and won a loyal fan base.

They say that the grass is always greener on the other side of the fence. Maybe so, but it's rather obvious that older games seem a lot more creative when you look back. It's not that modern games are bad, far from it. But it's just not the same now. Luckily, gaming is the one world where you can actually go back to the past and enjoy whatever game you please. So, let's enjoy these five and many, many more you can remember.