Let us take a short look at some of the best examples of episodic games and try to find out why this new release strategy seems to finally work so well. 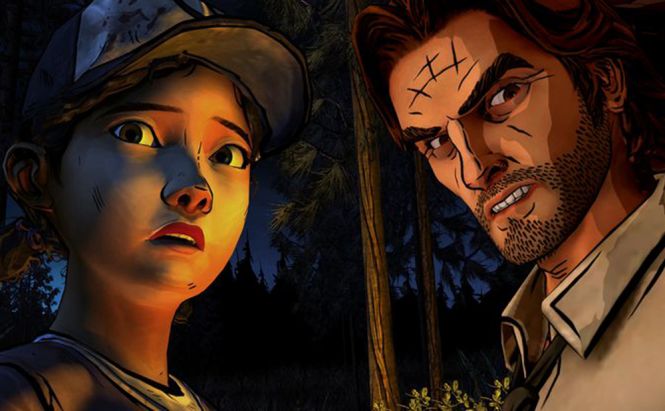 Long ago, I wrote an article about the trends in the gaming industry. There, I pointed out the changes that await game development and the new ways to enjoy games. Unfortunately, I forgot to mention one crucial element of the future: the rise and dominance of episodic games. It's a trend that is not, by any definition, new, but the one that seems to finally be taking hold of the game industry.

What is an episodic game? Well, it's a game that gets its initial release with only part of the content it will ultimately provide to the player. It costs significantly less, but you have to buy the new «episodes» separately and integrate them into the already-present game. Sounds awfully similar to DLC, don't you think? Well, in some respects, an episodic release is the ultimate DLC package: you actually buy pieces of the main game. The only difference is that episodic releases cost more while not requiring you to pay it all at once, which makes them a bit more accessible and convenient. You can buy the first episode for about $15, see if you like it and then buy the next one or forget about the game. This saves you money and encourages the developers to showcase the best they can offer right away.

The trend of making episodic games took a decade to start working properly, but now more and more franchises adopt it, from The Longest Journey to Hitman. But let's take a look at the best episodic games so far to see why and how they work.

This third-person adventure game was a surprisingly interesting mid-summer release of 2015. It's a heavily stylized action/quest mixture, combining alternative history with film noir visuals and gory horror-like murders with hard-boiled fistfights and shootouts. It's a cold day in Santa Esperanza

The game tells the story of Elliot Ness, the real-life FBI agent who founded and led the Untouchables, the group of lawmen who put Al Capone behind bars during Probation. In this alternative reality, Capone gets arrested too, but many years later asks Ness, who is retired by then, to find his missing granddaughter abducted by a serial killer. All this is going on in the 1940's with blimp hotels and submarine spy transports. Black & white filter gives the story a cinematic feel, with splashes of red being a great stylistic device reminiscent of Robert Rodriguez's Sin City. The world is oozing style over substance, and I like that. It's very noir, but it's comic book noir. Blues and Bullets is a pulpy adventure, full of violence and mystery.

While I can sing praises to the game's style all day, the gameplay is somewhat lacking. Animations are jerky and poor, voice work varies from good to average, there are only a couple of puzzles in the first episode. But most jarring of all, the developers don't seem to know what kind of game they wanted to make: an interactive movie, an old-fashioned quest or a dime store railway shooter. It can clearly be seen that ambition outweighs skill here. Still, the ambition is not unfounded.

Unfortunately, it's been almost a year after the release of the first episode, and there's no news about the continuation of the story. This makes me a very sad noir fan. That's why I urge anyone with good taste to buy Episode One and let the developers know we want more.

Mentioning telltale Games when speaking of episodic games is inevitable. This company basically created modern episodic sales with their Sam & Max series, then stumbled with Jurassic park and then became the company to go to when you need a hit game based on a well-known license. This is not going to end well...

The Walking Dead, based on the cult comic series and TV show, was gritty, adult and engaging, focusing not on solving puzzles, but on the story, the drama and the character interaction. It allowed some variation in your words and actions that shaped the story you were experiencing over five episodes, and that was unique at the time. While being linear in the long run, the game showed how much more personal your playthrough can be.

Probably the main selling point of the game was its story, where you controlled a man named Lee who tried to keep a little girl safe. This was unexpectedly mature of a video game, and the episodic nature of the story made you worry and await for the next thing that will endanger them both, seeing as how they tried to survive a zombie apocalypse. This meant solving puzzles like “how to saw your infected arm off” and “what to eat today”. The gameplay was that of a rudimentary third-person quest, but few people complained: it wasn't about the process, it was about the emotional experience.

3. The Wolf Among Us

After the success of The Walking Dead came Teltalle's second big hit: The Wolf Among Us. Based on another comic book series, the game was and still is one of the best urban fantasy adventures. Here, you controlled Bigby Wolf, the same wolf who ate the Little Red Riding Hood. In modern new York, this fearsome individual in human form protects the small community of fairy tail characters against the dangers of life in a big city among muggles. When a vicious serial killer strikes, Bigby is tasked with finding him and has to go down to the criminal underbelly of the magical world. If Blues and Bullets is classic noir, then The Wolf Among Us is neo-noir at its best. Criminals, death and sexual themes made TWAU even more of the gritty, dramatic story people wanted to see in a game for a long time. The graphics received a small update, and visuals became so stylish no one even noticed the game engine and animations were obsolete by then. The world of the game was beautiful, the story intriguing and the characters made you care about them. The gameplay remained the same combination of basic third-person world exploration and lengthy dialogues. Linearity of the unfolding story was even more evident, but still, most of us were content.

With The Wolf Among Us Telltale cemented their reputation, and now their episodic games dominate the market.

Stylish episodic games are nothing new by now, but what about a more restrained, unusual experience than a pulpy adventure or heavy drama? Hipster teenage angst, of course! Life is Strange is a game by French studio Dontoid about time travel and, basically, Twin Peaks for millennials. The plot focuses on Max, a young girl studying photography in an arts school in the fictional town of Arcadia Bay. One day Max discovers that she can travel through time and alter the events of the past, present and future. This, coupled with the sudden arrival of her childhood Friend Chloe, starts Max on a path to discover the darkest secrets of Arcadia Bay.

The game uses the proven formula of a third-person exploration quest with a couple of puzzles, lots of dialogues and even more incentive to explore every room you encounter to use a very interesting time rewind mechanic. This gives the players an interesting spin on the episodic bread and butter – the tailoring of consequences. The story has minor changes in subsequent episodes depending on how you play, but this time, you can actually explore all the options and go back in time to change some of them. This is nothing groundbreaking, but adds a bit of flavor to the genre.

What sells Life is Strange is the pastel visuals, the rarely-seen style and genuinely interesting storyline relying more on intrigue than style and overt drama. It's a breath of fresh air compared to telltale's formula. No, this isn't Deus Ex

I already covered this Kickstarter hit in my article about the best nostalgic games. This game combines all the best features of both previous installments of the franchise, adding the modern take on storytelling and world exploration. What should be mentioned is that the game is significantly more of a quest than any of the previous mentions on this list. It's very reminiscent of classics, which wins many players over.

The story continues the saga of Stark and Arcadia, with various known and new characters uncovering an inter-world conspiracy. This means point-and-click exploration, puzzle-solving and long, tasty dialogues. It's a fan's dream come true, and the episodic release schedule makes it even more satisfactory due to the goodness that keeps coming.

Currently, episodic games are on the rise. The industry is in a desperate search of change, and this may well be the next 3D. Telltale is on the roll with new series like Tales from the Borderlands and Game of Thrones, IO Interactive made the next Hitman episodic, and many more will probably follow. We'll just have to wait and see if more and more games become episodic.