What if your sweet TV show got adapted into a video game? Would it be so obsessing in playable pixelated form? Figure it out with the top 5 games based on TV shows. 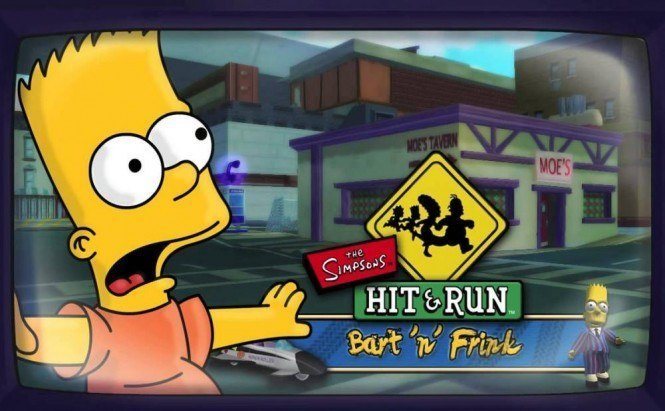 When it comes to TV series, it's more than just an innocent pastime. We devote our after-work evenings to Game of Thrones or Dexter eagerly awaiting a new episode and inwardly hoping they would never end. But what if your sweet TV show got adapted into a video game? Would it be so obsessing in playable pixelated form? Figure it out with the top 5 video games based on popular TV shows. Here it goes.

The Walking Dead: The Game

Initially based on the same-name comic book series by Robert Kirkman, both the television series and the game take place in the fictional world overwhelmed by a zombie apocalypses. The Walking Dead: The Gamerepresents an episodic adventure game, where the protagonist Lee Everett helps to rescue a young girl named Clementine and tries to stay alive himself in the midst of the zombie onslaught. The Walking Dead: The Game

Mainly focused on the story and character development, the game allows players to influence the plot by the dialogue choices and actions undertaken in certain events, that can actually lead to different circumstances vary from episode to episode. Despite of being completely new to the adventure genre, this almost real-time story development approach turned to be the craze brought such enduring fame to this thrilling video game.

Inspired by the first of the a Song of Ice and Fire novels by George R. R. Martin, this television franchise caused a stunning viewers reaction and later pursued fame in a video game form developed by Cyanide. Game of Thronesis an action role-playing game that will move you to the most fascinating universe of the medieval-fantasy literature and put at the core of the involving plot unfolding in chapters. Some of the characters bear a similarity to the actors you met in the novel's TV adaptation by HBO, e.g. James Cosmo and Conleth Hill as Lord Commander Jeor Mormont and Lord Varys, which makes the whole experience more realistic.

Since the weekly television debut of the animated sitcom the Simpsons, dozens video games have tried to capture the sharp humor and unique atmosphere of Springfield. Still, none of them managed to properly bring the world of the Simpsons into life. The latest action-adventure video game applied this TV show's name, The Simpsons: Hit & Run, borrowing the style and design of the Grand Theft Auto series, seemed to cope with this, one would think, impossible task. In the game, you will control the four Simpsons family members, who witness various strange incidents that occur in Springfield and want to investigate the origins of these happenings. Hit & Run involves seven levels where you're to fulfill certain missions controlling one specific character supplied by the actual cast's voices.

South Park: The Stick of Truth

This acclaimed role-playing video game was developed by Obsidian Entertainment in collaboration with South Park Digital Studios and accordingly based on the popular American adult animated sitcom that follows the exploits of four boys. In South Park: The Stick of Truth, you play as the New Kid accompanied with the notable characters from the show on his quests. South Park: The Stick of Truth

The plot of the game implies a so-called war fueled by the imaginations of kids that have watched too much Game of Thrones and the Lord of the Rings and now fight for the Stick of Truth to control space and time. So, as you can see, the game is really awesome with the inimitable scathing sarcasm found only in the South Park TV series.

Remember that smashing hit Lost? As a reminder, this is an American television series that contains the elements of science fiction and the supernatural pursuing the survivors of the jet crash. As you know, the show had giddy success, so after the third season release, Ubisoft Montreal developed a video game based on the series called Lost: Via Domus. In this episodic game, you follow a character, Elliott Maslow, not featured in the TV series. He is a crash survived photojournalist with amnesia, who interacts with the other characters and whose background is revealed through the key events of the plot. It's hard to say the game caused the same furor as the show did, but if you belong to the most diehard Lost fans, the game could also impress you.

Referenced Windows applications
What is your favorite TV show?

Do you use Maya Software?

It's 'Game of Thrones'. I was surprised to find out that a game based on this story already exists.

For now, it's Breaking Bad. Would really love to see a video game based on the story.

Not choosing A, I choose B. Simpsons