Let's take a look at last years' nostalgic games to see the past within the past. 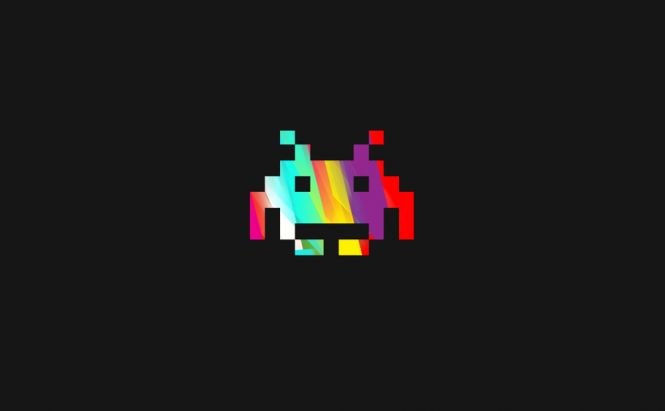 Well, we're pretty much done with 2015, and it's time to look back and see what the year brought us when it comes to the new Holy Grail of hardcore old-school gamers: Kikcstarter. Seriously, most of the games funded and subsequently released with the help of Kickstarter are deliberately old-school. Isometric RPGs, revivals of old franchises and heavily-stylized projects dominate Kickstarter. Not surprising, really. Nostalgia rules the minds. Let's see some of the best nostalgic Kickstarter games some of us might have missed since, you know, lack of a big budget marketing machine.

DEX is a very unusual game. It's an action RPG with the gameplay of a side-scroll platformer and the story of a quest. Wild mix, isn't it? It sure is.

The game tells us a story of Dex, a young girl living in a dystopian cyberpunk future stylistically reminiscent of Ghost in the Shell or Blade Runner with a bit of old-school anime thrown in for flavor. I'm a sucker for this kind of aesthetics, so I actually followed the project and played it on initial release. It turned out to be a pretty competent game with a very old-school feel and sense of drama. Dex is a character that's both enigmatic and simple, and the world around her is just dark enough to create atmosphere and attract you to itself. Utilizing side-scroll movement, classical dialogue trees and basic controls, you go on an adventure to save your life and uncover a conspiracy involving cyberspace, killings, you being the chosen one and a lot of hacking.

Dex is cute, but a tough broad nonetheless

The game feels very professional in length and the level of detail. Of course, it's a small project, so the budget shows. Voice acting could be better, art design is great, but intentionally pixelated to avoid looking poor. But the core gameplay is good enough, both in running-jumping-punching shooting parts and the cyberspace surfing, which, by the way, is more like Space Invaders or acid-enhanced pinball. The roleplaying part, namely, the dialogues and the system of character skills you can upgrade and increase, is not very extensive, but fairly interesting, allowing you to make a badass trenchcoat-wearing cyborg girl that talks big and walks tall. If only she wasn't so cute...

DEX received several awards, including “Best Indie Game of 2015” and received the Enhanced Edition with revamped and more convenient cyberspace, extra features and DLC. I recommend this little gem to anyone in love with cyberpunk, pixel art and side-scrolling action.

Now here's a game of a rare genre – a Lovecraftian Western. Basically, it's a classical Western with monsters, ghosts and other supernatural stuff. As if the Wild West wasn't scary enough...

The game is a tactical turn-based squad RPG made in the style of X-Com games (namely, the 2013 reboot of the classic franchise) with a “Weird West” flavor for originality. It was successfully backed on Kickstarted and released in November. Reception was mixed to positive, with emphasis on positive. It's a niche game for today's market, but in its niche it's near perfect. Hard West is a thrilling, competent and engaging turn-based adventure with a good story, good visuals and no indication that it's not a “regular” commercial products. This is a game from a parallel universe where turn-based strategies and RPGs never went out of fashion, with decent balance and several inconsistencies that give the world and the gameplay a unique personality. The story campaign is divided into 8 increasingly challenging missions fleshing out the world of post-Civil War America with a nice addition of demons, cannibals and satanists. The combination of Western and Mystery works surprisingly well, and I would rather slap myself than spoil the story. The gameplay is a lot more conventional: turn-based combat with emphasis on tactics and clever thinking, action points, partially interactive environment, etc. It's basically X-Com with cowboys, and it's awesome. There's also the strategic mode letting you operate on a greater scale than a regular battlefield. You manage resources like gold, medicine and weapons, select story missions and side quests, managing your own gang of outlaws visiting saloons and buying goods from shady dealers. All of this adds to the genuine feel of the game's world. Both management and combat are very non-linear, with your choices drastically changing some of the outcomes.

Hard West is an old-school dream: hardcore, yet polished, especially for a Kickstarter game. It has its flaws, but still manages to win a lot of hearts, which is the mark of a true cult work of art. Let's see if it holds up in the future.

I know that, technically, Dreamfall Chapters is a 2014 game, but seriously, the first episode released back then was just a taste of things to come, and the subsequent 2015 episodes gave us the real experience. As a genuine “The Longest Journey” geek, I was cautious of this Kickstarter-backed sequel I had been dreaming about for almost a decade. Yet Ragnar Tornquist didn't fail us fans.

The premise is this: two worlds, fantasy-styled Arcadia and cyberpunk-like Stark, are under threat by a mysterious conspiracy aimed at enslaving both worlds. Protagonists of the previous games in the series, “The Longest Journey” and “Dreamfall”, are trying to survive and find out what is going on. It's a direct continuation of the story of 2006's “Dreamfall” with 3D graphics and similar feel to the gameplay, with WASD controls and over-the-shoulder view. It's basically an interactive episodic quest with rich dialogues and story, competent mechanics and puzzles. The plot is linear, but players can make secondary choices that will affect how they will reach the conclusion. The Undreaming has returned

Dreamfall Chapters is epic despite being a low-budget Kickstarter project. Even the shortcomings of the game engine fail to undermine the wonderful design, beautiful environments, rich story and likable characters the game focuses on. The episodes are still coming out, and it only gets better and better, forging an epic conclusion to the story arc left hanging in 2006. If you're a fan or simply want something beautiful and classic, this Kickstarter gem is for you.

Since I've already covered the other Kickstarter hits, I'll just mention them here:

Pillars of Eternity turned out to be a superb RPG from the masters of the genre, providing a rich and interesting experience akin to that of Baldur's Gate and Arcanum. It's an old-school (duh) roleplaying game with isometric camera view and brilliant writing. As expected of Obsidian.

Shadowrun: Hong Kong is the pinnacle of the Kickstarter-era Shadowrun games, borrowing the best elements of its predecessors Shadowrun Returns and Dragonfall. Great story, great characters, good pace, balanced gameplay and tons of variations in how, when and why you do what you do in this fantasy-cyberpunk setting. If Pillars of Eternity is too grand, and DEX is too action-y, this short, cool and stylish game is the one you need.

It turns out that 2015 has been great for three types of people: older gamers, hardcore gamers and people who appreciate great style not devoid of substance. Since I'm all three, I can safely say that Kickstarter is finally becoming the source of salvation I hoped it would be: a way for developers to make something original, something interesting and something we've been wishing for. 2016 is shaping up to be even more of that, so let's hope it delivers.