China and the software industry of the future

A look at what the future holds for the Chinese market. 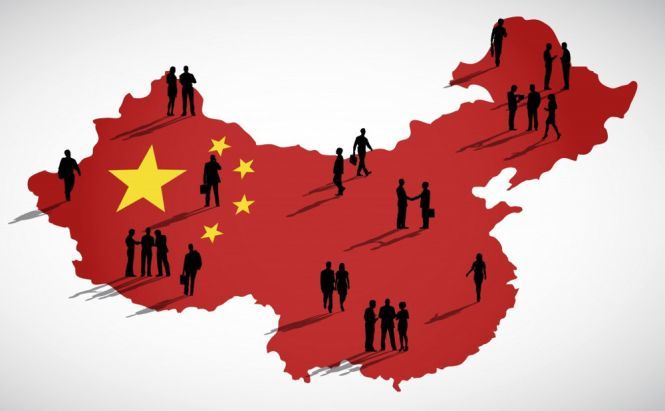 China and the software industry of the future

With current levels of globalization it's no wonder that we hear more and more talks about how the media market is changing to reflect the new demands and new formats. However, a market is what the consumer base makes it. Previously, the United States was the largest market for media such as music, films and video games, but today the balance is shifting. As in almost every other aspect, geographical factor plays a significant part. To be more precise, China, the world's leading economy, is becoming the consumer that defines the product. Let's try and see what it means in a sense that concerns software and media.

First of all, it should be noted that the state of language and regional support for Chinese audiences in modern online services, on major sites and in popular applications leaves a lot to be desired, and that's putting it mildly. Almost every application or service not developed by outsource Chinese companies is horrendously bad when it comes to Chinese localization or support for Chinese hardware and networks. Believe me, I have worked with those. Unfortunately, while being the world's top manufacturer and producer, China has not been the most attractive buyer of the same things it makes and sells. This is largely due to the difficulty of translating the texts and language elements from European languages into Chinese, with them being completely, systematically different. It's no secret that even Chinese programmers tend to write programs in English, the only exception being the software for internal use. This is especially crippling to the support of online applications, as only now is China opening up to the larger Web.

This means that the increasing levels of inclusion of China into the market will most likely cause a change in localization policies, with more and more support given to Chinese, and that, in turn, will increase the demand for Chinese speaking developers, management executives, etc. Basically, the job market will change only because lackluster regional support will mean losing money.

China is a relatively new market, and new markets tend to re-shape industries. The effect of Chinese audiences has already been felt in the movie industry, with films like Terminator: Genisys and Transformers: Age of Extinction receiving major boost in box office after opening in China. Those are not low-budget indie movies we're talking about, those are full-on blockbusters, and they practically owed their success to the Chinese segment of the market. It has been noted that the content of games, films and other kinds of media is being altered to appeal more to the second largest audience in the world. We can only assume that this trend will continue, and both hardware and software will change reflecting specific quirks and novelties the Chinese might offer or like, such as new creative uses of AssistiveTouch on iPhone. But that's not all. Imagine if a developer wants to go around the tedious task of adapting the interface for the Chinese language. How would this be done? By simplifying the interface elements, of course, making a user rely on more basic, self-explanatory elements like universally recognized symbols and codes. This can be aided strongly by relying on online component that will let users from different regions summon their respective parts of the interface and functionality without excluding the others. This can, potentially, lead to a completely new way of localization, a bit more complex but ultimately, a lot more gratifying. It would be completely inclusive, stable and comfortable to use than current region-specific settings, special models of iPhones and other such inconveniences. Shades of this can already be seen in modern cloud-based applications, but the introduction of the Chinese market might boost the speed of progress significantly.

Lately, there have beennews, scandals and hopes regarding China's participation in software trade and development. Cases like the Hong Kong copyright law issue or the attempts to deal with hardware counterfeiting by Chinese authorities seem to indicate that both sides, East and West, are trying to find common ground in developing the market and gaining profits legally. Yet at the same time both sides try to stand by their own interests. This opens numerous possibilities for corporate games and economic compromises, with copyright laws being re-adjusted to better fit the booming Chinese market and let the Western companies sell and distribute their products without fear of piracy of authorities seizing all the earnings. It's a boring and tedious process of inclusion, but everyone will profit if China becomes a full-fledged member of world trade rather than being an isolated giant wasting so much potential.

Not only that, but, taking into account the changes mentioned in the previous section, both Chinese and Western companies will now have to plan their strategies for sales and marketing differently to reflect the new supply and demand priorities for China. This will undoubtedly affect both content and promotion. In the end, it's not the country itself that defines change in the software industry. It's the people and the economy. The Chinese have been growing stronger and more important to the world. It's only natural that we all should start taking them into account, even if it's just software development.

But what truly amazes me is the scale on which China can affect global markets. It truly is the last undiscovered country of our time, even if discovery only means economic globalization. Perhaps the futurists were right when they claimed that China will be the next Pax Romana. It won't even need to conquer.