The Best Kickstart Projects That Will Blow Your Mind

A personal smartphone robot, new superhero Spatula, Kevlar socks and crowdsourcing make even the craziest ideas come true. In our little overview, we... 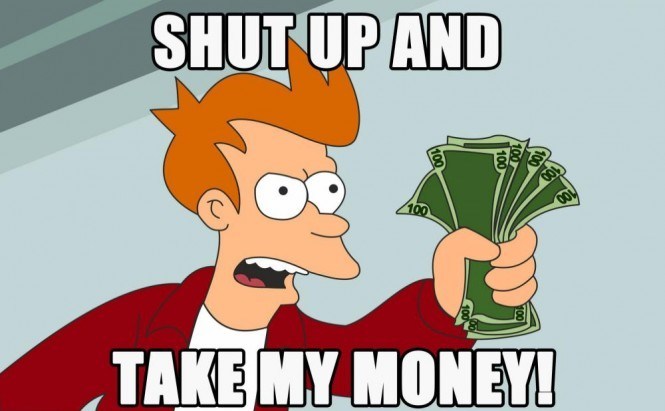 The Best Kickstart Projects That Will Blow Your Mind

A personal smartphone robot, new superhero Spatula, Kevlar socks and crowdsourcing make even the craziest ideas come true. In our little overview, we have picked up five Kickstarter projects we think are the coolest.

Pets are cute, no doubt. Yet, they cause so many frustrating problems. For example, every cat owner knows what it feels like when your Whiskers has covered the brand-new pullover you bought for seventy bucks at American Apparel with thick layers of his hair. The day is saved by the hi-tech, as usual. Personal robots can be as empathy-evoking* as the old-fashioned flesh-and-blood pets.

Romotive comes up with Romo, the most awesome robotic pet (let's call it, say, 'ropet') I've ever seen in my life. Well, maybe he's* not the most technologically advanced ropet around but it certainly will kick the butt of any soulless Japanese automation in the cuteness competition. Even my girlfriend, who is usually not that enthusiastic about techy things, could not but cheep with delight, 'It's such a cutie!'

The snag is you need an iPhone to buy a Rovo. And even worse, you need an older iPhone, since the robotic base for the ropet doesn't use the new Lightning connector yet, may damnation take it. As far as I know, Romotive isn't planning to come on Android or Windows.

*you've read it right: Romo is supposed to be male

If everything the manufacturer of this kitchen utensil says is to be believed, everybody with that spatula can single-handedly save the world from a killer asteroid, alien invasion, or any other natural or unnatural disaster. GIR (that's how the company's called) presents us a silicone spatula resistant to the temperatures of over 210°C (430°F) and being as hard to destruct as John McClane. For a person like me, who keeps wreaking death and destruction in their kitchen, this spatula comes as a rescue.

By the way, the ultimate spatula could be a highlight of a great indie game. Just think about it: a super-hero team of the Invincible Spatula, Amazing Aglet, and Iron Socks...

Speaking of Iron Socks. The modern humanity is facing three global problems: nuclear disarmament, food shortages, and holey socks. The latter may now become a thing of the past as Socrates, a small LA-based enterprise, has launched a Kickstarter campaign for Kevlar-fiber socks.

If you don't know what it could mean, just watch the old S.W.A.T. series with Steve Forrest. See these ballistic vests they wear? They're made of kevlar. In other words, you may be sure that the Socrates socks will never ever get a hole.

Cam Carter, the founder of Socrates, promises we won't notice any difference with the traditional socks. The new socks will 'feel light, soft and unusually comfortable.' Anyway, if I can do with three pairs of socks and not care about buying up socks on an industrial scale as many men I know do, then the Iron Socks even beat the Invincible Spatula in my eyes.

This iOS-controlled multi-color bulb by Phil Bosua is a huge hit on Kickstarter. Instead of the intended $100,000 this new thingie has pledged a whopping $1.3 million, and this figure is apparently far from being final. It secret of success is easy: take an iPhone, the Internet, and cool-looking colors. Mix and stir.

At the output, you should get LIFX, the first and only bulb that can give your room a flair of pop-art. At the first sight it looks pretty cool. It still looks cool at the second, third, and umpteenth sight, because it's just cool-looking. At least not less great is that you can control the bulb right from your iPhone. There's an app for that. The said app will come with the bulb in case you back the project. However, the big question arises whether you really need a cool-looking Andy Warhol bulb and a totally hip app for sixty-nine bucks, which is approximately thirty-five times more expensive than your conventional bulb. It's up to you to decide.

If you were to launch a Kickstart project, what would it be like?

Oh it'd depend on the daytime. In the morning it'd be full of warm colors to make me awake and get ready for a nice day and in the evening it'll be somewhat of a moon light or disco illumination. In other words, it'd be up to my mood at the moment)