Since the end of the last century, all parts of our life are being taken under control by worldwide high-tech giants. Microsoft, Apple, Google - all... 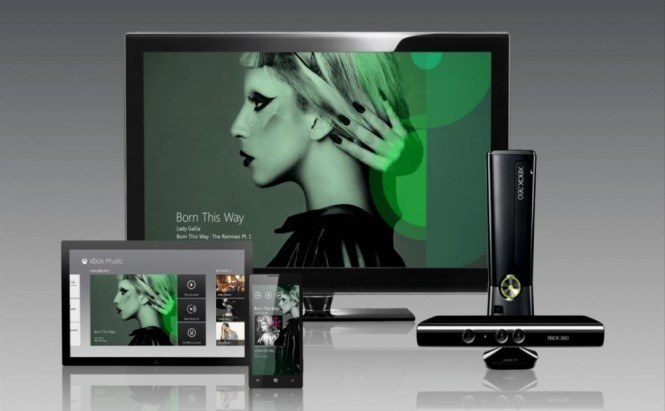 Since the end of the last century, all parts of our life are being taken under control by worldwide high-tech giants. Microsoft, Apple, Google - all of them, competing against each other, crave for our demand and seek innovation, which involves transformation of ideas into something useful for people. That's exactly why we witness launches of numerous gadgets and applications that are claimed to change our daily routine, even for the better.

Today, the world's largest software maker, Microsoft, has launched a new all-in-one music service – Xbox Music, which is to take on Apple's iTunes store and Spotify. The concept of this digital music service is quite simple: for a $9.99-per-month subscription fee the users will have unlimited access to streaming music Windows 8 PCs and tablets, as well as Xbox and Windows Phone devices. Besides the access to a streaming library of over 30 million tracks (by comparison, iTunes boasts about 28 million songs) Xbox Music has a Pandora-like radio feature, which will “recommend” the users personalized playlists, based on the similar artists and music styles they prefer. Moreover, with this music service the users will have a chance to keep all the previously purchased tracks and albums even after unsubscribing from the service. The pointed prices are quite standard: 99 cents to $1.29 per song. All in all, it's quite a competitive product, which can give Apple's iTunes or Amazon's Cloud Player a good run for their money. It's definitely a complete package, with its free streaming Internet radio, music streaming service (both free and paid), and a fully fledged music store. So, if it aroused your curiosity, try it today on your Xbox 360. Later on, on October 26, it will be rolled out with Windows 8.

Referenced applications
What do you like in this new Microsoft's product?

Previous story How to: Make a Privacy Monitor from an Old LCD Next story The Best Kickstart Projects That Will Blow Your Mind

That's a nice legal storage of music. I like that the interface is enough stylish to attract my opinion and that there're tips relevant to my particular music taste. Of course, you can easily download a song from almost any social network for free nowadays but this new Microsoft's product is for people preferring to live according to the law.