There are many factors at play, but the future is up to us. 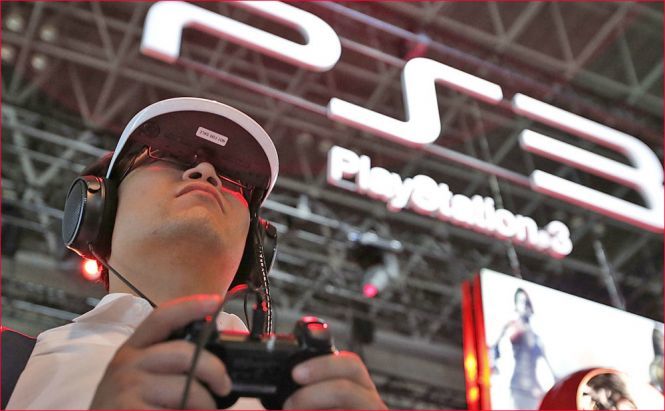 We are living in a time of great change, in all aspects of human lives. Things that seemed established forever are disappearing, new attitudes and practices arise. All of it is most prominently shown in the entertainment industry, because entertainment reflects everything else in our lives. Past generations had movies to reflect changing attitudes, but we have games. Let's take a look at the changes in gaming industry that will redefine its state in the years to come. Some of them are promising, others not so much.

Recent surveys show that the generation that grew on abundant videogames of the past years is finally entering the parenting stage. About three thirds of modern parents play games with their children now, and most kids get recommendations to play this or that game from their parents. Imagine the future where the long bloody stand-off between adults and teenagers about the dangers of games is over. Examples like Mortal Kombat of GTA are no longer marginalized. You can get them without any fear of being frowned upon by your own family. No more scandals connecting games to violence, no more misunderstandings. It's the same thing that happened to movies not so long ago. This change provides great perspectives for the industry, as the definition of 'family-friendly' becomes less restrictive.

At the same time, gadgets and gaming platforms can change to suit a wider demographic. More sales to new consoles with family-oriented features. Here's when the not so positive trend hits. With new generations of gamers preferring their tablets and phones, those devices are beginning to dominate the market. This leads to a change in the structure and volumes of games developed. Tablets and phones support very specific games in terms of production and design. Those games will not have big production budgets and topics targeted at narrower audiences. At least for a while, mobile games will remain the same, but now they will dominate the market. This could seriously impact the creative side of the industry, as games for 'big' platforms will be fewer and harder to make, as the market always favors cheaper products. We may well face the death of complexity and risk-taking.

Yet, there is a chance that this won't happen due to the next trend. Over the last several years we have seen a great deal of improvement in the independent part of game development. Industry giants like Valve began to support small teams willing to make something beyond the boundaries of mainstream. Then Kickstarter happened, and 'indie' went into a full craze mode. There are now more independent games in development than there are big studio projects. With industry being torn apart by sequels and the coming of the next console generation, indie is a life-saver.

There's also the factor of freeware Unity engine for development and digital distribution, which makes selling an indie game a lot easier, a new generation of independent developers is now in the playfield. Indie is becoming big, possibly providing a replacement for current gaming slowly being consumed by casual and portable segment.

Here's where we meet a new hazard. With crowdfunding redefining demand and sales, developers are starting to cater to their audience. They make their games more open, listening to what features and peculiarities the audience likes or dislikes. This helps solve many of the problems the industry has been riddled with. However, being open can sometimes prove to be a bad thing. Appeasing the audience leaves little room for creativity, and even indie developers can someday face the brick wall of popular demand. This could ruin the majority of the rising independent stars.

But still, there is a countermeasure to this danger. Both independent and major developers are now turning to the innovative field of virtual reality. Once forgotten, this technology is coming back in force, and more and more companies are starting to make plans to use the potential of devices like Oculus Rift or its alternatives for the benefit of gaming. VR games will most likely replace standard 3D videogames, like they replaced text adventures and board games of the past. With VR, new ways to play the game will appear, a field not yet filled with seeds of mainstream. Virtual reality opens limitless opportunities for creative design and gameplay mechanics. This could actually be the saving grace of both indie and mainstream, an alternative to casual and popular trends. All of the above may have a part in shaping the future of the industry. However, the most important factor will undeniably be the social media. Even the passing generation of games has had an extensive social segment, with social networks, achievement systems, cooperative gameplay and the continuing dominance of MMO. Playing games has always been a past-time for friends, and with current levels of globalization this aspect of new games will probably go to the next level. Virtual reality where you can be anyone along with new friends? Possible. Indie games the way you want them? Of course. Built-in twitter in Call Of Duty? Naturally.

The only concern I have about the rising social interactivity in games is that with so much to share and connect, will the gaming experience itself not suffer? If I'm busy getting an achievement, will I be able to stop and enjoy the moment? Social influences can make the process of playing a game something of a routine, a necessary chore on the way to social appreciation. This, despite all the optimism, worries me.

There are many factors at play. We can't possibly know everything the future holds for us gamers. But, as we can see, there is a chance for everything. Therefore, we can only hope that the trends we see as positive will prevail. However, what is positive is entirely up to each and every one of us. That is why we need to keep informed, keep learning about things that we may like or dislike. The future is up to us.

Previous story Best Tips for Taking the Perfect Picture with Your Phone Next story Can Hackers Steal a Car? Yes they Can.