A look back at the history of the franchise and thoughts on what to expect next. 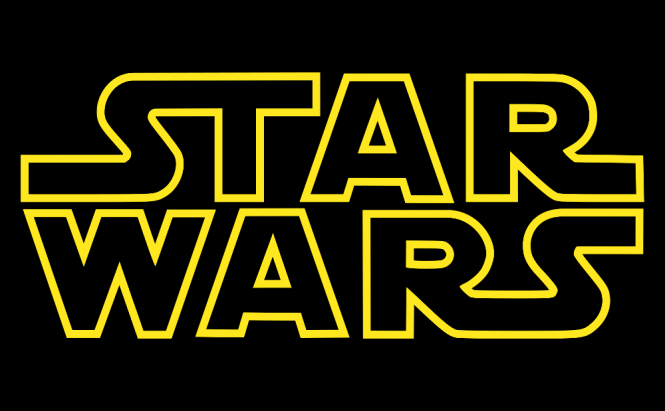 Now that Star Wars Episode VII is roughly two months from premiering, people start waxing nostalgic. This particular franchise being a cult phenomenon to rival some religions, it's no wonder mass culture spawned tons and tons of content such as games, books, movies and tabletop games. With the new movie coming out we can expect a new generation of thematic products, and we all know not all of them will be good. Disney proved that it takes good care of its new property — look at the unstoppable juggernaut that is the Marvel Cinematic Universe and the love it inspires. But Star Wars is special even among pop-culture icons, it holds a lot of special places in a lot of hearts. So, as a fan with taste, what do you choose when the time comes? In order to answer that, we need to look back at the history of the Star Wars Expanded Universe.

Expanded universe used to be the name for all the creative products with the Star Wars name outside of George Lucas's films and television animation series produced by him. Expanded Universe included books, games, toy lines and, eventually, video games. LucasArts, the company responsible for producing and controlling all such products, tried to create a mainstream timeline and connect all the creative works into a single fictional universe for both artistic integrity and larger profits. The main source of expansion for the universe have always been books, but some of the most famous and acclaimed entries in the former expanded canon include newer forms of entertainment. First of all, let us remember The Jedi Knight series. It began as a super project called «Mysteries of the Force», combining books, toys, music discs and, at the center of it all, a series of games featuring a young soldier-turned-bounty huner-turned-Jedi named Kyle Katarn adventuring in the Star Wars universe at the time of the events of the original trilogy. The games were so good they eventually earned sequels renamed the Jedi Knight series. For fans, it was just the stuff dreams are made of, but mainstream popularity was positive, if average. Only when the now-legendary Jedi Knight II: Jedi Outcast came out did the Star Wars games become blockbusters. Developed by Raven Software, the game quickly established itself as one of the greatest third-person shooters ever made. Having advanced lightsaber dueling mechanics didn't hurt. To this day, no one has made a better gameplay featuring the series' most iconic weapon. Even a decade later the Jedi Knight series are popular among Star Wars fans and casual gamers alike. Unfortunately, after Jedi Knoight II only one game has been created, and now that the old Expanded Universe is not canon thanks to the new owner's executive decision, we are unlikely to see any more of Kyle Katarn's adventures. Galaxies was pretty for its time... just not well-made

Another serious milestone is Star Wars in MMO gaming. In the early 2000s an idea to create a virtual world where players could live through genuine Star Wars experiences was implemented by developing a game called Star Wars Galaxies. The results were less than satisfactory. The game turned out to be a below-average MMORPG with poor gameplay,  a lack of freedom and tons of technical issues. Even the uber-popular franchise and the Prequel Trilogy films didn't help. Ah, KotOR... who didn't want a personal killer droid after this game?

Here, we have to have a small interlude. When first attempts at conquering multiplayer failed, LucasArts decided to play a little more with the Star Wars world and turned to the Galaxy's distant past creating the Old Republic period. This gave any creator a lot more freedom, since they were no longer confined within the timeline of the movies. First there were comics, but then a game that can easily contend with jedi Knight II for the title of the best Star Wars game ever came out: Knights of the Old Republic. Developed by veteran company Bioware, it was, and still is, one of the deepest most well-made roleplaying games in history. It captured the magic of Star wars perfectly, with likeable characters, epic story and a general feeling of wonder and adventure, as you embark on a quest to save the Republic from the Dark Side once again, thousands of years before the birth of Luke Skywalker, deciding who you want to be and what fate you wish to bestow upon the galaxy. The game was so well-received it single-handedly made Bioware, a niche developer before that, the titans of industry they are today. Needless to say, mainstream popularity of Star Wars among gamers grew even more. The game is still held in hight regard a decade later, recently having been ported to iOS.

Then, after a criminally rushed sequel to Knights of the Old Republic, LucasArts turned their eyes to the multiplayer again.This time the genre was action, and Star Wars: Battlefront was born, capitalizing on the popularity of online first-person tactical shooters like the Battlefield series. The game was a huge success, being both a great Star Wars experience even letting you take part in iconic scenes like the battle of Hoth or the assault on the Death Star, and a really entertaining online shooter. The sequel, Battlefront 2, did not receive the same warm reaction, unfortunately.

Seriously, was there a time without Jedi vs Sith wars?

Finally, in 2011, LucasArts decided they needed another shot at MMO. To avoid past mistakes, they hired Bioware to make the game, hoping that at least those guys will make a decent world and interesting quests. Turned out they were both right and wrong to do so. Star Wars: The Old Republic is a direct sequel to Bioware's Knights of the Old Republic taking place 300 years later and chronicling the events of the great war between the Jedi and the Sith that led to the eventual destruction of the original Sith Empire mentioned in the movies. It is epic in scale and revolutionary in storytelling, actually providing an immersive story with fully-voiced protagonists with companions and attributes more suited for a solid single-player RPG, only operating in an online world. Initially, the game was let down by its marketing team, and the reception was lukewarm, people claiming that it was not as deep an online game as they expected, and old fans stating they would have preferred a single-player sequel rather than an MMO cash-grab. But over the years, The Old Republic gained the momentum it needed and is now one of the most popular MMORPGs in the world.

And here we are, months away from the new movie. Old games and books and comics are now officially «legends» because Mickey Mouse said so, which means that the hugely profitable Expanded universe is non-canon, and a new generation of media will take its place. It's already happening, with the reboot of Battlefront having been announced at E3, new books and TV cartoons coming out and Disney cleverly exploiting mobile platforms with things like Star Wars card games and Angry Birds spin-offs. Are we likely to see something as good as jedi Knight and Old Republic games? I don't know. Are we likely to see something as mediocre as the Empire At War strategy game or as controversial as The Force Unleashed duology? Probably. Hit and miss is unavoidable in a large-scale business such as earning money with a franchise as big as Star Wars. But, as fans, we'll have to take it all, the good and the bad.

Luckily for people less geeky, they can just enjoy the good things.